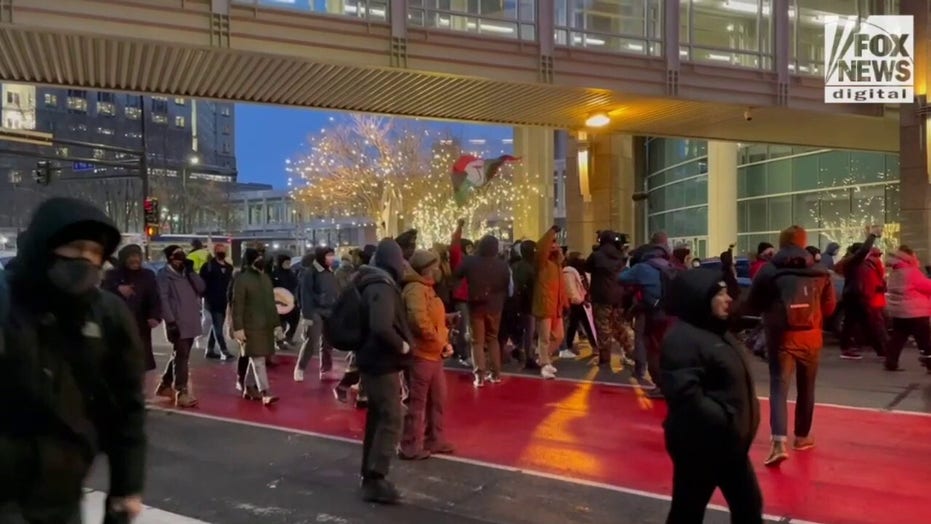 Protesters march through Minneapolis in support of Daunte Wright after first day of testimony in the trial of Kim Potter.

All eyes are now on Kim Potter as the former suburban Minneapolis police officer is expected to testify in her own defense on Friday.

Potter, a 26-year police veteran, is facing first- and second-degree manslaughter charges after shooting and killing Daunte Wright, a 20-year-old Black man, in April when she mistook her Taser for her handgun.

After the prosecution rested its case Thursday morning, Judge Regina Chu asked Potter if she still wanted to testify.

“Yes, your honor,” Potter responded, verbally addressing the court for one of the first times. “I’ll testify.”

“You don’t need any more time to think about that?” the judge asked

“No, your honor,” Potter said.

One of her attorneys, Earl Gray, chimed in to tell the judge, “For the record, we have thought at length about that, and she wants to testify.”

Matthew Barhoma, a criminal defense appeals attorney who is not involved in the case, said Potter’s case “lives or dies” on her testimony.

Daunte Wright, left, was killed in an April traffic stop. Kim Potter, right, is charged with manslaughter in his killing.
(Facebook/Hennepin County Sheriff)

“No matter how great the defense is, if you fumble on the stand here in front of the jury, you’re never going to win them back,” Barhoma told Fox News Digital. “It’s a do-or-die strategy.”

The prosecution called about two dozen witnesses before resting its case, including Wright’s mother, father and girlfriend, to give “spark of life” testimony, which is permitted in Minnesota courts.

Randy Zellin, the head of the criminal practice at Wilk Auslander LLP and an adjunct professor of law at Cornell University, said Potter’s best chance of being acquitted lies in making her own connection with the jury from the witness stand.

“I do believe that somehow she needs to take the jury back, have the jury step into her shoes, and try to understand what she was going through in that moment, the terror,” Zellin, who is also not involved in the case, told Fox News Digital.

“She needs the jury to understand that she was mistaken, but not so mistaken that it becomes criminal.” 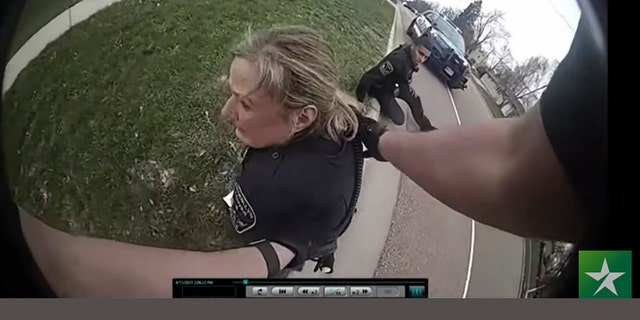 In this screen grab, police body cam video is shown in court on Friday, Dec. 10, 2021 at Hennepin County Courthouse in Minneapolis, Minnesota, of former Brooklyn Center Police Officer Kim Potter reacting after a traffic stop in which Daunte Wright was shot on April 11, 2021. (Court TV, via AP, Pool)

The defense has argued that Potter made a mistake, but that it never would have happened if Wright surrendered.

Several different body camera videos have been played for the jury throughout the trial. Potter and her trainee, Anthony Luckey, originally pulled Wright over because he had expired tags. The pair tried to arrest Wright when they realized he had an outstanding warrant on a weapons violation, but Wright tried to get back into his car.

As the officers struggled with Wright, Potter threatened to Taser him twice before yelling, “Taser, Taser, Taser,” and fatally shooting him once in the chest with her handgun.

The shooting occurred in Brooklyn Center in April, only about 10 miles away from where Derek Chauvin was being tried for murder charges in the death of George Floyd.

“The biggest question that a defense attorney is faced with is, will my client pass muster on cross-examination? And who is that person that’s cross-examining them? And in this case, that individual is very, very, very detail-oriented,” Barhoma said.

“So is Potter going to be able to pass muster against this kind of scrutiny and really be able to uphold that this was human error, that this was not recklessness, and that she should not be held liable for that?”