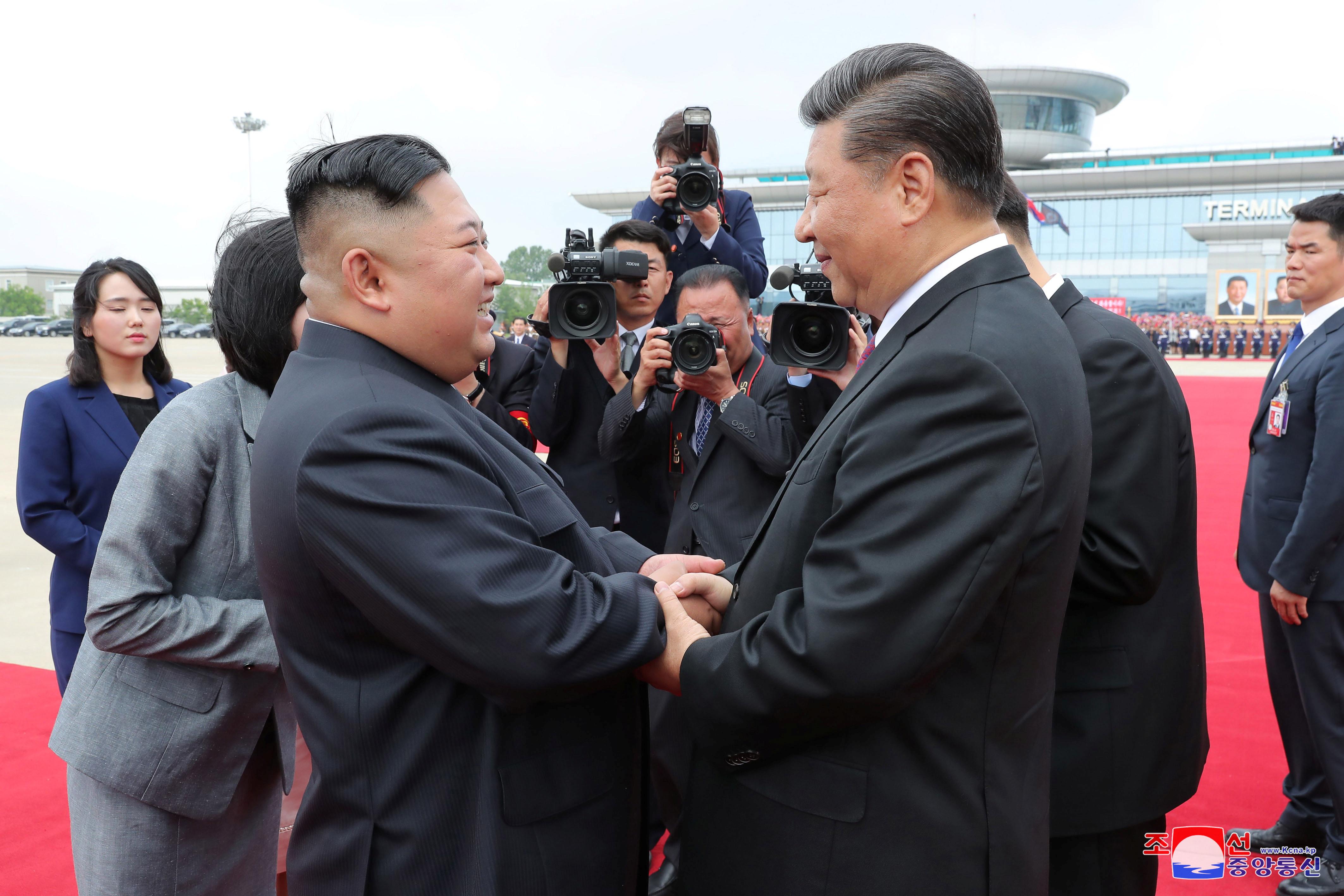 Xi left the North Korean capital Pyongyang on Friday after a two-day visit, the first by a Chinese leader in 14 years.

China is North Korea’s only major ally and Xi’s visit was aimed at bolstering the isolated country against pressure from United Nations sanctions over its nuclear and missile programs and stalled denuclearization talks with the United States.

The visit comes a week before Xi and U.S. President Donald Trump are due to meet at a Group of 20 summit in Osaka, Japan, amid a trade dispute that has rattled global financial markets.

During a luncheon on Friday, the last day of Xi’s visit to Pyongyang, the leaders discussed a series of plans for strengthening collaboration between their two countries, and talked about the “major internal and external policies” of their respective countries and exchanged views on domestic and international issues of mutual concern, KCNA said without elaborating.