‘Russia wants to create North and South Korea in Ukraine’: Ukrainian military chief says Putin is trying to split country in two as separatists in rebel-held Luhansk say they will hold referendum on joining Russia

Russian-backed separatists in the eastern Ukraine region of Luhansk are set to hold a referendum on joining Russia ‘in the near future’, prompting a severe rebuke from Ukraine who vowed a ‘total’ guerrilla warfare to prevent the country splitting in two.

Leonid Pasechnik, the head of the self-proclaimed Luhansk People’s Republic, today said that it could hold a referendum ‘in the nearest time’ asking voters whether they support making the region part of Russia.

The referendum could mark a precursor to the formal annexation of more Ukrainian territory by Russia, as it did in Crimea after Russia seized the Ukrainian peninsula in 2014.

Crimeans voted overwhelmingly to break with Ukraine and join Russia – a vote that most of the world refuse to recognise.

The move prompted Ukraine’s military intelligence chief to accuse Russia of wanting to split Ukraine in two, as happened with North and South Korea.

‘In fact, it is an attempt to create North and South Korea in Ukraine,’ Kyrylo Budanov, the head of Ukrainian military intelligence, said in a statement, referring to the division of Korea after World War Two. 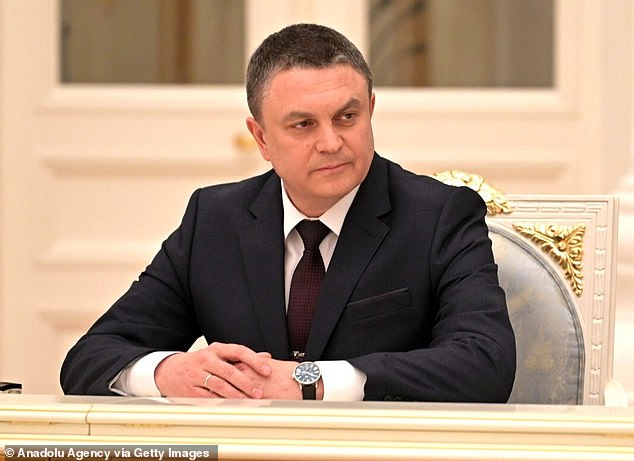 Leonid Pasechnik, the head of the self-proclaimed Luhansk People’s Republic, today said that it could hold a referendum ‘in the nearest time’ asking voters whether they support making the region part of Russia 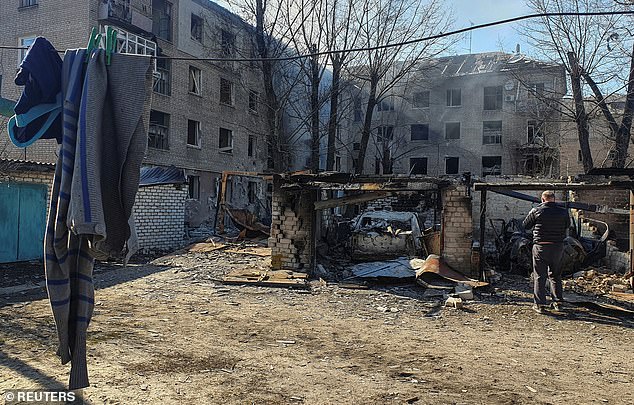 A man stands next to cars destroyed by a shelling, as Russia’s attack on Ukraine continues, in Rubizhne, the Luhansk region, Ukraine

‘In addition, the season of a total Ukrainian guerrilla safari will soon begin. Then there will be one relevant scenario left for the Russians, how to survive,’ he said.

Putin used the apparent protection of the two eastern Ukrainian regions as a pretext to start their barbaric invasion on Ukraine. 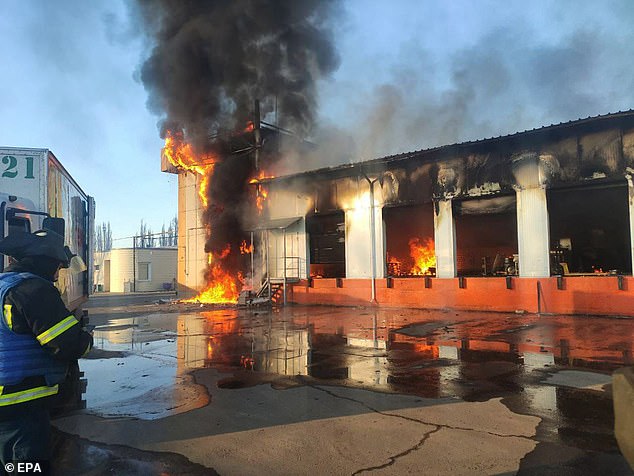 Firefighters respond to a large-scale fire at a warehouse following shelling in Severodonetsk, Luhansk region, Ukraine. 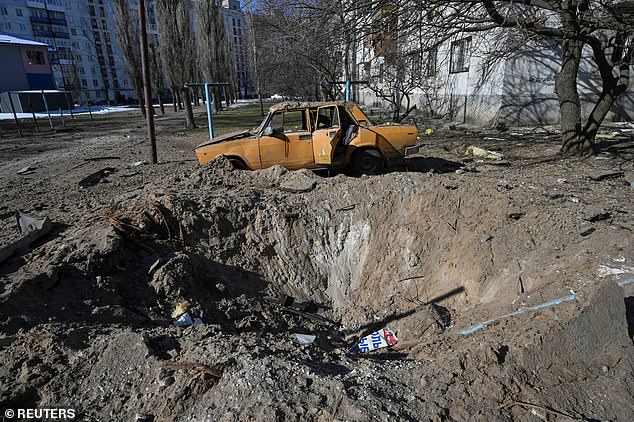 A shell crater in seen at a residential area amid Russia’s attack on Ukraine, in Sievierodonetsk, Luhansk region, Ukraine

After more than four weeks of conflict, Russia has failed to seize any major Ukrainian city and Moscow signalled on Friday it was scaling back its ambitions to focus on securing the Donbass region of eastern Ukraine, where Russian-backed separatists have been fighting the Ukrainian army for the past eight years.

Russia has supported the separatist rebels in Luhansk and the neighboring Donetsk regions since an insurgency erupted there in 2014 shortly after Moscow’s annexation of the Crimean Peninsula.

In talks with Ukraine, Moscow has urged it to acknowledge Russia’s sovereignty over Crimea and the independence of the Donetsk and Luhansk regions.