LONDON (Reuters) – A memorandum leaked from within the British government gives a taste of a possible finale to the Brexit drama: Prime Minister Theresa May hails a deal in just over 10 days, supporters cheer as arranged, and the pact is put to a vote in parliament on Nov. 27. 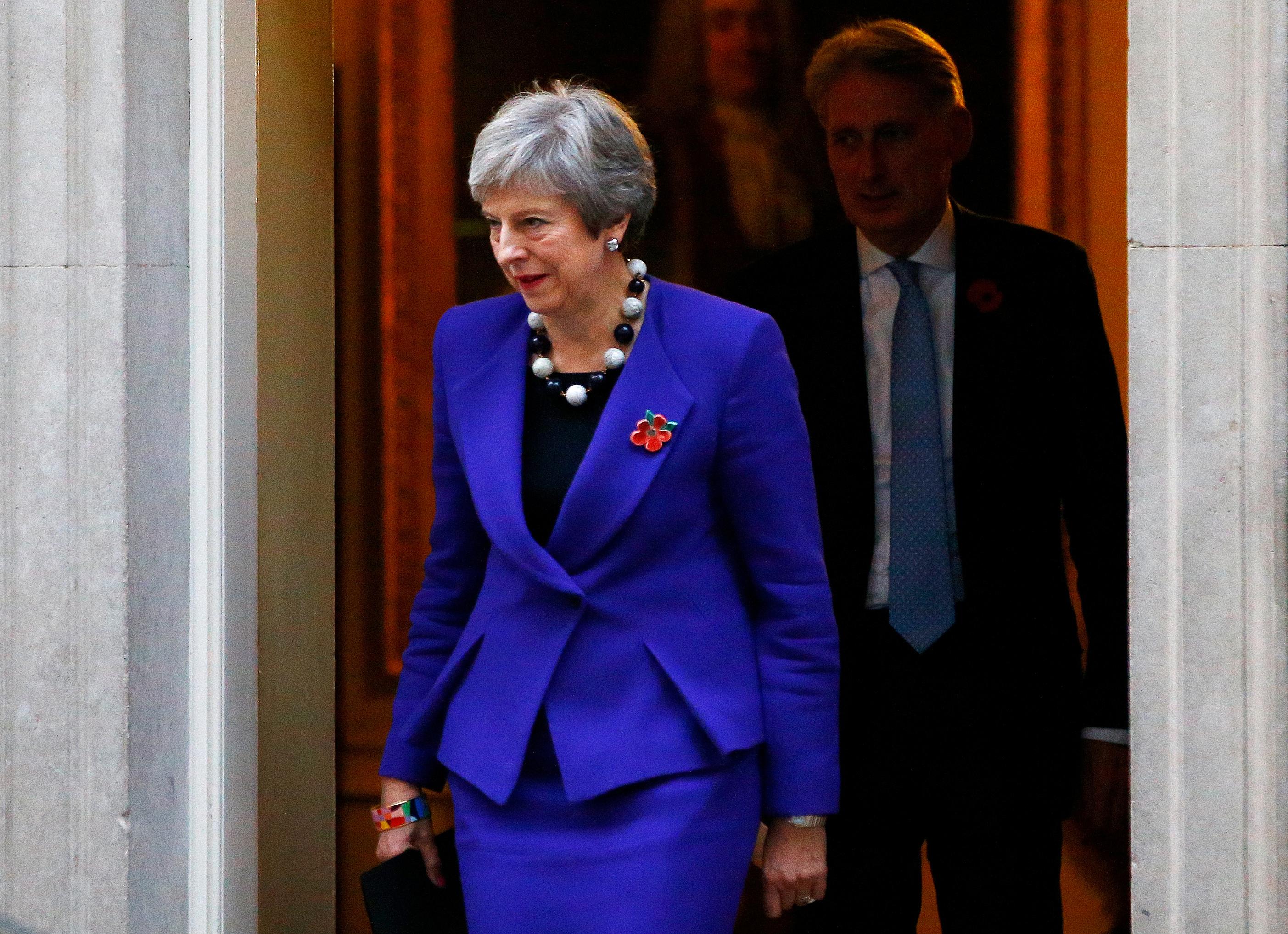 May’s office dismissed the document, which was published on Tuesday by the BBC, and said the poor spelling and childish language indicated it did not represent government thinking, though a spokesman did not explicitly deny the document was genuine.

Less than five months before the United Kingdom is due to leave the European Union on March 29, a deal is nearly done, but officials have repeatedly cautioned they are still haggling over the Irish border issue.

According to the communications memorandum, headed “Brexit Communications Grid Summary”, May’s cabinet was to review the deal on Nov. 6, with Brexit Secretary Dominic Raab announcing decisive progress on Nov. 8.

After a deal was clinched, leaders such as Japan’s prime minister would tweet in support. Irish Prime Minister Leo Varadkar’s name was spelled incorrectly.

“The big picture is that a deal is close,” said Anand Menon, professor of European politics at King’s College.

Like others named in the document as figures who should publicly back the deal, Menon said he had not been contacted about giving choreographed support.

“The big unknown is we don’t know how parliament will respond to the deal,” he said.

It is unclear whether May can get the British parliament to support a Brexit deal: About 320 votes are needed to win, but May’s 315 Conservative lawmakers are not united behind her plans.

The memo said the vote would take place on Nov. 27:

“Evening is the vote. HISTORIC MOMENT, PUT YOUR OWN INTERESTS ASIDE, PUT THE COUNTRY’S INTERESTS FIRST AND BACK THIS DEAL,” the leaked document said.

If May fails to clinch a Brexit deal with the EU, or parliament votes down her deal, then the United Kingdom would face leaving the EU without a divorce deal, and thus without a transition period.

Many business chiefs and investors fear a “no-deal” Brexit would weaken the West, panic financial markets and block the arteries of trade.