The NBA star and fellow Lakers wore the bright-red hats before and after their first playoff appearance against the Portland Trail Blazers. The hat read, “Make America Arrest the Cops who Killed Breonna Taylor.” 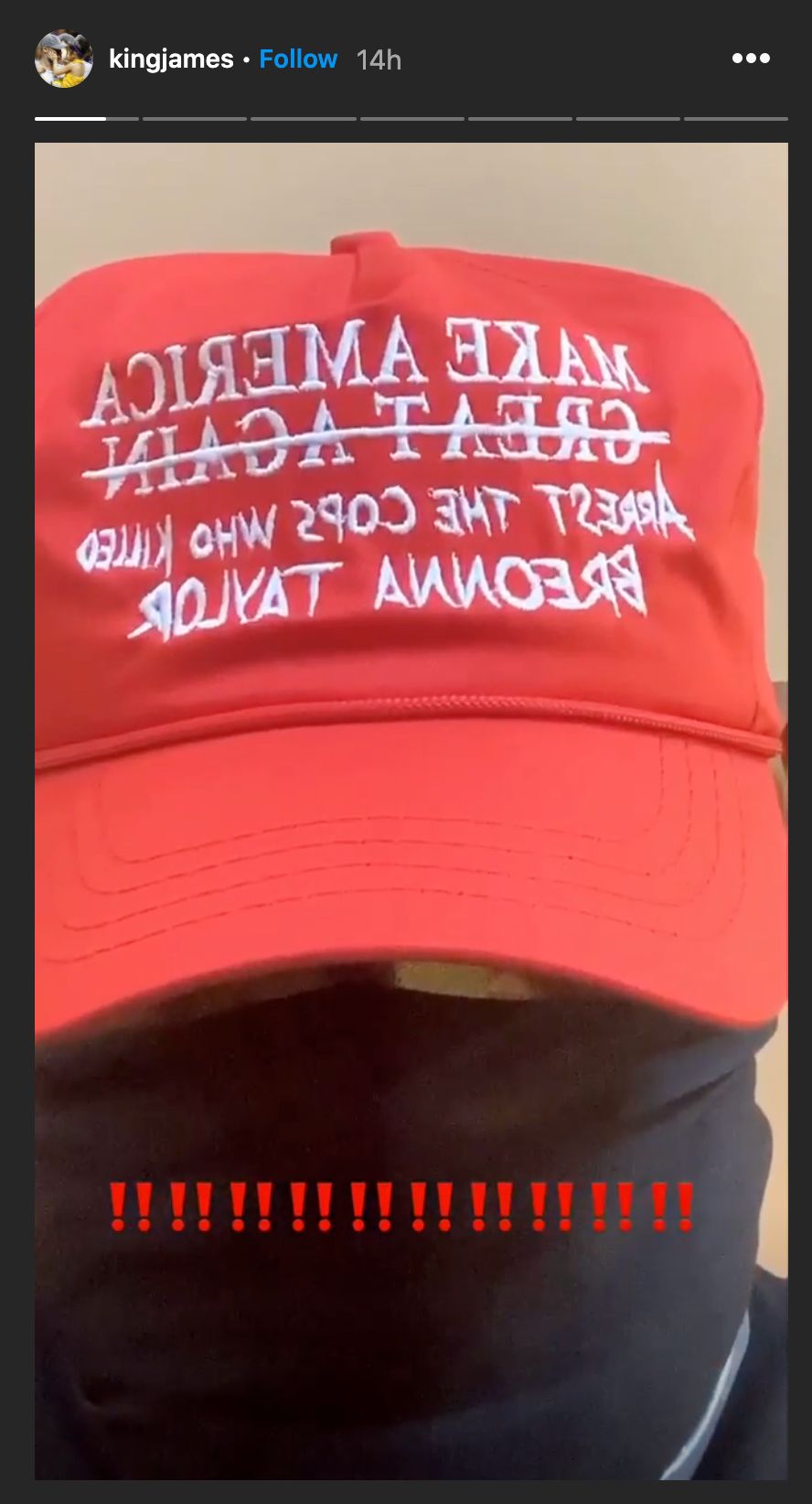 Taylor was the 26-year-old emergency room technician shot and killed by police officers in her Kentucky home in March. Police had used a no-knock warrant to enter in search a suspect who did not live there.

Earlier in the night, the Los Angeles Lakers Twitter account shared images of the team wearing the hat, with James leading the charge.

At a news conference on Tuesday night after the game, James explained his decision to wear the hat:

You know the situation that’s going on in Louisville, Kentucky. An innocent woman being killed by the name of Breonna Taylor. A woman who had a bright future, and her life was taken away from her. There’s been no arrests. There’s been no justice, not only for her but for her family. And we want to continue to shed light on that situation, which was unjust. That’s what it’s about.

The Lakers join many high-profile people and groups calling for the arrests of the officers involved in Taylor’s death — Detective Brett Hankison, Sgt. Jonathan Mattingly and Detective Myles Cosgrove.

Last month, WNBA players announced they would pay homage to women who have been killed by police and in episodes of racial violence with “special uniforms to seek justice for the women and girls, including Sandra Bland, Breonna Taylor, Vanessa Guillen and many more who have been the forgotten victims of police brutality and racial violence,” according to a statement from the league.

Their warmup jerseys have “Black Lives Matter” on the front and “Say Her Name” on the back.

Celebrities like Cardi B, Oprah, Jennifer Lawrence and Beyoncé have also spoken out for justice or been part of wide-scale efforts to make people aware of what happened to Taylor.

It has been more than 150 days since Taylor’s death and none of the officers has been charged. Hankison was fired, while Mattingly and Cosgrove were placed on administrative leave.