All is not well in the land of the Los Angeles Lakers, and LeBron James apparently has a thing or two to say about that.

A day after a 110-99 loss to the Denver Nuggets to fall to 0-4 on the season, the Lakers star posted a video of himself dunking during the game with a pointed message: "How long will you be taken for granted….."

Obviously, cryptic social media posts are nothing new from James. He has posted alot of themover the years, and this statement very likely has a message behind it as well. A generous read of this latest statement would be that James doesn't want fans to take his overall greatness for granted, but context is pivotal here.

As we said before, the Lakers are 0-4. They missed not just the playoffs, but the play-in tournament last season. They didn't trade their lightning rod of a point guard in Russell Westbrook, and instead retooled with a supporting cast that simply doesn't work well with James. They are already looking like one of the worst 3-point shooting teams in NBA history, to the surprise of none.

The Lakers are a disaster, even though James is averaging 25.3 points, 10.0 rebounds and 7.8 assists per game at 37 years old. Even after a brutal performance down the stretch against the Nuggets, he is on track to have one of the best seasons the NBA has ever seen at his age.

James' long-term future with the Lakers has been a question for years now, even after he signed a two-year, $97.1 million extension this summer (which just happens to line up with when his son Bronny could reach the NBA). It's not hard to see another miserable season in Los Angeles affecting those plans, even when he helped lead the Lakers to where they are now. 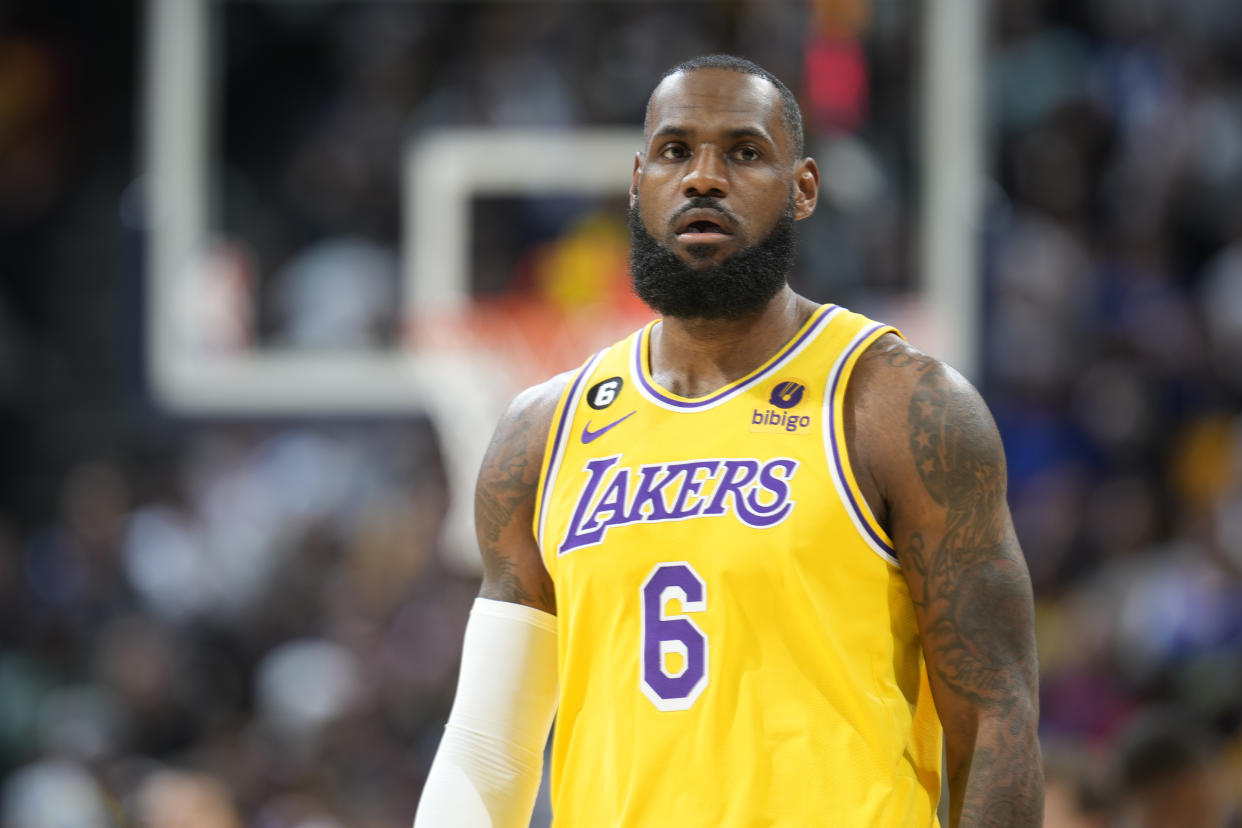 When a player is saying to not take him for granted while he's playing well and the rest of the team isn't, you probably want to pay attention, especially when he has a track record of cryptic statements and changes in employment.

This might only be the beginning of a series of cryptic posts, considering the Lakers don't face a single team below .500 until the Sacramento Kings on Nov. 11, which is seven games from now.