DELIGHTED drinkers in Leicester were today celebrating supping their first pint with their pals in nearly five months with with one grinning: "It beats staring at four walls all day and speaking to the missus!"

The East Midlands city has finally seen pubs reopen following a local lockdown which began on June 29 after a spike in coronavirus infections.

Pubs, restaurants, cafes and hairdressers reopened today in the city as part of the new relaxation of the rules, announced by Health secretary Matt Hancock last Thursday.

Though separate households are still banned from meeting indoors inside pubs, up to six people can now meet in beer gardens so locals can enjoy a beer with friends in the sunshine.

Chris Driver, finally back in his local boozer, said: "People have been going stir crazy stuck at home all this time.It’s brilliant to be here again with your mates and a decent beer."

Former cleaner Chris, 56, enjoying a pint of John Smith’s with his ex labourer chum Ronnie, 64, at The Market Tavern, joked: "Apart from seeing his ugly mug it’s a joy to be back. It’s been a long time coming and the boredom at home was driving me mad.

It beats staring at four walls all day and speaking to the missus!

"I was here at opening at 10am and will no doubt will still be here at closing time.

"It beats staring at four walls all day and speaking to the missus!"

He added: "Leicester’s renowned for  three things – Leicester City winning the Premier League, Richard III being buried here and the city being stuck in the longest lockdown.

"Now the pubs are back open  I’ll be back here every day."

Elsewhere four mates, who have been drinking companions for 50 years, had an emotional reunion at their favourite boozer.

Retired bin man Ben Cartwright, 74, beamed: "It’s brilliant to have a pint with the lads again. It’s the first time we’ve got together since the start of lockdown, we’ve only spoken on the phone.

"It’s my first proper pint and it tastes so good. I’ve not had a drink at home in all these weeks."

Geoff said: "I've been looking forward to this day for weeks and being back in the pub with your mates. We’ve known each other since our teens and have been drinking together for 50 years."

And Justina Jureviciene, 31, sipping her first pint in months at the Market Tavern, smiles: "I’ve really missed a pint of beer. I’ve been in furlough and not been drinking at home."

As well as pubs, restaurants , cafes, hair and beauty salons and non essential shops were also allowed to re-open their doors in the popular East Midlands city.

Leicester residents are also allowed to visit a place of worship from today, while cinemas have also reopened.

And some eateries were taking advantage of the Government’s Eat Out to Help Out scheme, which started today.

Leisure centres, gyms and pools however remain closed under the restrictions – and overnight stays in another person's home are still banned.

Diners can enjoy 50 per cent discount up to £10 per person on food and non alcoholic drinks to eat or drink in.

The measures were relaxed as clothing retailers were among those allowed to welcome back customers on July 24.

But bars, restaurants and hairdressers remained closed, with the mayor last month accusing the Government of taking a "sledgehammer approach". 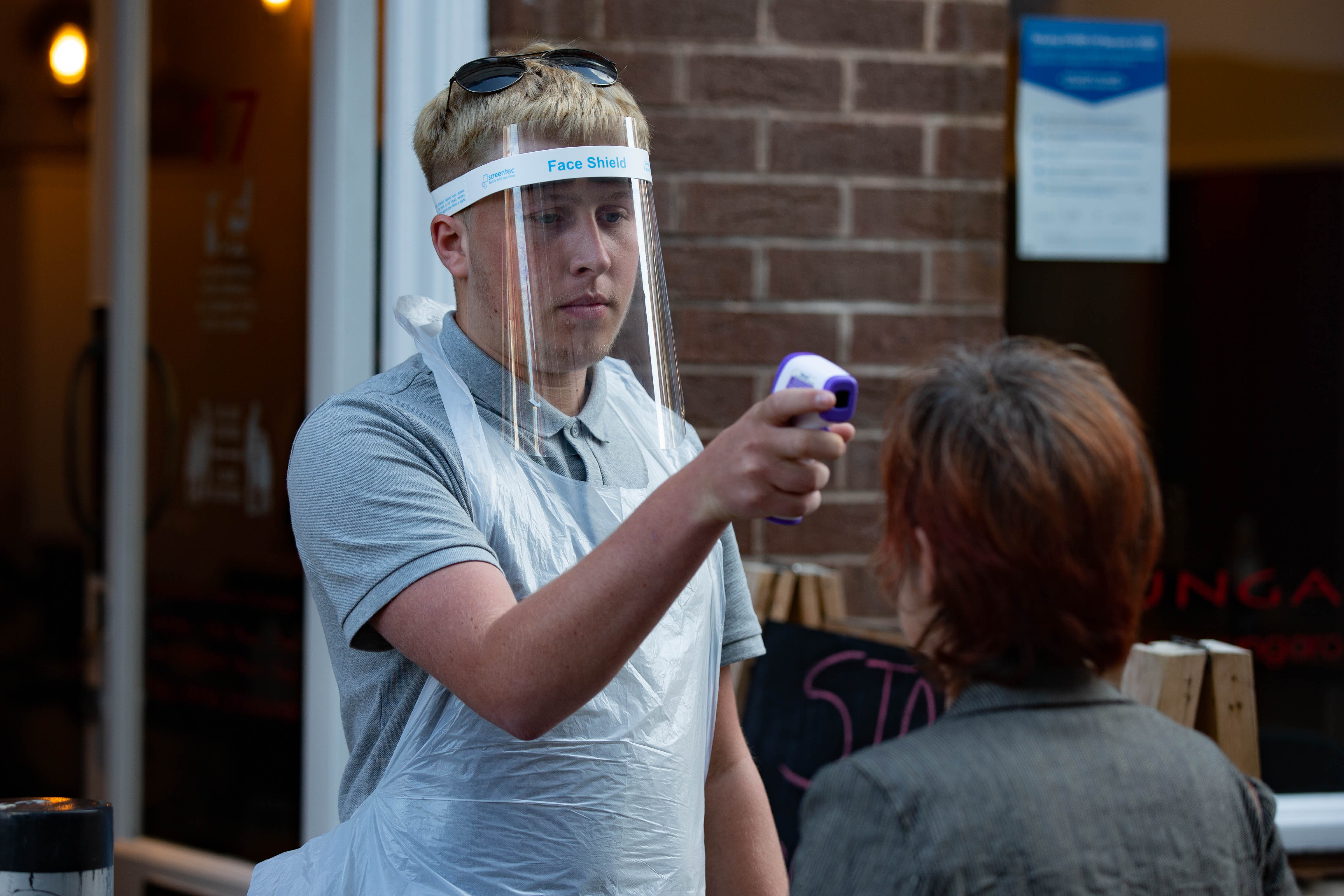 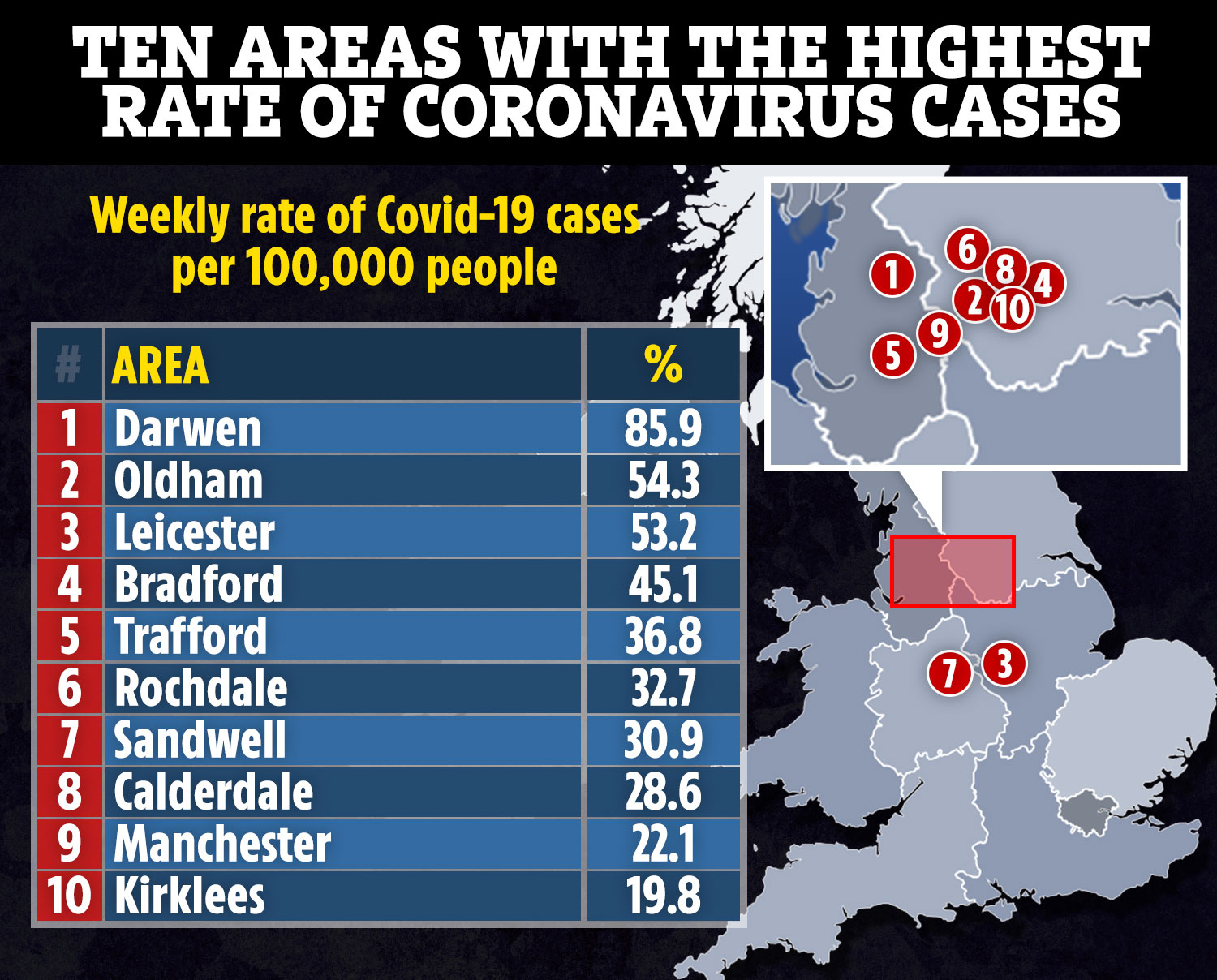 The city was the first in the UK to enter a local lockdown – as part of efforts by the government to target badly hit-areas by monitoring clusters of infections with contact tracing.

Leicester endured a strict lockdown, with cops carrying out spot checks on passengers arriving at Leicester station and issuing £100 fines for those leaving the city.

But infection rates have come down in the city, which now has a rate of 77.7 per 100,000 people over the same period, according to the latest data from Public Health England (PHE).

The relaxation in rules brings Leicester in line with parts of the North West of England, which has seen restrictions reintroduced after a surge in infections.

People from two households in Greater Manchester, Blackburn with Darwen, Burnley, Hyndburn, Pendleton, Rossendale, Bradford, Kirklees and Calderdale have been banned from meeting indoors to curb the spread of the virus. 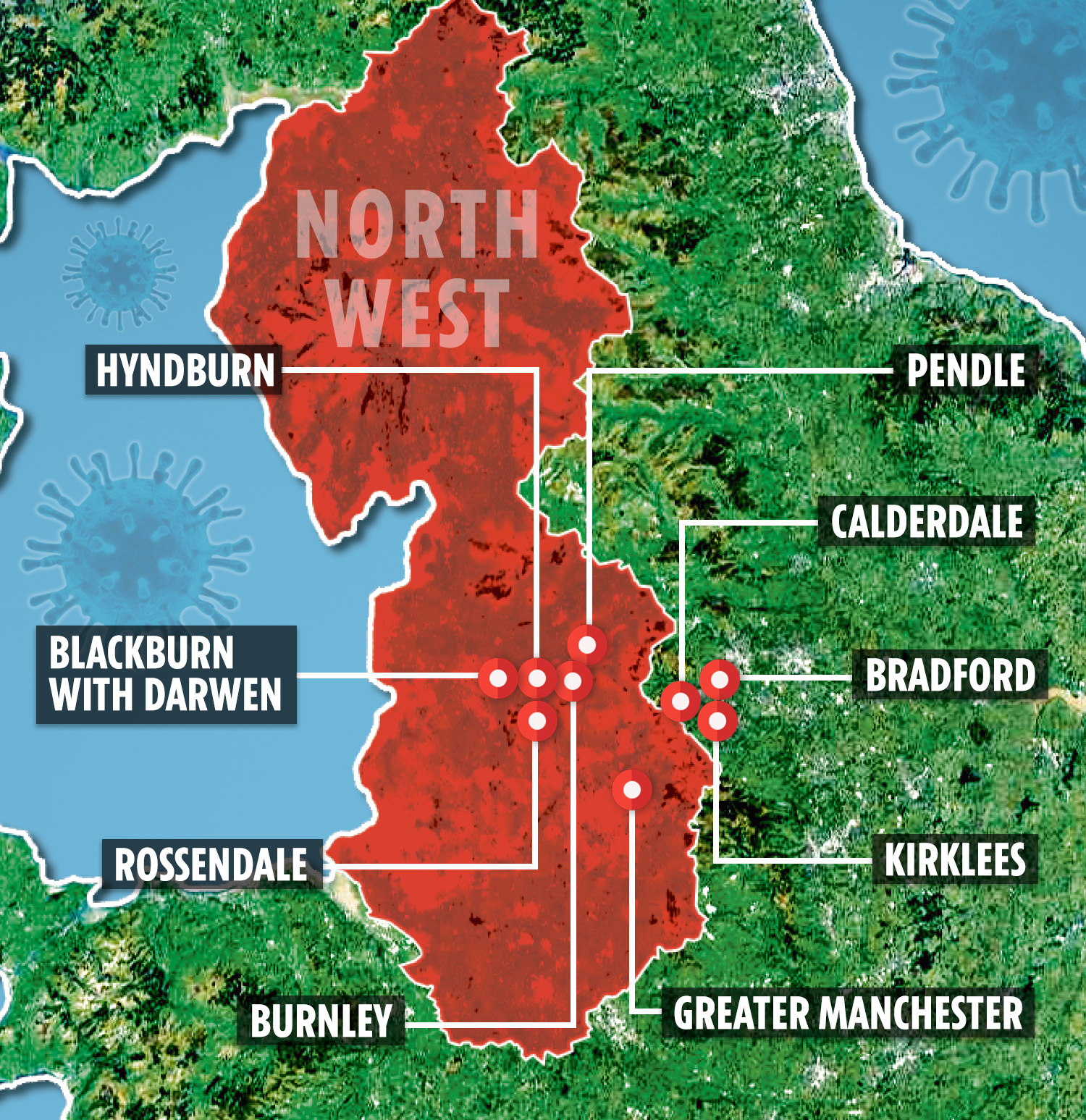