‘I want to live a life of service’: Comic Leslie Jordan says in one of his final interviews he got ‘happiness’ from giving to people – which he learned in alcohol recovery two decades ago

Leslie Jordan said he wanted to use his fame to help people in one of the last interviews the beloved Will and Grace actor gave before his tragic death on Monday.

Jordan’s touching words came in a CBS Mornings interview filmed two weeks before his death, which was intended to be aired next week but was instead shared today in light of the tragedy.

The comedian died yesterday after suffering a medical emergency while driving, and then crashed his BMW into the side of a Hollywood building, DailyMail.com revealed. He was 67.

In the interview Jordan discussed how his years-long battle with addiction taught him that the best path towards clean living was to be ‘of service’ to other people, and about how following that code had brought him happiness. 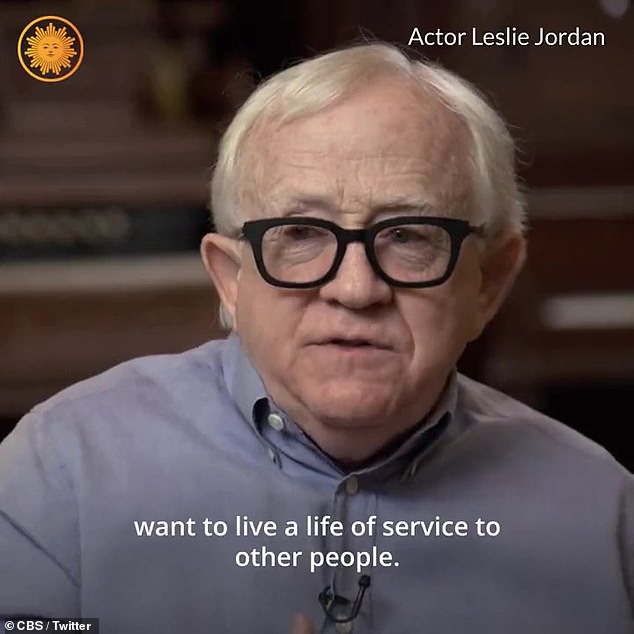 Speaking with CBS’s Anthony Mason, Jordan discussed how fame provides a ‘platform’ to either give or take from people.

‘The only thing that fame gives you is a platform,’ he said. ‘And then you have to decide am I gonna give or am I gonna take? And I want to give – I want to leave a mark in some ways – but I want to be of service.’

Jordan said it was his journey towards sobriety after years of alcohol abuse which taught him that best way to live happily and cleanly was to give.

‘You know you learn that in recovery very early on, that the way in which to stay clean and to stay sober is to be of service to another, and that takes you out of yourself,’ he said.

‘I think that’s it that I want to live a life of service to other people, and that gives me happiness.’ 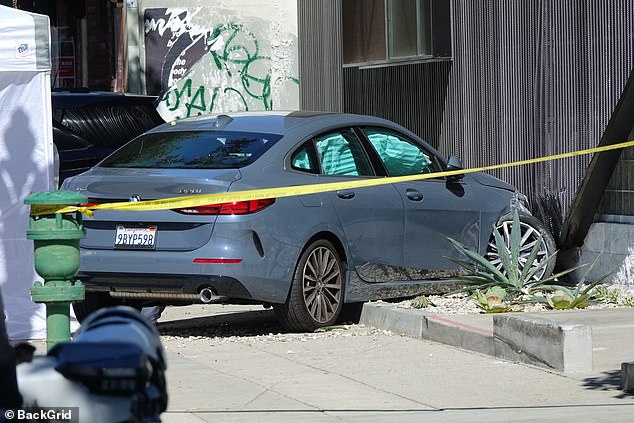 Jordan died yesterday at 61 after suffering a medical emergency while driving, and then crashed into the side of a Hollywood building 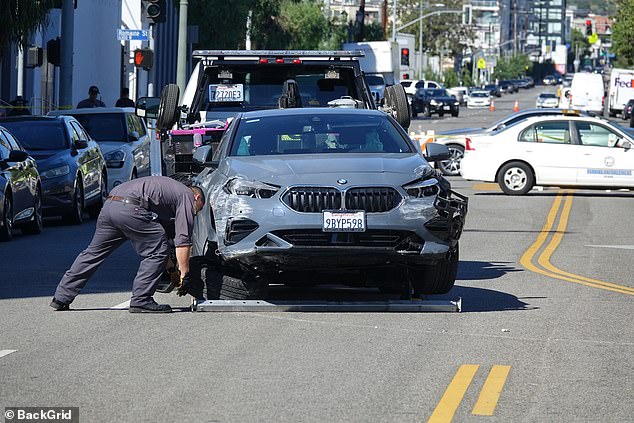 It remains unclear what sort of medical emergency Jordan suffered, and whether that killed him or if he died as a result of the ensuing wreck

Though Jordan gained fame for parts on television shows like Murphy Brown, Will and Grace, American Horror Story, and Call Me Kat, his career gained an unexpected resurgence during the Pandemic through his daily Instagram posts.

The comedian posted short clips – sometimes comedic sketches, other times merely videos of him bemoaning the boredom of lockdown – twice a day for eighty days in a row during the pandemic.

His Instagram following exploded, going from about 80,000 followers to nearly 6million in a matter of weeks, plus an additional 2.3million followers on TikTok.

‘Give me a good pandemic, and I’ll flourish,’ he laughed. ‘I don’t know what happened. ‘People have said to me, ‘What’s the secret?’ I have no idea. It would jump a million a day.’

‘I was just thinking, ‘My gosh, who are these people that want to hear what I have to say?” Jordan added. ‘It was just the innocence of it, I guess.’ 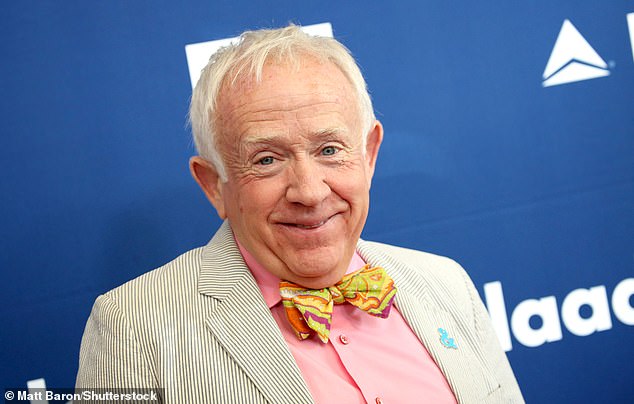 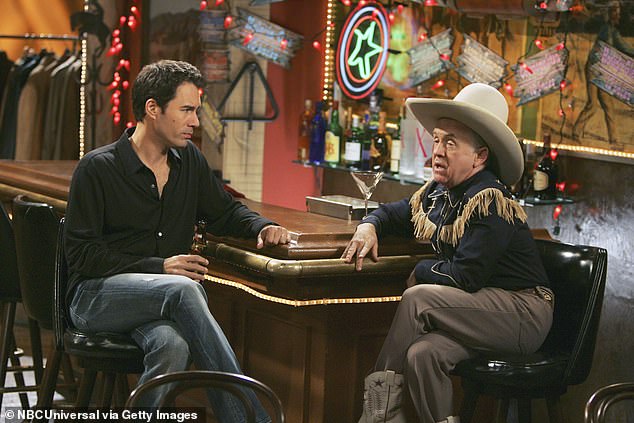 Jordan told how he got into acting in college at the University of Tennessee at Chatanooga.

‘I got up in that intro to theater class and it just hit me like a drug,’ he said. ‘I went to the head of the department and said ‘Tell me what to do,’ and he said ‘First let’s learn how to pronounce it. It’s not thee-a-ter, it’s theater.’

After school he moved to Hollywood, and Jordan recalled some of his early roles in commercials.

‘I got a couple of commercials and got on a kind of a roll with that,’ he said. ‘I was the elevator operator to hamburger hell for taco bell where you co when you don’t eat hamburgers.’ 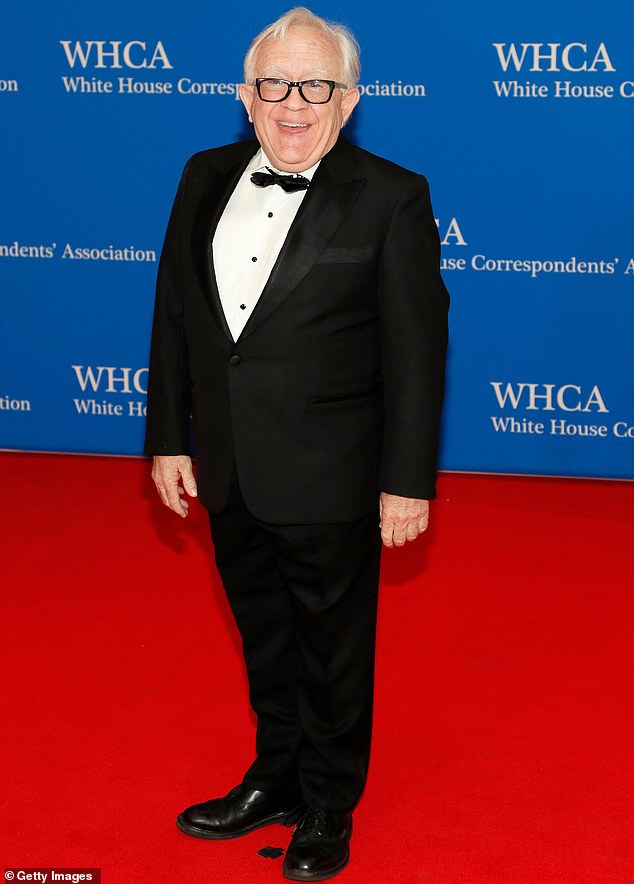 Shortly before his death Jordan also started an unexpected career as country singer in Nashville.

‘I had a Sunday Instagram hymn singing, and where we would just sing these old hymns I grew up with, and people started tuning in,’ he said. ‘And so, somehow from that, we decided to make an album.

‘So unexpected, just to happen in my sixties. I’m a country music singer now!’ he said.

‘I love Nasville, and the way that Nashville embraced me, and to be taken kind of serious, and to have made an album with Dolly Parton, Chris Stapleton, Brandi Carlile. You know, that’s something.’ 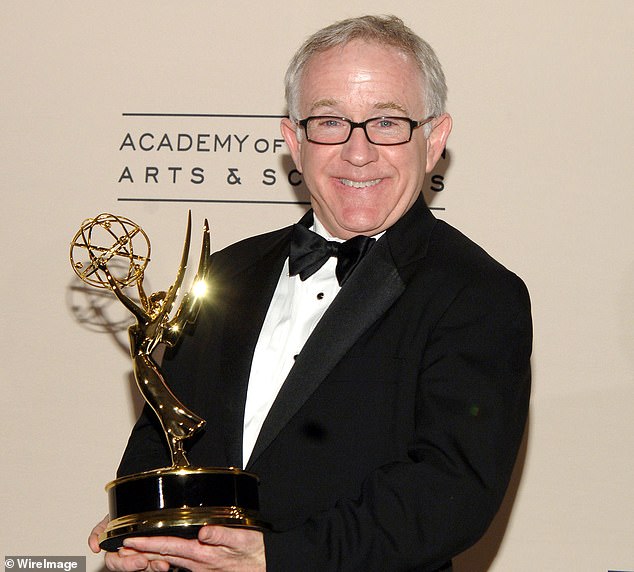 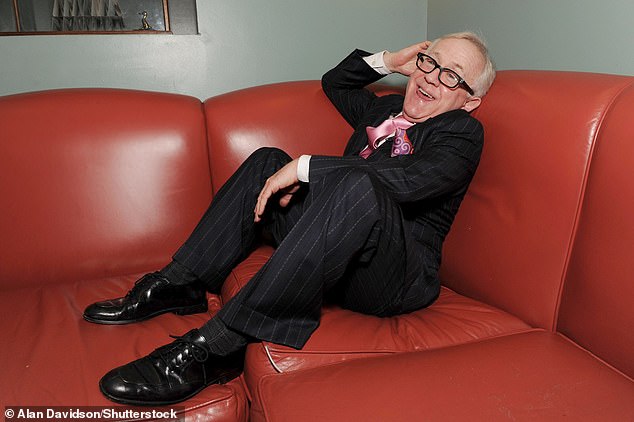 It remains unclear what sort of medical emergency Jordan suffered, and whether that killed him or if he died as a result of the ensuing wreck.

Los Angeles Police Department told DailyMail.com that they received reports that a car crashed into a wall located at Romaine Street and Cahuenga Blvd about 9.30am.

Photos from the accident showed his blue BMW hopped up on the Hollywood curb with its front right wheel and fender smashed from the collision.

Jordan was born in Chattanooga, Tennessee and lived in Los Angeles. He won an on outstanding guest actor Emmy in 2006 for his role as Beverly Leslie in NBC’s hit show ‘Will & Grace’ on which he had a recurring role.

His co-stars, Sean Hayes and Eric McCormack, were among the first stars to pay tribute to him.

Sean Hayes wrote on Twitter: ‘My heart is broken. Leslie Jordan was one of the funniest people I ever had the pleasure of working with. Everyone who ever met him, loved him. There will never be anyone like him. A unique talent with an enormous, caring heart. You will be missed, my dear friend.’

Co-star Eric McCormack, who played the leading role of Will Truman, said he was ‘crushed’ by the loss.

‘The funniest & flirtiest southern gent I’ve ever known. The joy and laughter he brought to every one of his #WillandGrace episodes was palpable. Gone about thirty years too soon. You were loved, sweet man.’