Library police officer is killed during baton training after retired lieutenant, 58, hired to help with exercise took out a gun and fired a shot 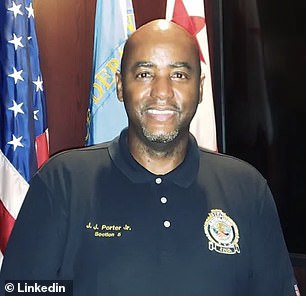 Former police lieutenant Jesse Porter, 58, shot and killed a woman during a training exercise at a Washington DC library

A retired police officer fatally shot a woman during a training exercise at a Washington DC library, according to the metropolitan police.

Former police lieutenant Jesse Porter, 58, was arrested after he pulled out his gun and shot 25-year-old Maurica Manyan, from Maryland, in the conference room of the Anacostia Neighborhood Library.

He was teaching officers how to use batons right before the incident, which usually includes a brightly-colored training gun.

The victim is said to have paused to take off her mask and adjust her hair for a picture, before Porter pulled his gun from its holster, pointed it at her and fired.

According to one witness, Porter said, ‘I thought I had my training gun. Why did I do this? Is she OK?’

The trainer had reportedly drawn the pistol to demonstrate how quickly it could be done, seemingly mimicking an attack that they would have to defend against using the batons. 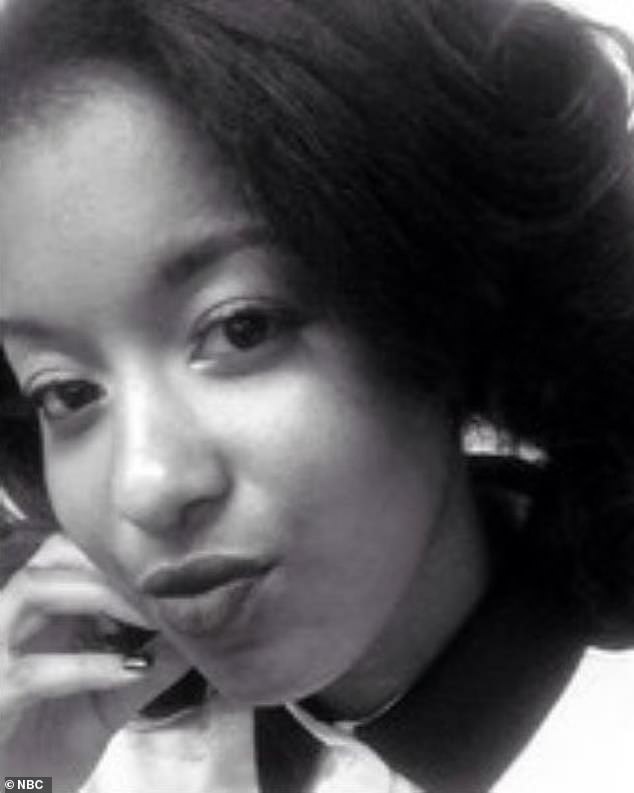 Maurica Manyan, 25, had been working as a special police officer within the DC Public Library’s public safety division and had been on the force for less than a year 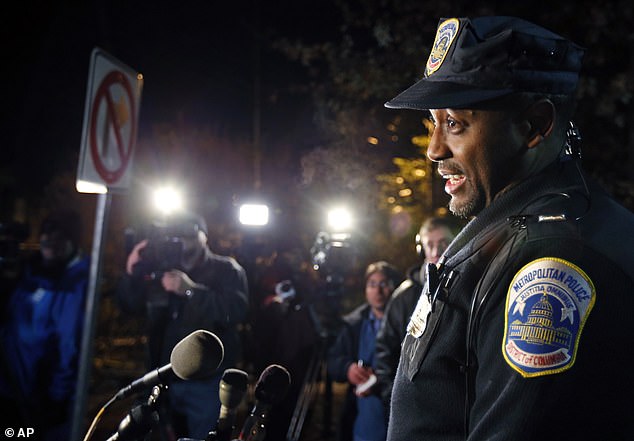 Jesse Porter is pictured speaking to the media in 2013 in Washington. Porter, 58, was working for a private contractor providing training for a group of library police officers on how to use expandable batons when he discharged a single shot from his firearm

The shooting occurred about 3:30pm in a training room in the lower level of the library, which is in the 1800 block of Good Hope Road SE.

The city’s public library system has its own force of full-time special police officers who can be armed and ensure the safety of the library.

Porter, who worked for a private contractor training police that trains up officers for the library, is accused of involuntary manslaughter.

‘There was no threat, there was no need for a weapon and why pull the trigger,’ Maurica Manyan’s cousin said at a vigil Sunday, according to WUSA9.

‘While in the conference room, the instructor discharged a single round from a firearm which struck the decedent. A firearm was recovered on scene,’ police said in a statement released after the incident on Thursday.

Six people were in the room at the time of the shooting, including other police officers working for the library. 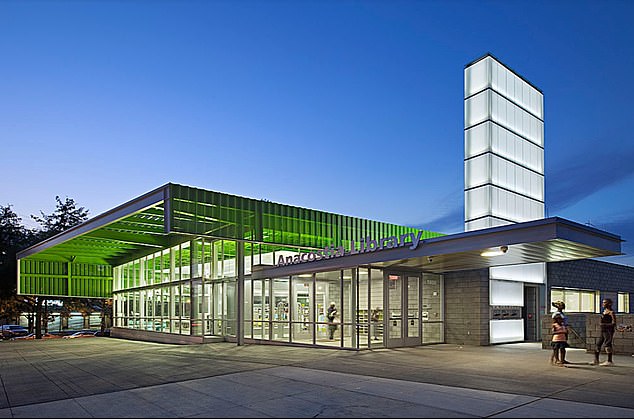 The Anacostia Neighborhood Library, where the incident happened, is pictured

Porter, who retired from the force in 2020, was one of two people performing resuscitation on Manyan when police arrived and arrested him.

According to NBC, as Porter was led out of the building, he turned to a library officer and said: ‘I’m sorry. I shot your officer.’

Emergency responders then rushed the officer to a local hospital, where she was later pronounced dead.

Manyan had been working as a special police officer within the DC Public Library’s public safety division and had been on the force for less than a year.

An investigation as to why live ammunition was being used in the training exercise is ongoing.