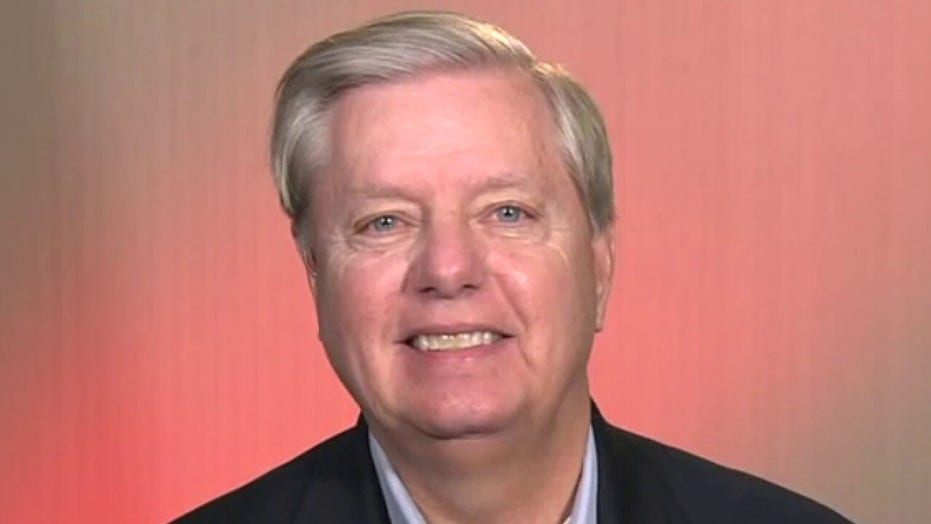 Former FBI Director James Comey is an “embarrassment to the FBI and has done a lot of damage to the institution,” said Senate Judiciary Chairman Lindsey Graham, R-S.C., on Wednesday.

“If you want to find common ground between Hillary Clinton, and Donald Trump and Lindsey Graham, we all think James Comey was a disaster. So I am going to give him a chance to explain to the country about Crossfire Hurricane — one of the most corrupt investigations in the history of the FBI,”  Graham told “Fox & Friends.”

In response to Comey recently speaking out in the media with a "Face the Nation" appearance and Washington Post op-ed, Graham tweeted Tuesday, "I imagine he [Comey] would gladly accept an invitation from the Senate Judiciary Committee to testify in the coming weeks on #CrossfireHurricane…. @Comey, check your calendar for open Tuesdays/Wednesdays between September 15-30. The invitation is forthcoming."

Graham also reminded that Comey was “rebuked by the FISA court.”

Graham went on to say, “You got a lot to say, James Comey. Come in under oath and say it.”

Comey spoke dismissively of Connecticut U.S. Attorney John Durham's investigation of the origins of the bureau's Russia probe Sunday, saying he has not been contacted for it and that it is being used as a political tool for President Trump and his supporters.

In an interview that aired Sunday on CBS' "Face the Nation," Comey insisted that everyone involved in the investigation was "trying to do the right thing" and therefore Durham's probe was not concerning for him.

"I have had no contact with him and haven’t talked to him," Comey said about Durham, adding, “I can’t imagine that I’m a target.”

Durham's probe, however, has already led to one conviction, with attorney Kevin Clinesmith pleading guilty and admitting he altered an email to say that Page was not a source for another government agency. Page has said he worked with the CIA. That email was part of a chain that was used as evidence in the final warrant renewal application in 2017.