Footage of the horror moment shows the lion sprinting towards the group of camouflaged hunters – all of who have their rifles in their hands.

As the giant cat nears close its roars begin to sound.

But the hunters suddenly open fire and release a shower of bullets onto the lion.

The animal is killed almost instantly before it can reach the men.

The hunters proceed to shake hands and high-five each other for killing the innocent creature.

One person was even seen kicking the dead animal.

It is not clear where or when the incident was filmed, but it was posted to Twitter on Saturday by Boris Johnson’s girlfriend Carrie Symonds. 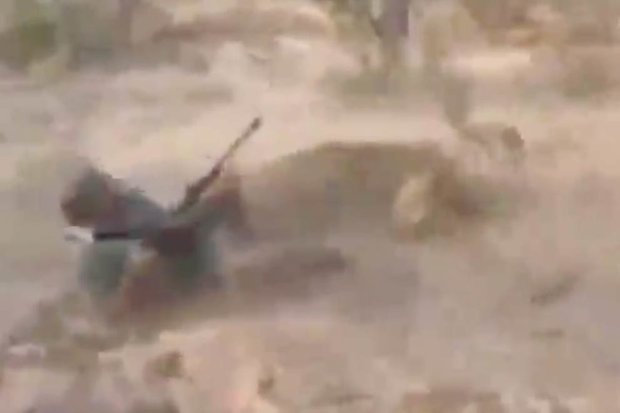 Another viewer described the video as “disgusting”.

“Truly shocking, showing our species at their worst-participating in the senseless killing of an innocent,” a fourth viewer added.

It comes after a lion mauled an antelope in front of horrified witnesses.