Lisa Nandy today declared she would be willing to serve in a shadow cabinet led by either of her Labour leadership rivals if she fails to pull off a shock upset.

Ms Nandy is battling Sir Keir Starmer and Rebecca Long-Bailey for the right to replace Jeremy Corbyn but she is viewed as the rank outsider in the contest.

Today she appeared to lay the groundwork for a return to the Labour frontbench even if she loses as she said she would work for either Sir Keir or Ms Long-Bailey.

It came as it was claimed that allies of Sir Keir want him to appoint former Labour leader Ed Miliband as his shadow chancellor. 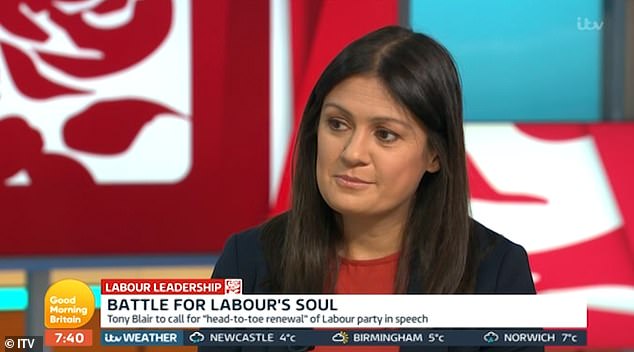 None of the trio of leadership contenders have made firm commitments on who would serve in their top teams.

But jockeying for position is likely to increase among senior Labour figures in the coming weeks as voting in the contest gets under way.

Voting will start on Monday, closing on April 2, with Mr Corbyn’s replacement due to be announced on April 4.

Sir Keir is the prohibitive favourite in the race with Ms Long-Bailey seen as his most likely challenger.

Ms Nandy, the MP for Wigan, today appeared to position herself for a shadow Cabinet job under either of her rivals as she said she would be ‘proud’ to work for them.

Asked on ITV’s Good Morning Britain programme whether she would serve in the shadow cabinet should she fail in her bid to become leader, she said: ‘Yeah, of course.

‘What you don’t actually realise is we are quite good mates behind the scenes, there’s a camaraderie that comes from being put through this process.

‘We’re the only people who understand how tough it is and, yes, I’d be proud to serve in their shadow cabinets.’

Ms Nandy resigned from the Labour frontbench and the shadow cabinet in the wake of the 2016 EU referendum as she and other Labour moderates criticised Mr Corbyn’s leadership.

She has been a backbench MP ever since.

Ms Nandy’s comments are in marked contrast to those of Sir Keir on the same subject.

The shadow Brexit secretary recently refused to commit to having either of his leadership opponents in his shadow cabinet if he replaces Mr Corbyn. 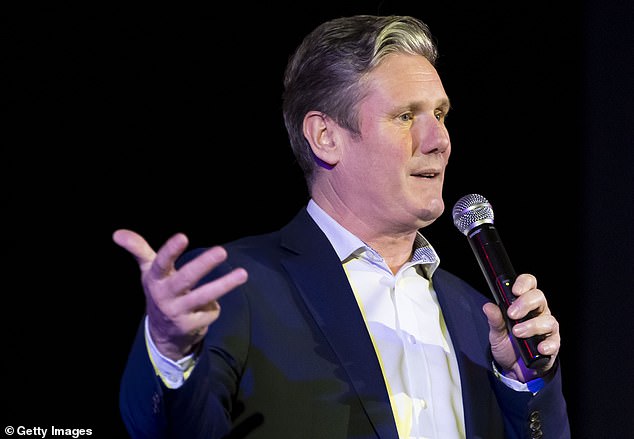 Sir Keir Starmer, pictured at a Labour leadership event in Newport yesterday, said he will only discuss the make up of his shadow cabinet if he becomes leader 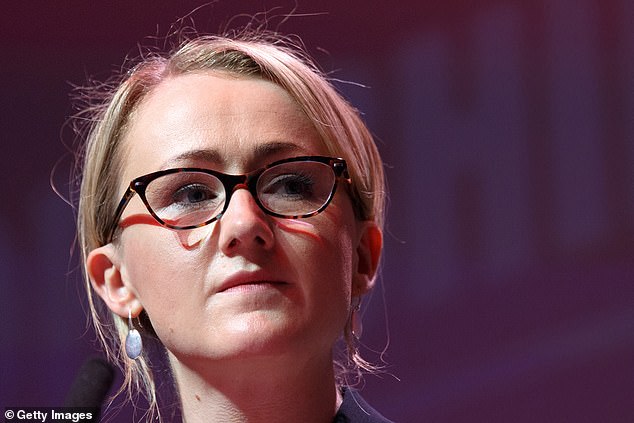 Sir Keir is viewed as the overwhelming favourite in the Labour leadership contest but Rebecca Long-Bailey, pictured in Glasgow on February 15, is expected to be his closest challenger with Ms Nandy a distant third

Speaking at a leadership hustings in Glasgow last week, he ‘saluted’ Ms Long-Bailey and Ms Nandy but would not say if either of them would be in his team.

He has made clear that appointments to his shadow cabinet would only be made in the event he wins the contest.

However, The Telegraph reported that Sir Keir is being urged by allies to make Mr Miliband his number two.

Senior figures reportedly said Mr Miliband is ‘highly rated’ by Sir Keir’s team and is a ‘giant on strategy’.

Mr Miliband, who has backed Sir Keir’s campaign, resigned as Labour leader after he failed to win the 2015 general election.