A man stabbed himself on board a train in front of shocked passengers at a railway station in central London this morning.

Officers were called to Euston station just before 12pm today to reports of a man with serious injuries on board a train.

Parts of the north London station have been cordoned off as the emergency services examine the scene, reportedly between platform 14 and 15.

Paramedics rushed to the station at around 11.45am and the man has been taken to hospital for treatment. 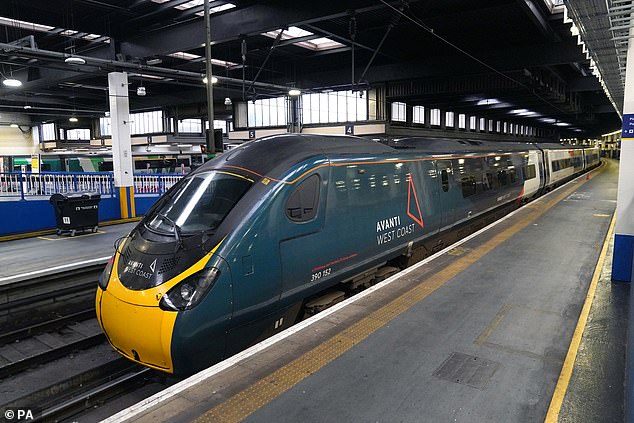 A British Transport Police spokesman said: ‘Officers were called to Euston station at 11.48am this morning (October 7) following reports of a man seriously injured onboard a train.

‘Paramedics also attended and he has been taken to hospital for treatment.

‘At this stage, it is believed he has sustained self-inflicted injuries.

‘Officers remain at the scene conducting enquiries into the full circumstances of what happened, and a cordon is currently in place on platforms fourteen and fifteen.’

A witness told The Standard said he saw paramedic bags and 4-5 Avanti West Coast staff talking by screens, as the front 2 first-class carriages were cordoned off.