Bumper-to-bumper cars in UK cities: London roads are BUSIEST of Lockdown Three with 216 traffic jams while congestion is up in Liverpool, Newcastle and Leeds – as commuters cram Tubes like SARDINES

Rush-hour traffic congestion in London reached its highest level of the third national lockdown so far this morning with 216 traffic jams totalling nearly 90 miles as Britons continued to travel into work.

TomTom data put congestion at 36 per cent at 7am and 37 per cent at 8am today – with both the highest levels of the lockdown by far, beating previous highs of 31 and 33 per cent set for the same time periods only yesterday.

The congestion level is the extra travel time for drivers on average compared to baseline uncongested conditions – so a 37 per cent level means a 30-minute trip will take 11 minutes more (or 41 minutes in total) than with no traffic.

The trend was replicated in other UK cities at 8am including Liverpool (40 per cent), Leeds, Newcastle and Sheffield (all 25 per cent) which also recorded their highest level of congestion for at least the past week. 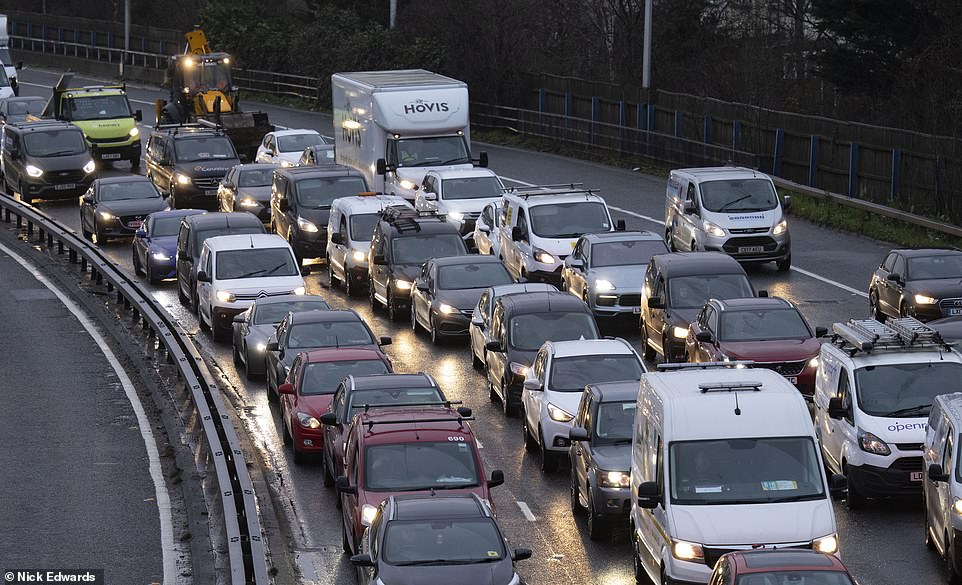 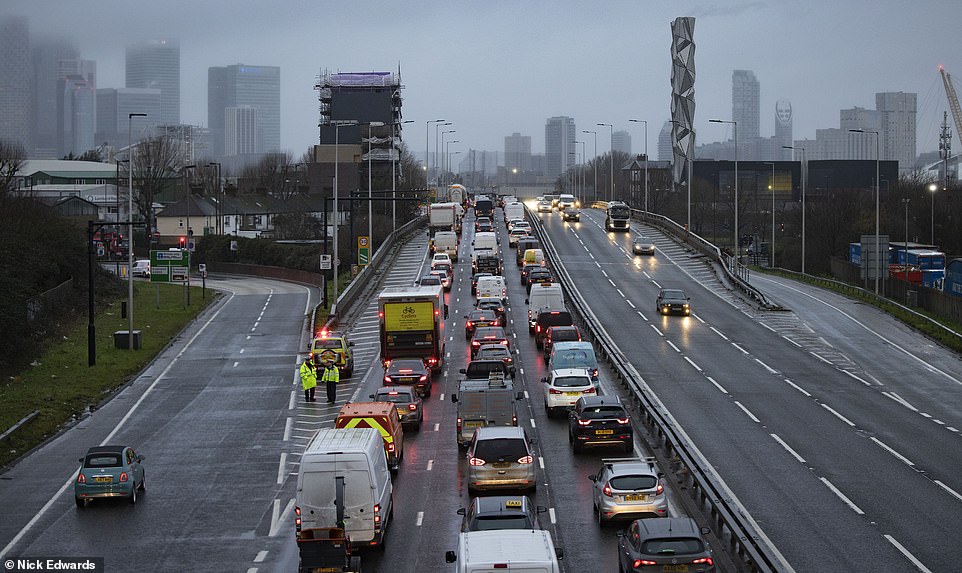 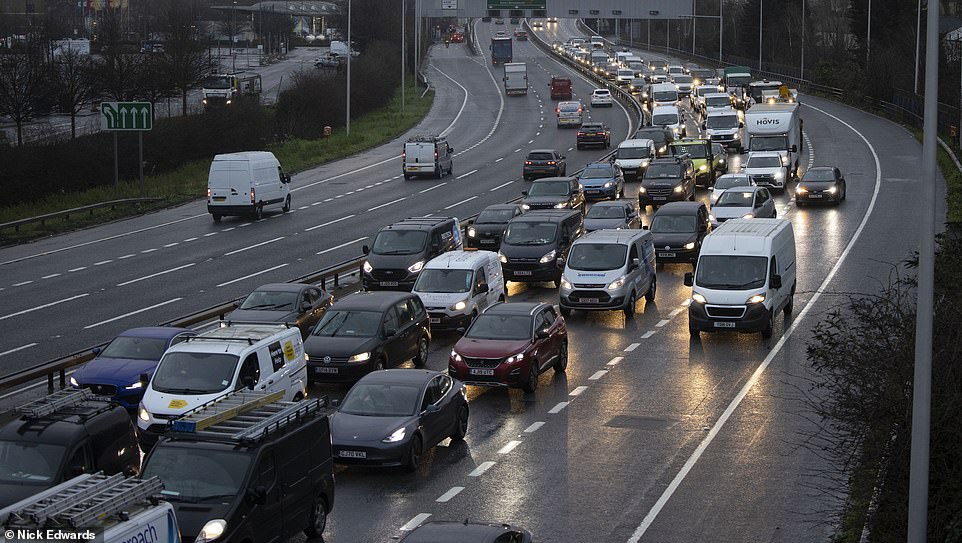 However Birmingham and Manchester only had 8am congestion levels of 21 per cent and 24 per cent respectively, which in both cases were lower than other days in the cities earlier this week.

Meanwhile Underground platforms and trains for the Jubilee line in East London were again busy today with photographs at Canning Town showing large numbers of passengers congregating as they waited for trains.

While most Tube trains are currently almost empty for much of the day, pinch points at some stations have led to overcrowding which last week prompted Transport for London to ask local firms to stagger start times.

It comes after Boris Johnson said yesterday that lockdown measures will remain in place until at least March 8, as he earmarked that date to begin the reopening of England’s schools.

The Prime Minister confirmed that hopes of all pupils returning to class after the February half-term have been abandoned as the battle with coronavirus remained ‘perilous’.

Government figures showed a further 1,725 people had died within 28 days of testing positive for Covid-19 as of yesterday, bringing the UK total to 101,887, while there were a further 25,308 lab-confirmed cases.

The March reopening target is based on progress in vaccinating the most vulnerable groups in society by mid-February and then giving the jab time to take effect.

So far 7,164,387 people have received a first dose of either the Pfizer or AstraZeneca vaccines – a rise of 311,060 on the previous day’s figures – although Mr Johnson acknowledged a ‘sense of frustration’ about the patchy nature of the rollout.

Based on the latest figures, an average of 412,401 first doses of vaccine would be needed each day in order to meet the Government’s target of 15 million first doses by February 15.

The Government will publish a strategy for the ‘gradual and phased’ easing of lockdown in the week beginning February 22, with schools expected to be the first to reopen. England’s schools are currently closed to all but vulnerable pupils and the children of key workers.

The Government has warned that the emergence of a vaccine-resistant new variant could derail its strategy and Mr Johnson and Home Secretary Priti Patel set out plans for tougher controls on international travel to reduce the risk of importing mutant strains. 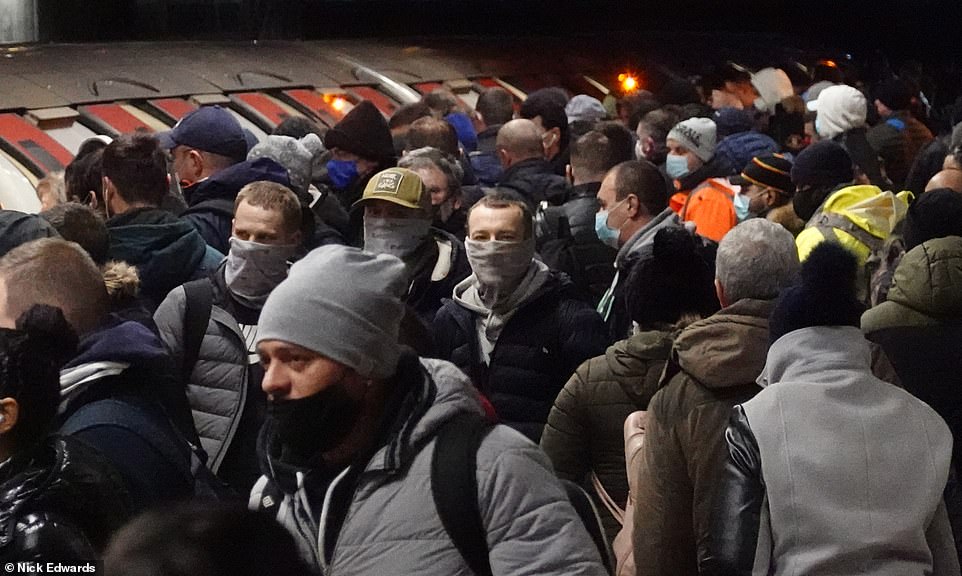 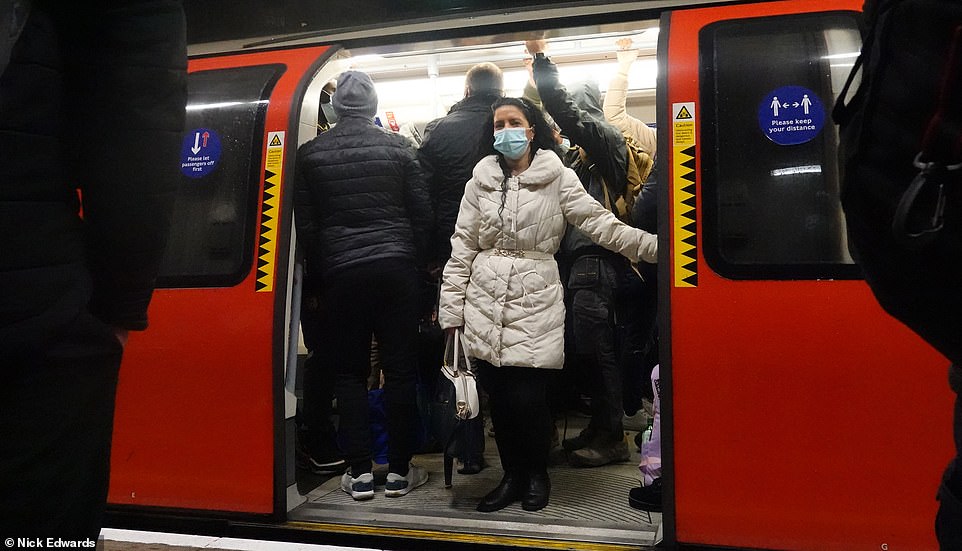 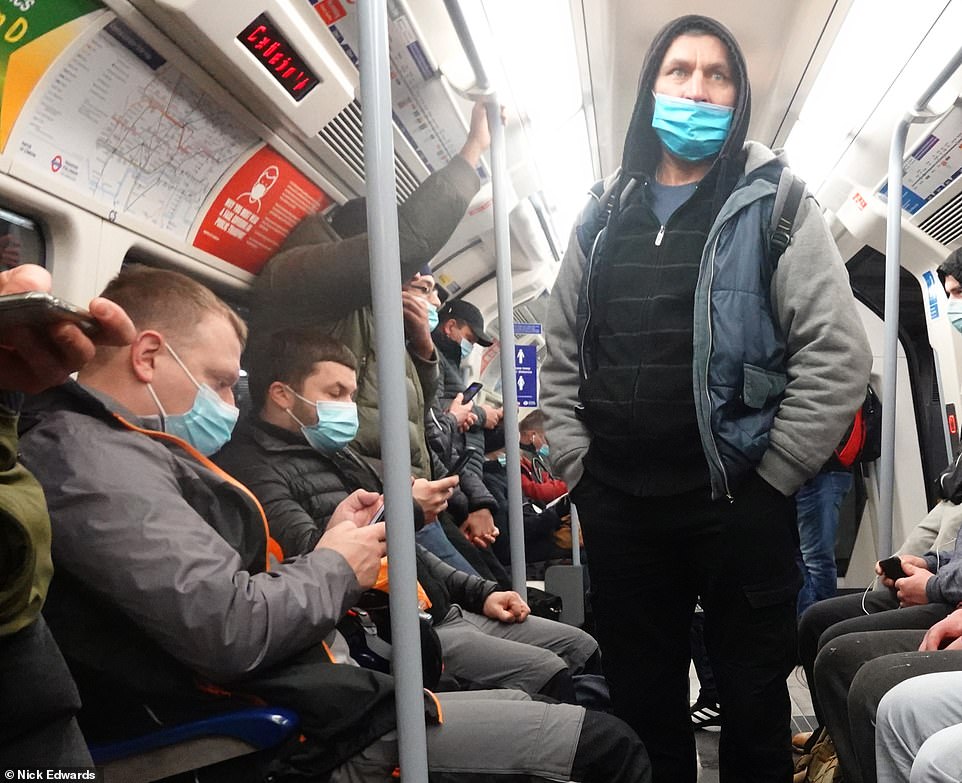 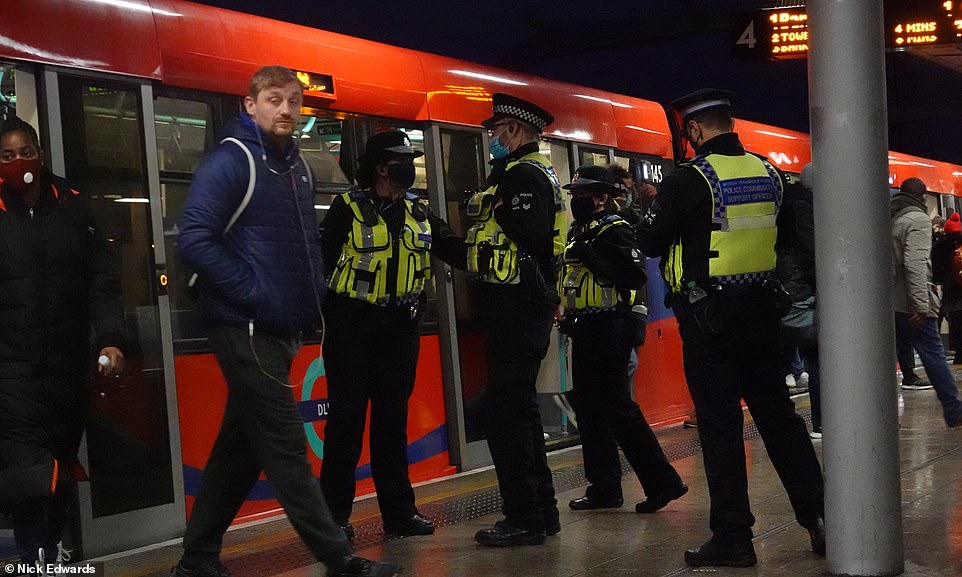 The measures include a ten-day quarantine in hotel for travellers from 30 high-risk countries which are currently subject to travel bans including South Africa, Portugal and many South American nations.

UK nationals and residents who cannot be refused entry when returning home ‘will be met at the airport and transported directly into quarantine’, Mr Johnson said.

Similar measures are expected across the UK, although Scotland and Wales have both indicated they could go further than Mr Johnson’s plan for England.

People wishing to travel abroad will also be required to make a declaration stating why they need to make the journey, which will be checked by carriers prior to departure.