A WOOLLY mammoth's astonishing life has been retraced – by scanning its six foot tusk.

By the time it died at the age of 28, it had covered enough of the Alaska landscape to almost circle the Earth twice. 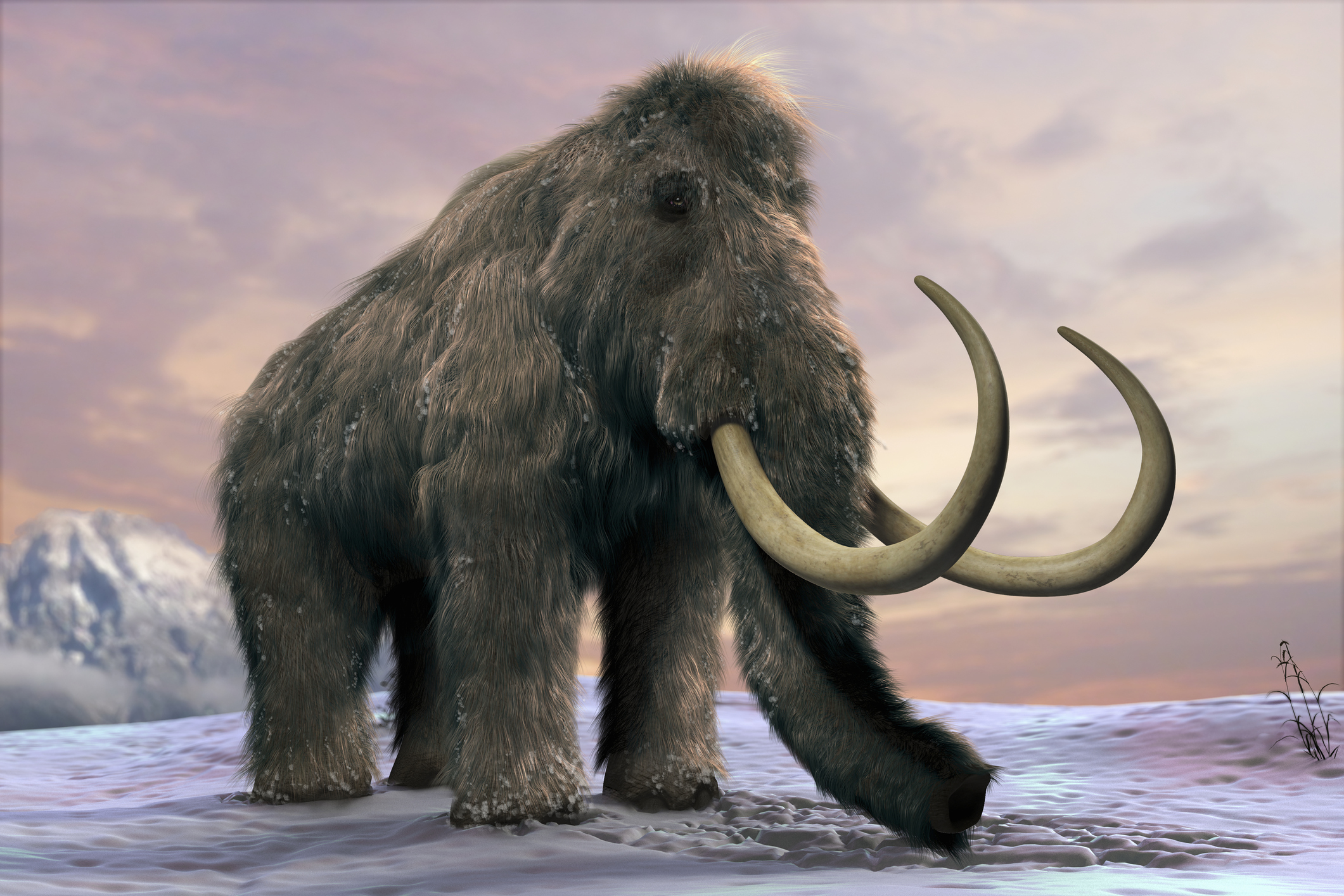 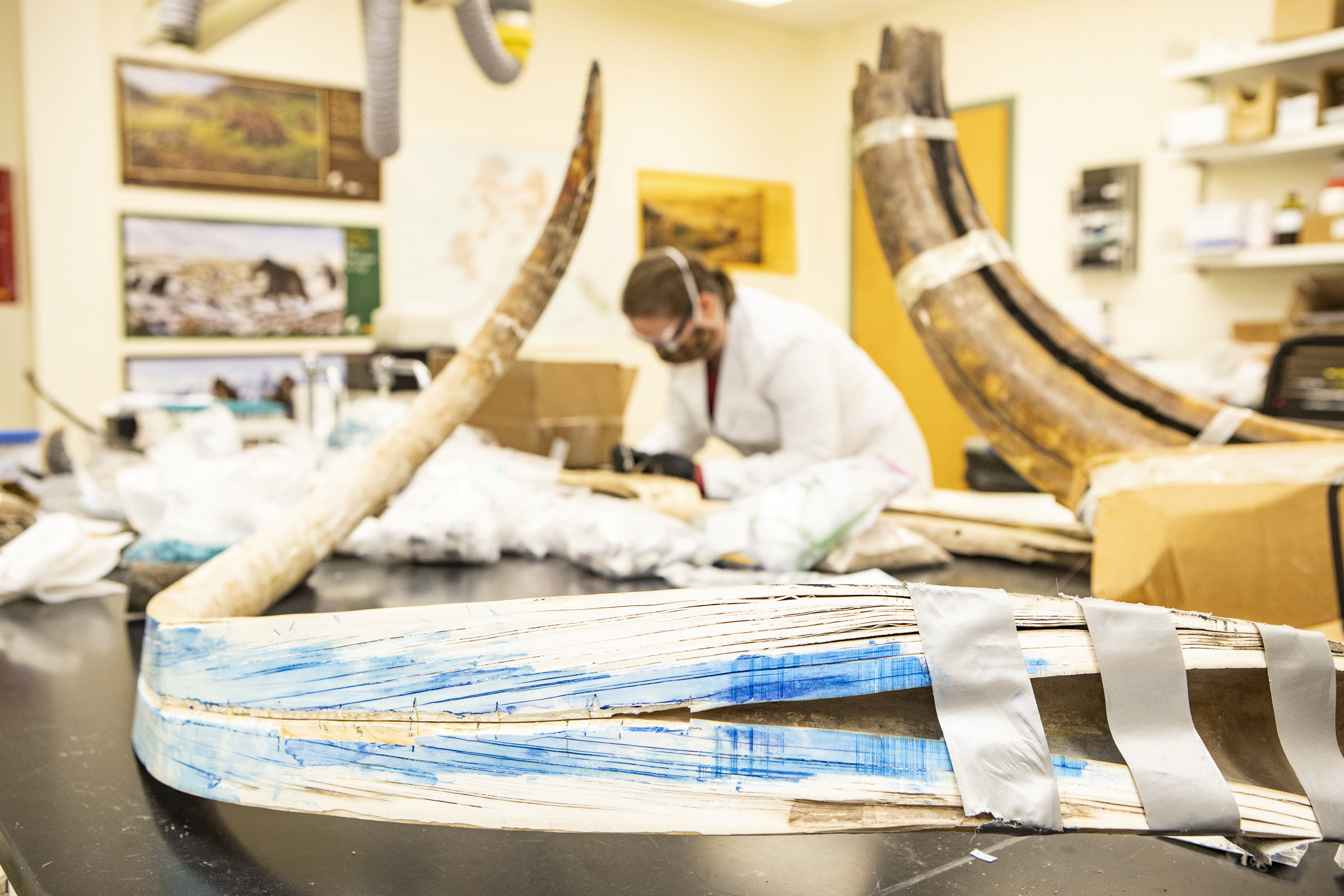 The male roamed so far because it had been kicked out of its herd, a punishment practiced by some elephant descendants today.

The lumbering beast finally succumbed to starvation 17,000 years ago.

Co lead author Professor Matthew Wooller, of University of Alaska Fairbanks, said: "It is not clear cut if it was a seasonal migrator – but it covered some serious ground.

"It visited many parts of Alaska at some point during its lifetime, which is pretty amazing when you think about how big that area is."

The findings are based on a chemical analysis of its 17,000 year old fossilised tusk housed in the University of Alaska Museum of the North.

Director Dr Pat Druckenmiller, a palaeontologist, explained: "From the moment they are born until the day they die, they have got a diary – and it is written in their tusks.

"Mother Nature doesn't usually offer up such convenient and life-long records of an individual's life."

It sheds fresh light on the iconic Ice Age beast's behaviour and movements – revealing for the first time the vast distances they travelled.

The study in Science also has implications for saving animals from extinction today.

Isotopic data enabled the international team to match the individual's whereabouts and diet with maps of the region.

They split the tusk lengthwise and generated about 400,000 microscopic data points using a laser and other techniques.

It was made possible because of the unique way they grew, with new layers added steadily on a daily basis.

The growth bands were described as looking "like stacked ice cream cones". They presented a chronological record of the mammoth's life.

It perished on Alaska's North Slope above the Arctic Circle where its remains were unearthed.

The researchers pieced together the mammoth's journey up to that point from the elements strontium and oxygen.

They linked them to charts that predicted isotope variations across Alaska.

The maps were created by scanning the teeth of hundreds of small rodents held in the museum's collections.

They travel relatively small distances during their lifetimes, opening a window into isotope signals.

Using the local dataset provided a baseline to track the mammoth's steps.

Geographic barriers and weekly averages distances were taken into account and spatial modelling used to draw up its likely routes.

It was identified as a male from ancient DNA preserved in its bones and found to be related to the last group that lived on the mainland.

An abrupt shift was discovered in its isotopic signature, ecology and movement at about the age of 15.

This probably coincided with the mammoth being banished from its herd, mirroring a pattern seen in modern-day male elephants.

Co author Prof Beth Shapiro, of the University of California Santa Cruz, said: "Knowing he was male provided a better biological context in which we could interpret the isotopic data."

They also offered a clue about what led to its demise. Nitrogen isotopes spiked during the final winter of its life – a sign of starvation in mammals.

Co author Prof Clement Bataille,of the University of Ottawa, said: "It is just amazing what we were able to see and do with this data."

Woolly mammoths died off after the weather became warmer and their food supply changed. They were also hunted by humans.

About the size of an African elephant, their ears were much smaller – an adaptation to the cold that kept them closer to their heads.

Their tusks could reach up to 15 feet and were used for fighting and digging in the deep snow.

Mammoths were gentle giants and ate mostly grass but also other types of plants and flowers.

Discovering more about the lives of extinct species satisfies more than curiosity.

Those details could be surprisingly relevant now as animals adapt their movement patterns and ranges with the shifting climate.

Prof Wooller said: "The Arctic is seeing a lot of changes now, and we can use the past to see how the future may play out for species today and in the future.

"Trying to solve this detective story is an example of how our planet and ecosystems react in the face of environmental change." 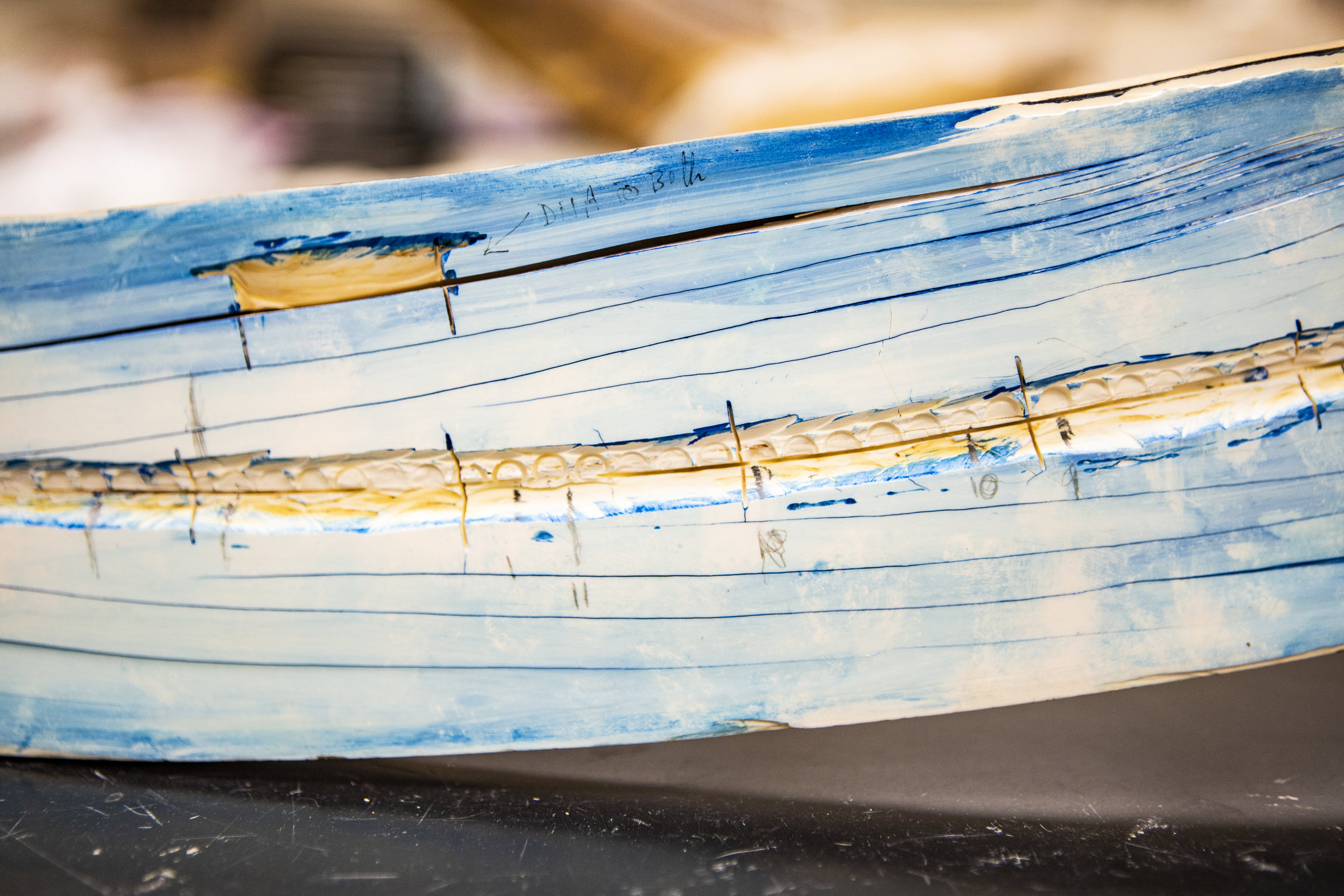 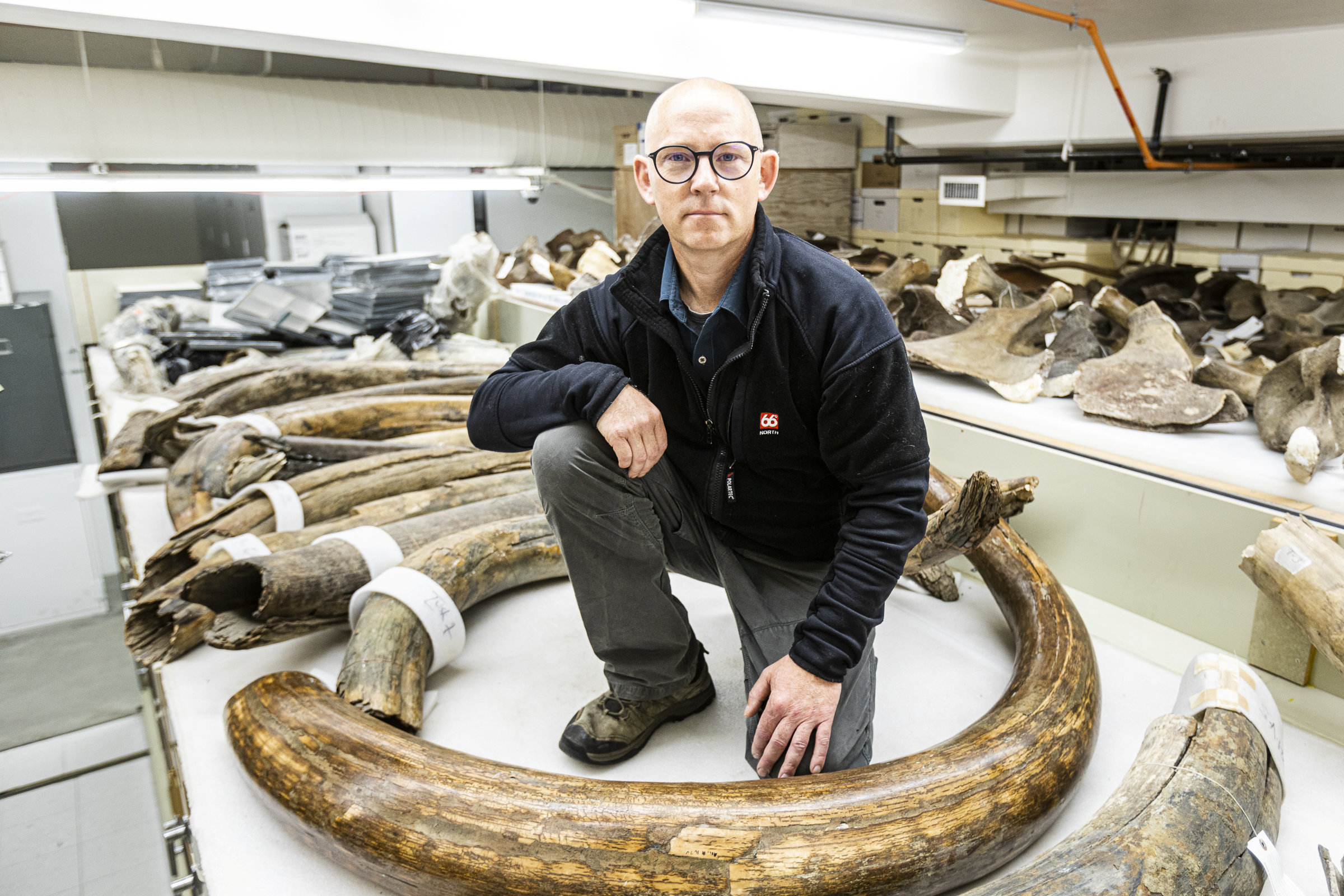 Want to know more about the weird and wonderful world of science? From space and astronomy to the human body, we have you covered…

In other news, prehistoric humans may have been responsible for the extinction of the Woolly Mammoth after all, according to research.

Lost Bronze Age graves have been discovered near the site of Stonehenge after 4,000 years.

The mystery over who built Stonehenge may finally have been solved after experts uncovered "Britain’s first city" a mile away.

And, the face of a 1,000-year-old Viking warrior woman with a gruesome battle wound across her skull has been revealed.