Lori Loughlin and her husband are now facing 40 years in prison and over one-million dollars in fines for allegedly bribing officials in a bid to get their daughters into the University of Southern California.

One day after 13 parents entered guilty pleas for their roles in the Operation Varsity Blues scandal, the 19 who did not admit guilt have been hit with a new charge or money laudnering inm addition to mail fraud.

Among those named are William McGlashan, Manuel and Elizabeth Henriquez, and Loughlin and husband Mossimo Giannulli.

‘The charge of conspiracy to commit mail and wire fraud and honest services mail and wire fraud provides for a maximum sentence of 20 years in prison, three years of supervised release, and a fine of $250,000 or twice the gross gain or loss, whichever is greater,’ said a release from the US Attorney’s Office for the District of Massachusetts.

‘The charge of conspiracy to commit money laundering provides for a maximum sentence of 20 years in prison, three years of supervised release, and a fine of $500,000 or twice the value of the property involved in the money laundering. Sentences are imposed by a federal district court judge based upon the U.S. Sentencing Guidelines and other statutory factors.’

Scroll Down For Video 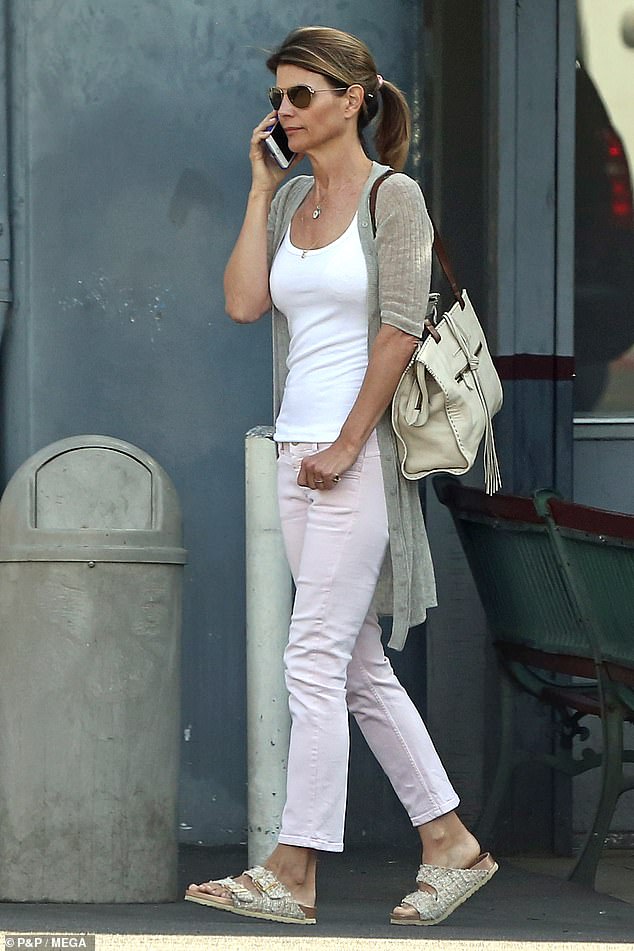 Becky with the bad heirs: Lori Loughlin (above on Tuesday) and the 18 other parents who did not enter guilty pleas in the college admissions scandal have been hit with a superseding indictment 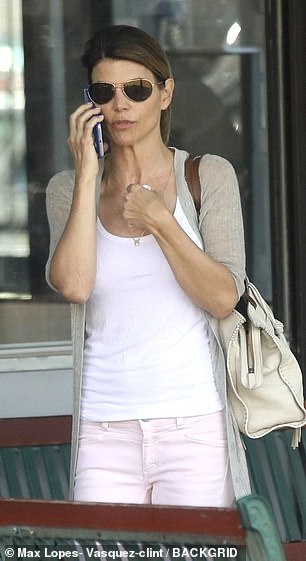 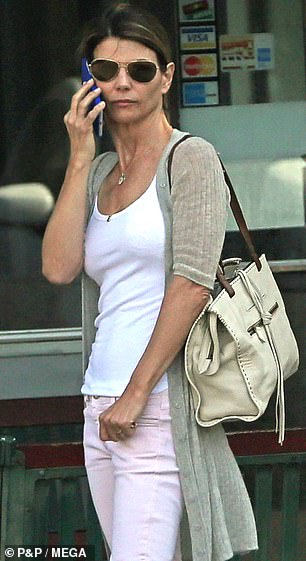 Loughlin is now charged with both mail fraud and money laundering, charges which each carry a sentence of up to 20 years in prison

At the same time that this superseding indictment was released, the Department of Justice also released the agreements that were made with Felicity Huffman and the other parents who entered guilty pleas on Monday.

Those agreements reveal that prosecutors will be recommending prison time for all the defendants – including Huffman.

She is looking at a four to six month sentence for admitting she paid a proctor $15,000 to edit her daughter’s college entrance exam.

That would be followed by a year of supervised release.

It was also suggested by the wording of the deals that Loughlin and her husband might not be facing a second charge it they entered a guilty plea on Monday.

Early in the agreement, it is stated: ‘The U.S. Attorney agrees that, based upon the information known to the U.S. Attorney’s Office at this time, no further criminal charges will be brought against the defendant in connection with the conduct set forth in the Information.’

Loughlin and Giannulli ‘agreed to pay bribes totaling $500,000 in exchange for having their two daughters designated as recruits to the USC crew team – despite the fact that they did not participate in crew – thereby facilitating their admission to USC,’ according to the documents.

The couple emailed Singer in 2016 about their daughters college prospects, stating that they wanted to do the necessary work to see that the girls got into USC as opposed to ASU.

Emails obtained by investigators revealed that it was soon decided that bribes would be paid to have the girls recruited as crew coxswains.

A short time after that, photos were taken of older daughter Isabella on an ergometer.

Dr. Donna Heinel, the senior associate athletic director at USC, presented Isabella as a potential athletic recruit a month later and she was approved for conditional admission.

It was then asked that a check be sent to Heinle for $50,000 from Giannulli, who a short time later asked if he could mention the story to the athletic director at USC when the two men were at Augusta, likely playing at the famed golf club. 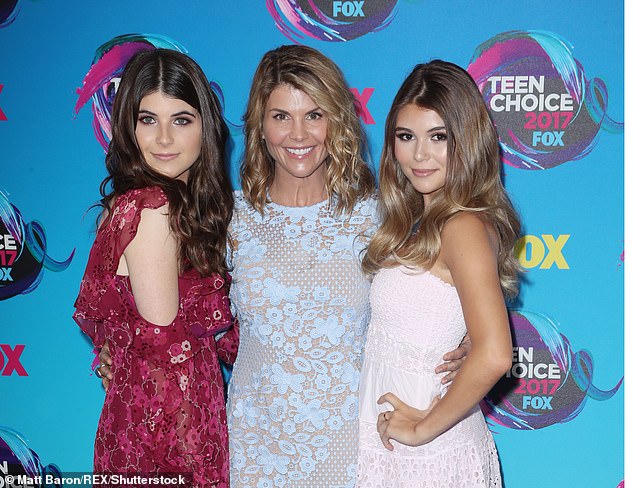 Urg: Loughlin and her husband ‘agreed to pay bribes totaling $500,000 in exchange for having their two daughters designated as recruits to the USC crew team

Singer stated that this was not a good idea because when he discussed the possibility of Isabella’s admission with him a year he thought the family ‘would be good for a million plus.’

Isabella received her admission letter the following March, which was followed by another note requesting a donation of $200,000 to Key Worldwide Foundation.

After the amount was wired to the organization a note was returned that stated no good or services had been exchanged for the money, which according to the documents is false.

This same exact process was then repeated with the young daughter, Olivia, it is claimed.

Problems arose however when Olivia’s guidance counselor became curious as to how she managed to receive admission based on her involvement in crew since she did not row.

At the same time, Loughlin complained that her daughter was having difficulty filling out her other college applications, prompting Singer to ask an employee to take care of that task.

This was done so as not to draw attention to the fact that it was already confirmed that she had received conditional admission to the school.

Then, at some point, there was a very heated and public altercation between Giannulli and the counselor, which elicited an email from Dr Heinel asking that this not happen in the future so as to avoid detection.

This all began to fall apart in October 2018 when the IRS audited Key Worldwide and began to look into donations made by parents whose children were then admitted to USC.

The two were told by Singer to say they had given the money to help ‘underserved kids.’