Mr Macron’s Interior Minister Gerald Darmanin has promised to launch an inquiry after the brutal crackdown on the encampment sparked a furious backlash. Mr Darmanin admitted pictures from the scene were “shocking” and ordered a full police report into the operation to clear the camp in the Place de la Republique.

Photos and videos posted on social media showed police hitting demonstrators and throwing migrants to the ground as they tore down their tents.

Officers then used tear gas and stun grenades to disperse the crowds of migrants and their supporters from the square.

Mr Darnmanin said: “Some of the images of the dispersion of the illegal migrant camp at Place de la Republique are shocking.”

Paris mayor Anne Hidalgo expressed outrage at what she called police “violence” and said the breaking up of the camp was a “denial of France’s humanitarian duty”.

She said she had written to the Interior Minister demanding an explanation. 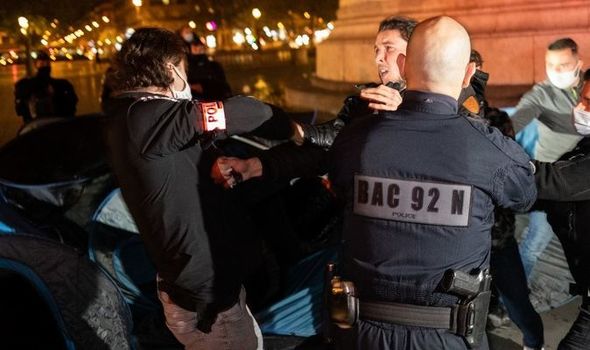 The illegal camp sprung up a week after police had cleared out a bigger, illegal migrant campsite near the French national sports stadium in the St Denis district.

About 450 refugees set up tents in the square at the request of the charity Utopia 56 to protest against the forcible clearing of migrants from other makeshift encampments dotted around the French capital.

A joint statement from the Paris police chiefs and Ile-de-France regional officials said: “Such camps, organised by certain associations, are not acceptable.

“The Prefecture of Police therefore proceeded immediately to the dispersal of this illicit occupation of public space.

“All people in need of accommodation are invited to come to the day centres where they offer migrants accommodation solutions adapted to their situation.” 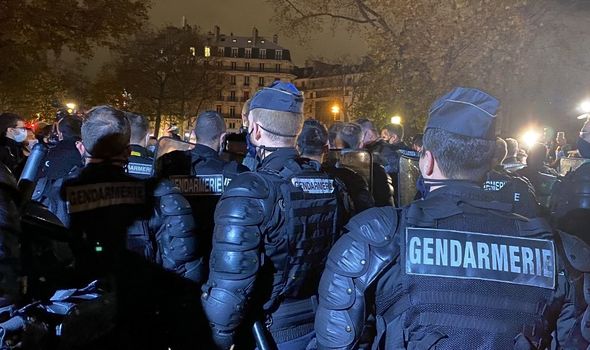 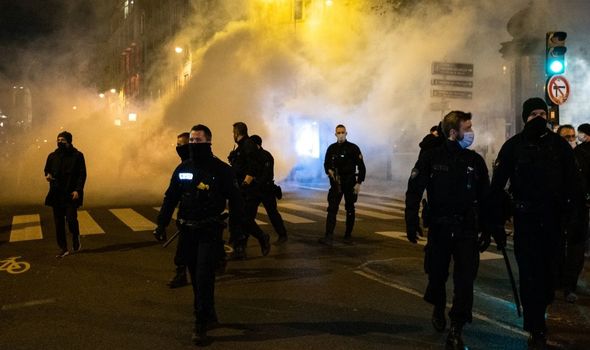 But Ian Brossat, a deputy Paris mayor in charge of housing, condemned the police operation and called on the state to find housing for the homeless.

He said: “This problem is not one for the police to sort out. To think that we resolve social problems with truncheons is totally crazy.

“To think we can solve that with the police harassment we have seen this evening is pathetic.”

Delphine Rouilleault, head of asylum seekers’s support group France Terre d’Asile, said: “We do not respond to misery with violence.

“Finding shelter for the migrants of the camp of Saint-Denis is urgent, essential, indisputable.

“The honour of the French Republic depends on it.”

Corinne Torre, head of aid group Doctors Without Borders, said: “The only response from the authorities is the use of force. “And force, in times of health crisis, is not acceptable.” 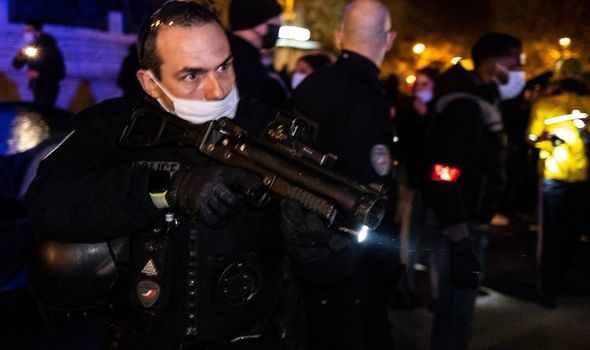 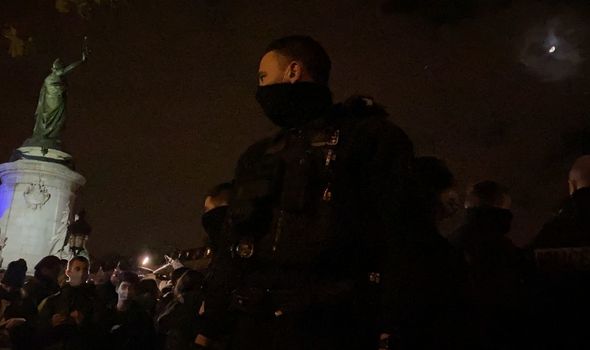 France has joined other European states, such as Italy and Britain, in taking a tougher stance on migrants since the outbreak of the Syria conflict in 2011 triggered the migrant crisis across Europe.

Opinion polls show voters are worried about the issue of migration, which in turn has driven support for far-right leader Marine Le Pen, who is likely to be President Mr Macron’s main opponent in the next presidential election in 2022.