PARIS (Reuters) – The leaders of Germany and France called for a unified approach to fostering world peace at a forum in Paris on Sunday that was attended by dozens of heads of state and government with one notable exception: U.S. President Donald Trump. 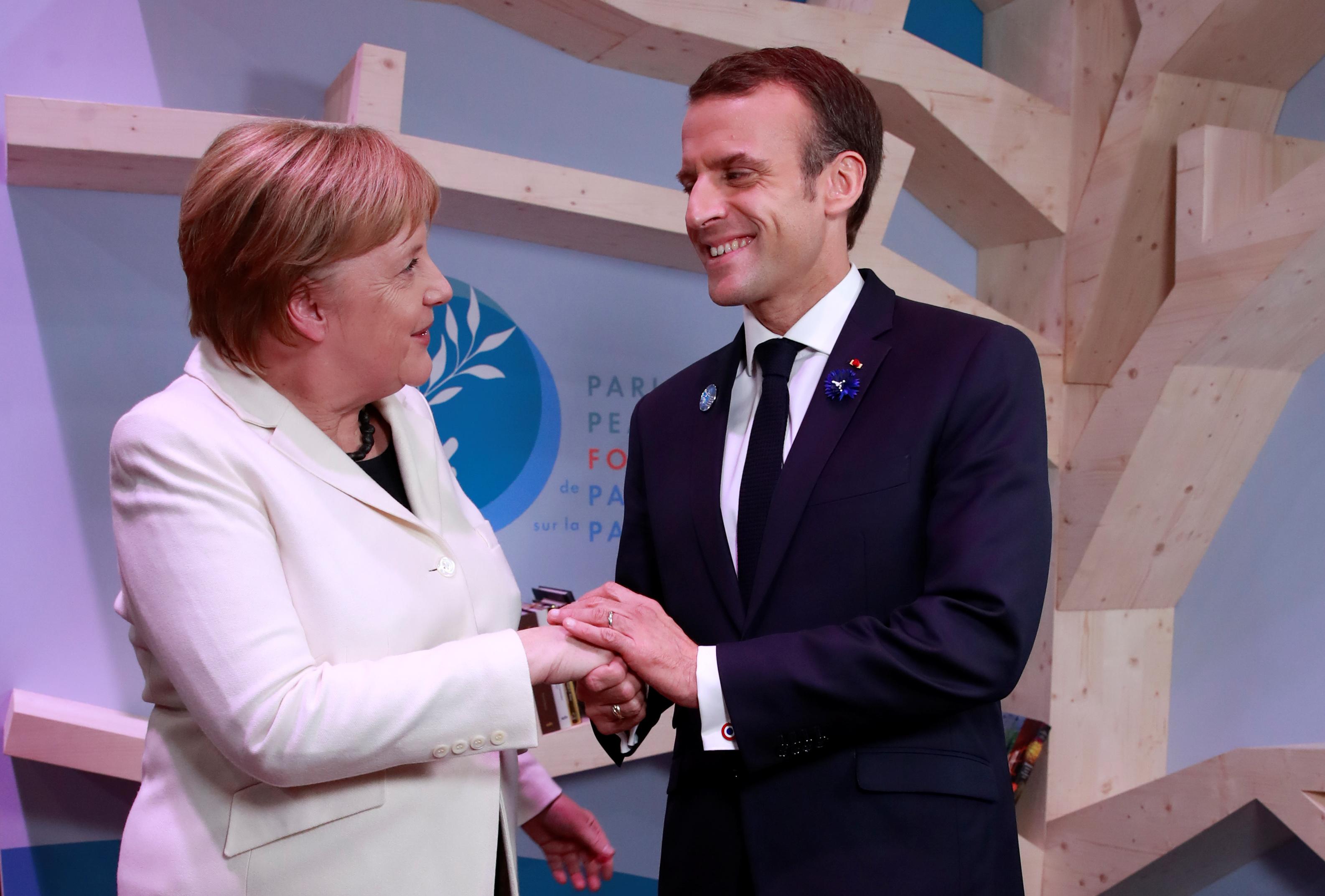 German Chancellor Angela Merkel opened the Paris Peace Forum, which followed a ceremony in the French capital to mark the centenary of the end of World War One, with a warning that “blinkered” nationalism was gaining ground in Europe and beyond.

Echoing comments made by Macron, she said there was a worrying readiness by some to promote self-interest and ignore ties that have underpinned peace since the end of World War Two.

“Most of the challenges today cannot be solved by one nation alone, but together. That’s why we need a common approach,” Merkel told the audience. “If isolation wasn’t the solution 100 years ago, how can it be today in such an interconnected world?”

Macron hopes the forum can lead help avoid falling into the traps of the past by promoting multilateralism. He wants it to demonstrate the power of reconciliation a century after Europe was torn apart by one of history’s bloodiest conflicts.

Leaders including Russian President Vladimir Putin and his Turkish counterpart Tayyip Erdogan were among those who listened as Merkel, Macron and United Nations Secretary General Antonio Gutteres lauded the U.N. and institutions like it that seek multilateral solutions to global problems.

Trump, who champions a policy of ‘America first’ and has said he is proud to be a nationalist, snubbed the event. Air Force One departed Paris for Washington shortly after the peace forum opened.

Macron has repeatedly called for “collective action” to tackle crises ranging from the environment, Islamist militancy and nuclear proliferation to anti-Semitism.

“Will today be a symbol of lasting peace or a last moment of unity before the world falls into more disorder?” The French leader Macron asked the gathering. “It depends solely us.”

Earlier on Sunday, Macron led a solemn ceremony to commemorate the centenary of the armistice that brought the Great War to an end, and appeared to take aim at Trump as he warned of the perils of resurgent nationalism.

Justin Vaisse, who organized the forum, told Reuters it was not intended to mediate solutions to existing conflicts, but seek ways to create strengthen multilateral organizations.

It is designed to be held annually and bring together a mixture of politicians, foreign policy experts, non-governmental organizations and representatives of civil society, he said.