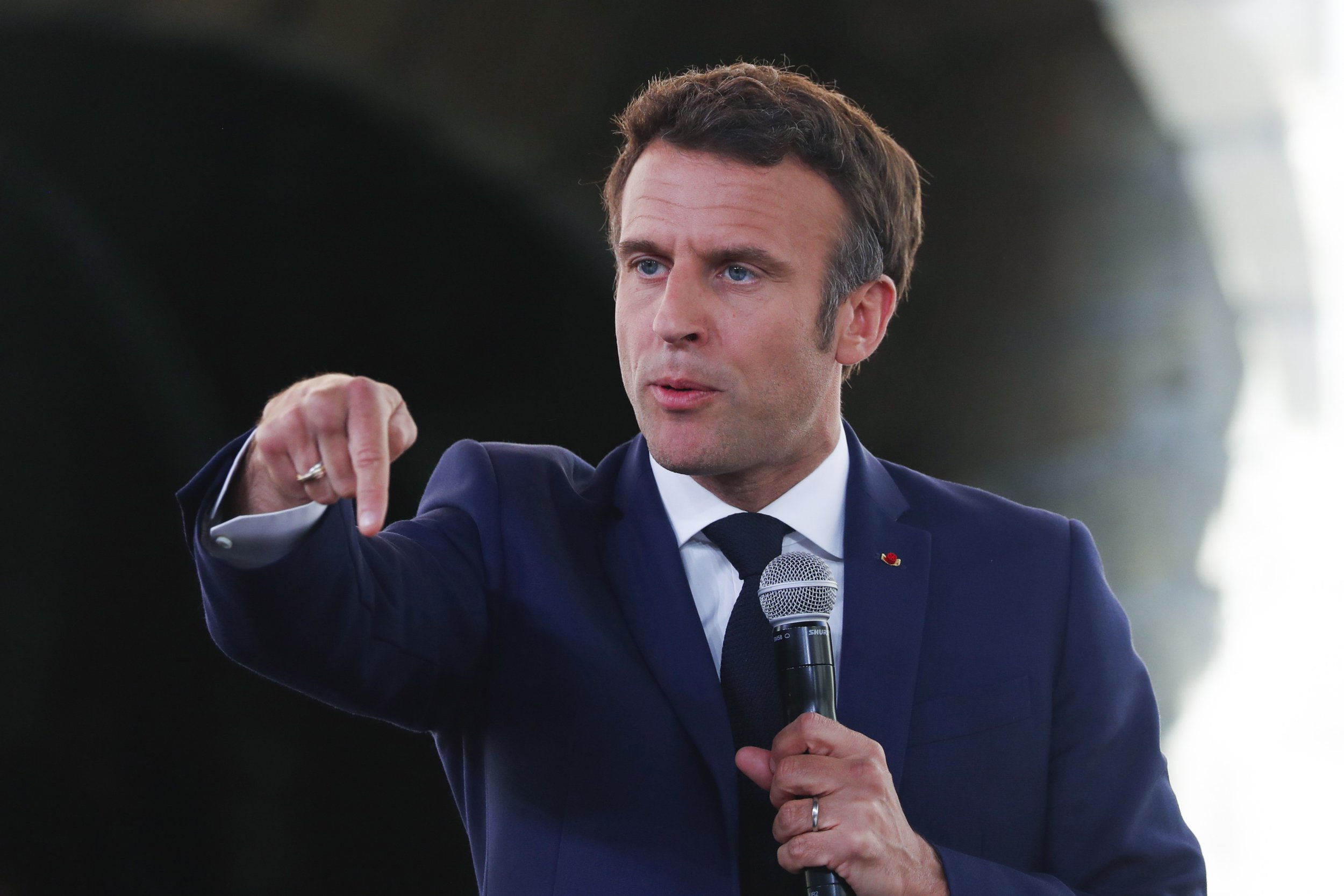 Emmanuel Macron has told French voters to avoid their own Brexit moment ahead of election day.

France will go to the polls tomorrow with a stark choice on the ballot: re-elect the president or swing to the far-right.

The incumbent is favourite to beat Marine Le Pen in Sunday’s run-off but he has warned against complacency.

Mr Macron has urged people who oppose the National Front’s radical agenda to go and vote, even if he wasn’t their first choice.

He said an upset is still possible if enough people don’t vote and allow the challenger to pull off an upset which would destabilise the continent.

The president warned voters this week on France 5 television: ‘Think about what British citizens were saying a few hours before Brexit or (people) in the United States before Trump’s election happened: ‘I’m not going, what’s the point?’

‘I can tell you that they regretted it the next day.

‘So if you want to avoid the unthinkable … choose for yourself.’

Opinion polls have the 44-year-old leading but the margin varies significantly, from a massive 15 points in some surveys to low single figures in others.

But after 20 years of political flux in France, during which no president has managed to win a second term, Mr Macron can take nothing for granted.

All eyes will be on leftist voters, particularly those who backed Jean-Luc Melenchon in the first round.

The socialist took 22% of the total, compared to Ms Le Pen’s 23.1% and Mr Macron’s 27.8%, narrowly missing out on progressing to the deciding poll.

He has told his supporters not to vote for the far-right challenger but has pointedly refused to explicitly endorse the president, whose record he has been extremely critical of.

Mr Macron used a televised debate earlier this week to highlight the National Front’s debt to a Czech-Russian bank.

Ms Le Pen has previously praised Vladimir Putin and, while she has been more critical following the invasion of Ukraine, would not implement restrictions on Russian energy imports.

The president said her plans to ban Muslim women in France from wearing headscarves in public would trigger ‘civil war’ in the country that has the largest Muslim population in Western Europe.

Mr Macron has vowed to press ahead with the controversial economic reforms initiated in his first term, which led to a wave of strikes and the gilet jaunes movement.

The protests forced him to abandon some of the policies he was elected on in 2017 and his first term has been further disrupted by Covid-19.

He was forced to delay a controversial key pension reform, which he said he would relaunch soon after re-election, to gradually raise France’s minimum retirement age from 62 to 65.