Trainee make-up artist, 18, was found dead in bed after night downing vodka and taking cocaine with new girlfriend she met on Tinder

An 18-year-old trainee make-up artist was found dead in bed after a night downing vodka and taking cocaine with her new girlfriend she met on Tinder.

Jenna Davison, 18, had been heard ‘singing and giggling’ in her bedroom in Bridgend into the wee hours with her girlfriend Melissa Nottingham, an inquest in Pontypridd heard.

When Ms Nottingham woke up the next day she gave her young lover a kiss on the lips and noticed they were cold and blue.

Ms Nottingham said she got up to use the bathroom before returning to bed: ‘I gave her a kiss on the cheek and I just cwtched (cuddled) up next to her. 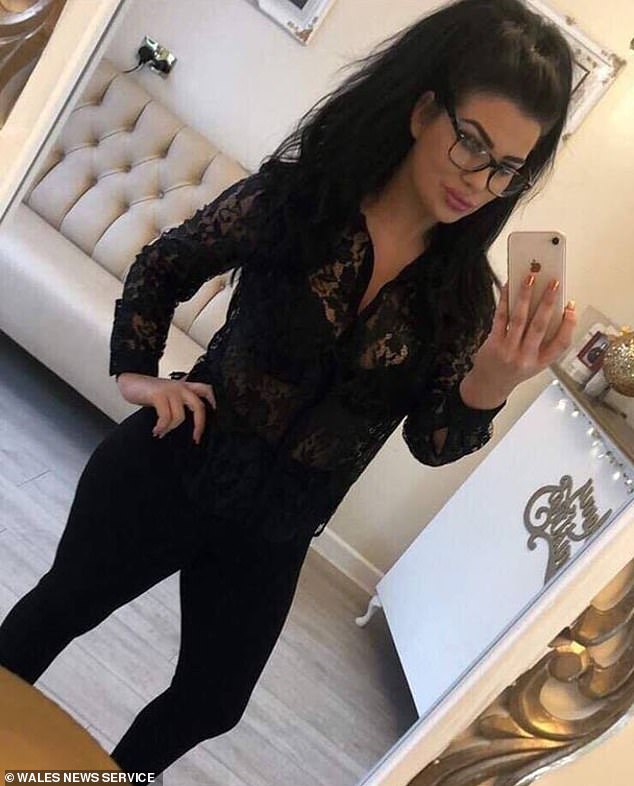 Jenna Davison, 18, had spent the night singing and giggling into the early hours with her lover Melissa Nottingham, an inquest in Pontypridd heard 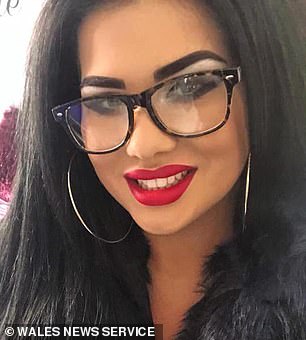 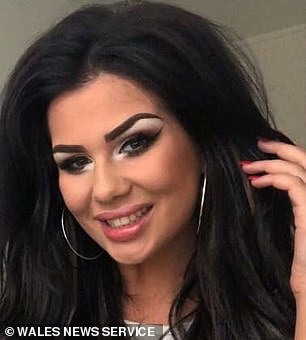 ‘I woke up again later on and I went to give her a kiss and I noticed that she had not moved.

‘I went to hold her hand and I couldn’t get my hand in between hers.

‘I went to give her a kiss on the lips and I noticed that her lips were all blue and she was cold.

‘I tried to wake her up and I opened her eye and noticed that her pupils were not responsive.’

The inquest heard Ms Nottingham then went to the stairs and told Ms Davison’s father: ‘I can’t wake Jenna.’

Jason Davison tried to wake up his daughter before he called the ambulance at 3.53pm and performed CPR.

But despite efforts from paramedics, Ms Davison was pronounced dead in Bridgend, South Wales.

Her mother Maria described her daughter as the ‘bubbliest, happiest girl’ who was always ‘full of life.’

She said: ‘I’m devastated by the loss of my daughter. She was my best friend and I can’t believe that she has gone.’

The inquest heard Ms Davison had previously broken her back in 2017 when she fell 30ft from a window and was prescribed morphine tablets to deal with the pain. 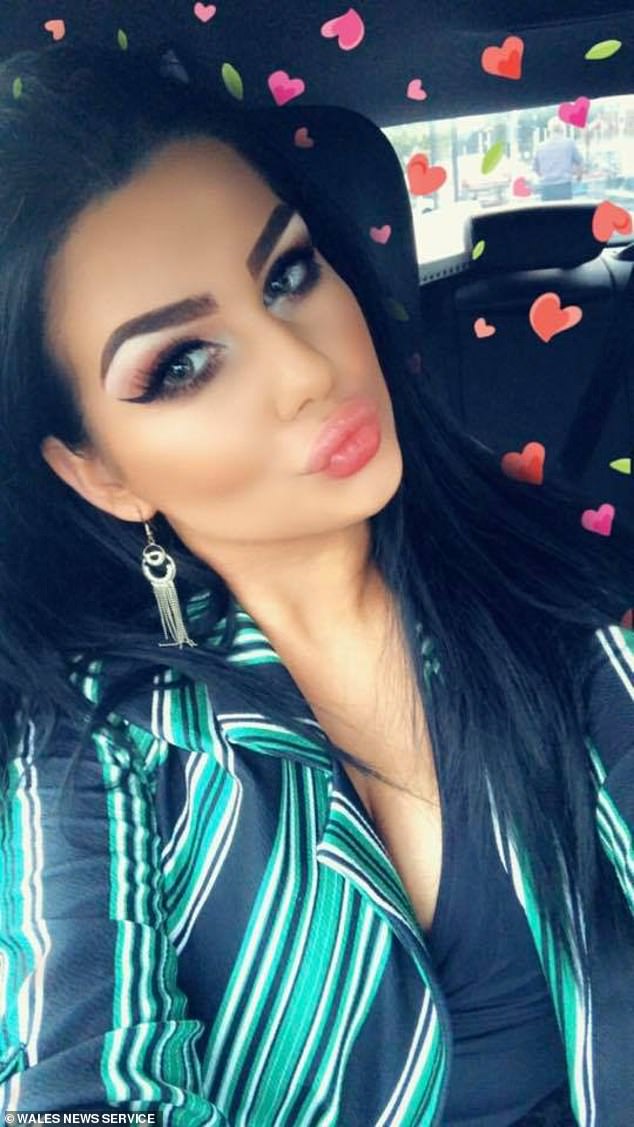 Her mother Maria described her daughter as the ‘bubbliest, happiest girl’ who was always ‘full of life’

On the night before her death Ms Davison had been drinking vodka and taking cocaine with her girlfriend.

Ms Nottingham said she remembers being offered a morphine tablet by Ms Davison but had never seen them before and did not see Ms Davison take one.

Ms Nottingham was later arrested for possession of a controlled substance after police searched her car and found a bag with traces of cocaine and diazepan tablets.

Toxicology reports found Ms Davison was double the driving limit for alcohol and had cocaine and 485mg per litre of morphine in her system.

Her medical cause of death was alcohol, morphine and cocaine toxicity.

Senior coroner Andrew Barkley recorded a conclusion of drug related death at the inquest in Pontypridd.

He said: ‘There is no doubt in my mind that Jenna Rose Davison, on that occasion, did take these drugs willingly. I found no evidence of foul play.’