All’s fur in love and war: Lion gets a rival in a headlock as they fight over a female in Kenya

This is the dramatic moment two male lions got into a tooth-and-claw fight over a female in Kenya.

Amateur photographer Steven Underwood, 60, from Massachusetts, captured the moment one of the cats got the other in a headlock and they fought for dominance. 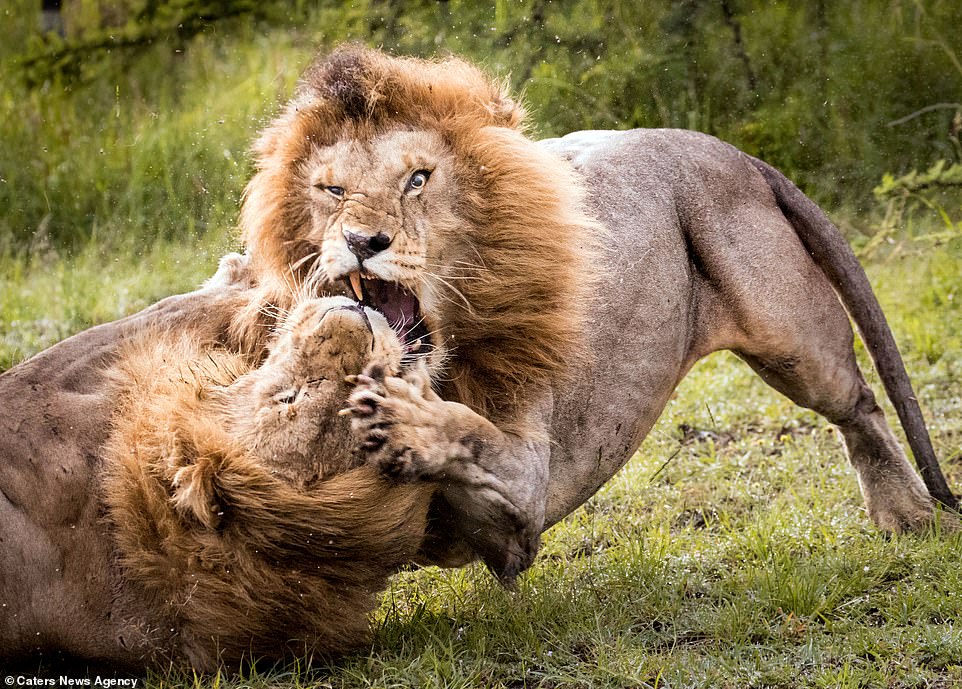 Steven Underwood, 60, from Massachusetts, captured these images of two related male lions getting into an intense battle over a female in Kenya’s Masai Mara National Reserve earlier this year 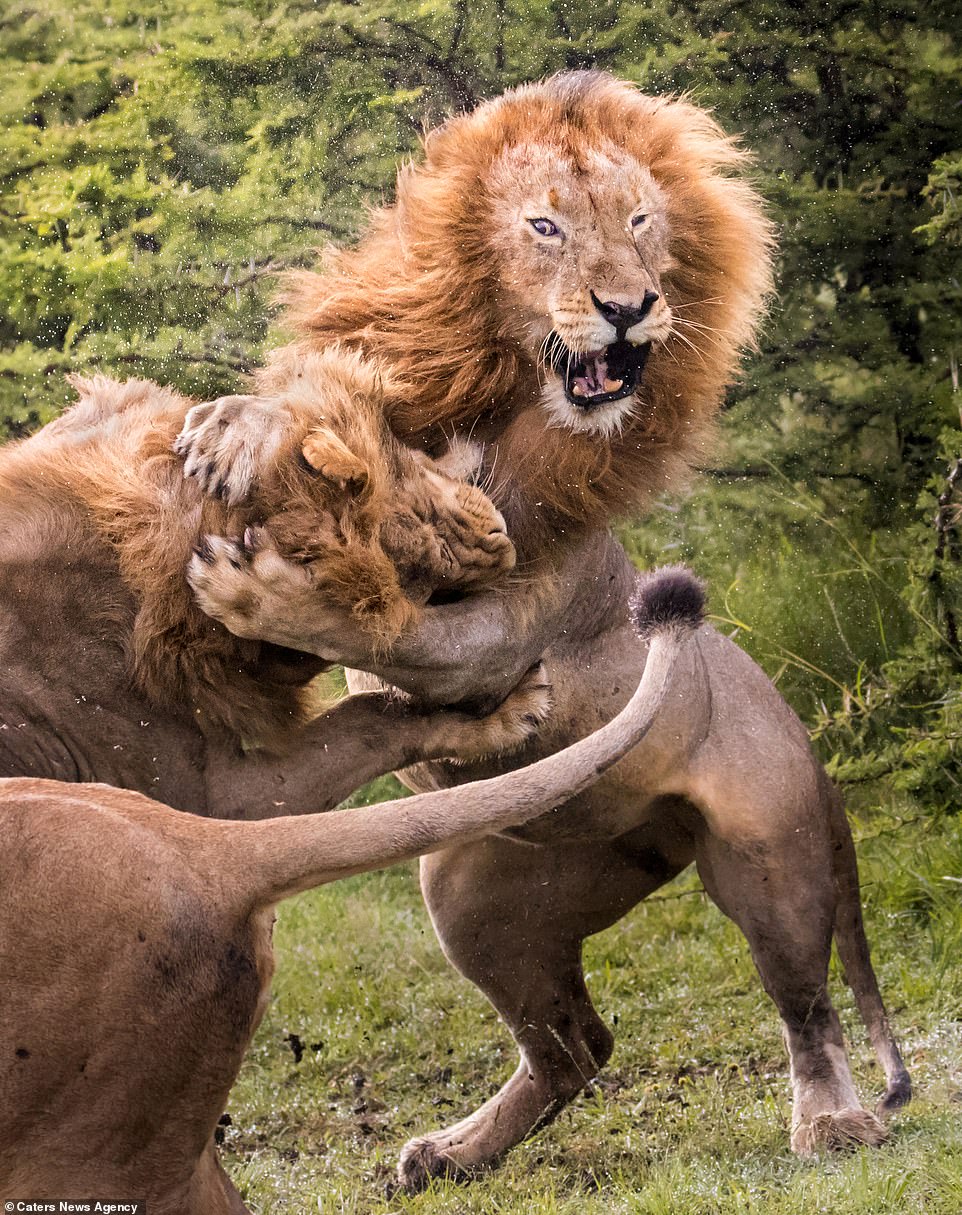 Mr Underwood said that one of the males was with a female until the second approached in a threatening posture, sparking a brief but intense struggle during which one appeared to get the other in a headlock

Mr Underwood said: ‘As a keen amateur photographer, I am a frequent visitor to the Masai Mara in Kenya for its unparalleled photographic opportunities.

‘One of the male lions was with a female of another pride. The second male approached in a threatening posture, and attacked the first.

‘Although the two males were likely related, their competition for dominance over the females was intense. With teeth and claws exposed, their resulting fight was brief but ferocious.

‘It is a remarkable experience to be close to lions and other wild animals while on an African safari. While photographing in Africa, I am privileged occasionally to witness something extraordinary.

‘Nothing can prepare you for the drama and ferocity of a fight between these incredible animals.

‘I will never forget the insanity of their exposed teeth and claws, and the crazed expression in their eyes as they threw themselves at each other.

‘Lions are revered as kings of their domain and powerful predators. Tragically, their populations are plummeting, largely due to conflict with humans and loss of habitat.

‘The Masai Mara Reserve in Kenya is one of the last, fragile areas where these magnificent cats can still roam wild.’ 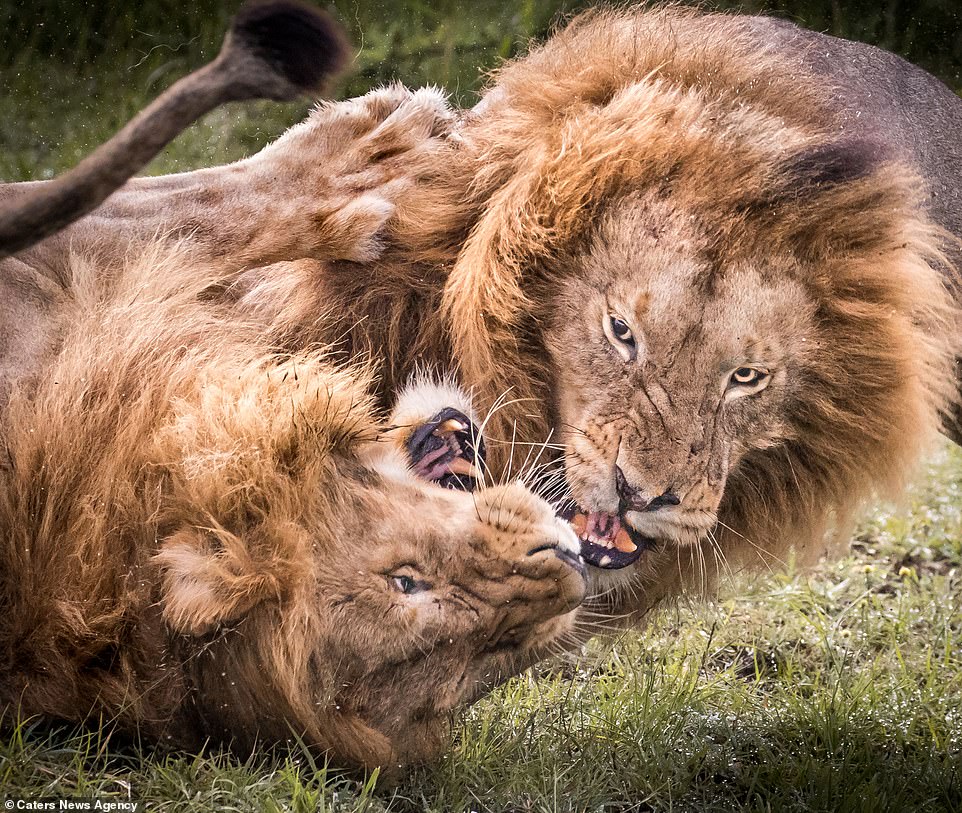 The Masai Mara is home to one of the world’s largest concentrations of lions, though their numbers are steadily falling. Male lions often face intense competition in order to breed with a female 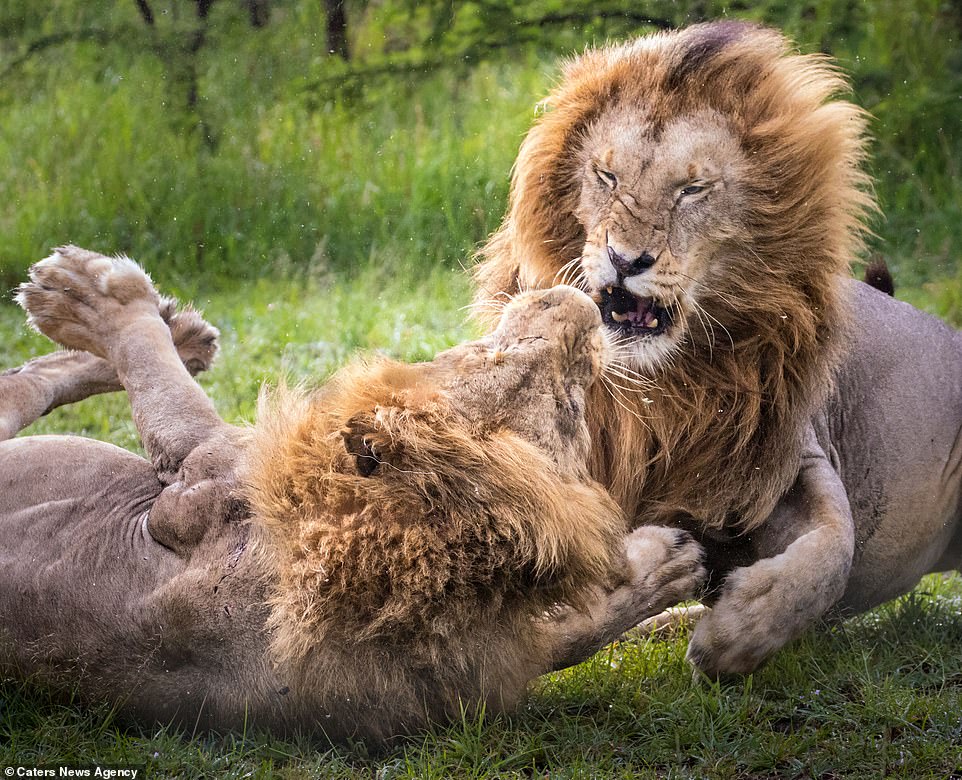 Describing his experience, Mr Underwood said: ‘I will never forget the insanity of their exposed teeth and claws, and the crazed expression in their eyes as they threw themselves at each other’