Man, 41, who spat blood in female police officer’s eye while she tried to arrest him for assaulting his neighbour is jailed for eight months 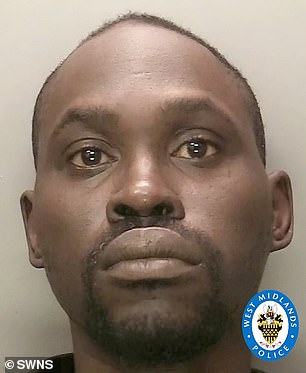 Temisan Oritsejafor, 41, launched the attack on PC Annie Napier who was arresting him after he assaulted his neighbour in Coventry on April 18

A thug who was caught on camera spitting blood in a female police officer’s eye has been jailed for eight months.

Temisan Oritsejafor, 41, launched the attack on PC Annie Napier who was arresting him after he assaulted his neighbour.

Cops were called to his flat in Wyken, Coventry, on April 18 after he became abusive towards a neighbour.

During the incident, Oritsejafor suffered a bloody nose and while he was being arrested he spat in PC Napier’s face.

Oritsejafor was on bail at the time for a previous assault on a police officer, a court heard.

Today he was jailed for eight months and ordered to pay a £149 victim surcharge.

Prosecutor Mark Phillips said: ‘A male officer who believed he was being aggressive took him to the floor, and was assisted by a female colleague, PC Napier, to restrain him.

‘As they’re getting him up, he spits into the officer’s face.

‘That is spit and blood, because he had had a bleeding nose earlier, and it catches her straight in the eye.’

Playing a CCTV recording of the incident, Mr Phillips added: ‘She is clearly upset, and she’s very shaken indeed.’

PC Napier, who tested negative for Covid-19, said: ‘As frontline officers, we know that we put ourselves in potential danger, but we now face the added risk of Covid-19 infection which then also puts our families at risk. 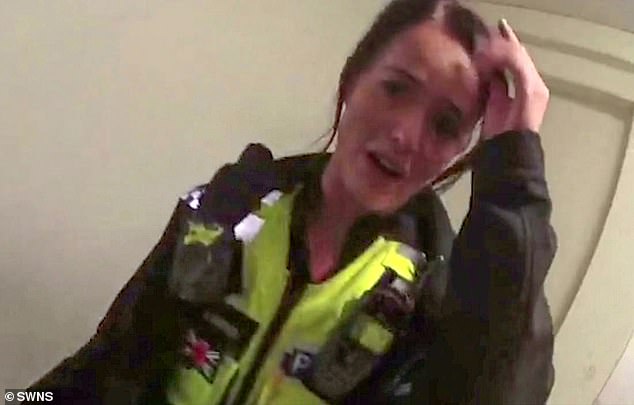 Oritsejafor, 41, was jailed for eight months having admitted two counts of assaulting an emergency worker. PC Anne Napier, pictured, said in court: ‘It’s a shock when someone spits in your face and very unpleasant’ 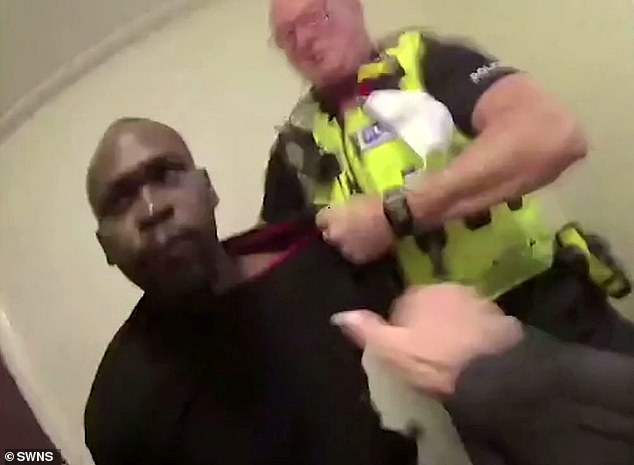 ‘It’s a shock when someone spits in your face and very unpleasant, so I’m pleased the force and the courts take these assaults so seriously.’

Superintendent Jenny Skryme, of West Midlands Police, said: ‘It is vulgar and unacceptable to spit at anybody, but even more so a key worker who is putting themselves at risk to keep people safe and catch criminals.

‘Our officers are bravely and repeatedly on the frontline despite the understandable safety concerns across the country.

‘This type of assault on our staff is deplorable and shouldn’t, and won’t be, tolerated.’