A Donald Trump supporter with his priorities on his shirt interrupted an election update in Clark County, Nev., on Wednesday, shouting conspiracy theories about the vote and Democratic candidate Joe Biden.

The protest happened during a live news conference held by Joe Gloria, the election registrar for Clark County. Gloria was providing an update on the vote-counting process at the time.

A blond man crashed the news conference to scream his message for the cameras. He was wearing a white tank top with “BBQ, Beer, Freedom” written across it. He was also wearing a mask under his chin.

“The Biden crime family’s stealing the election!” he shouted. “The media’s covering it up!”

The protester repeated his claims several times, adding: “We want our freedom for the world!” 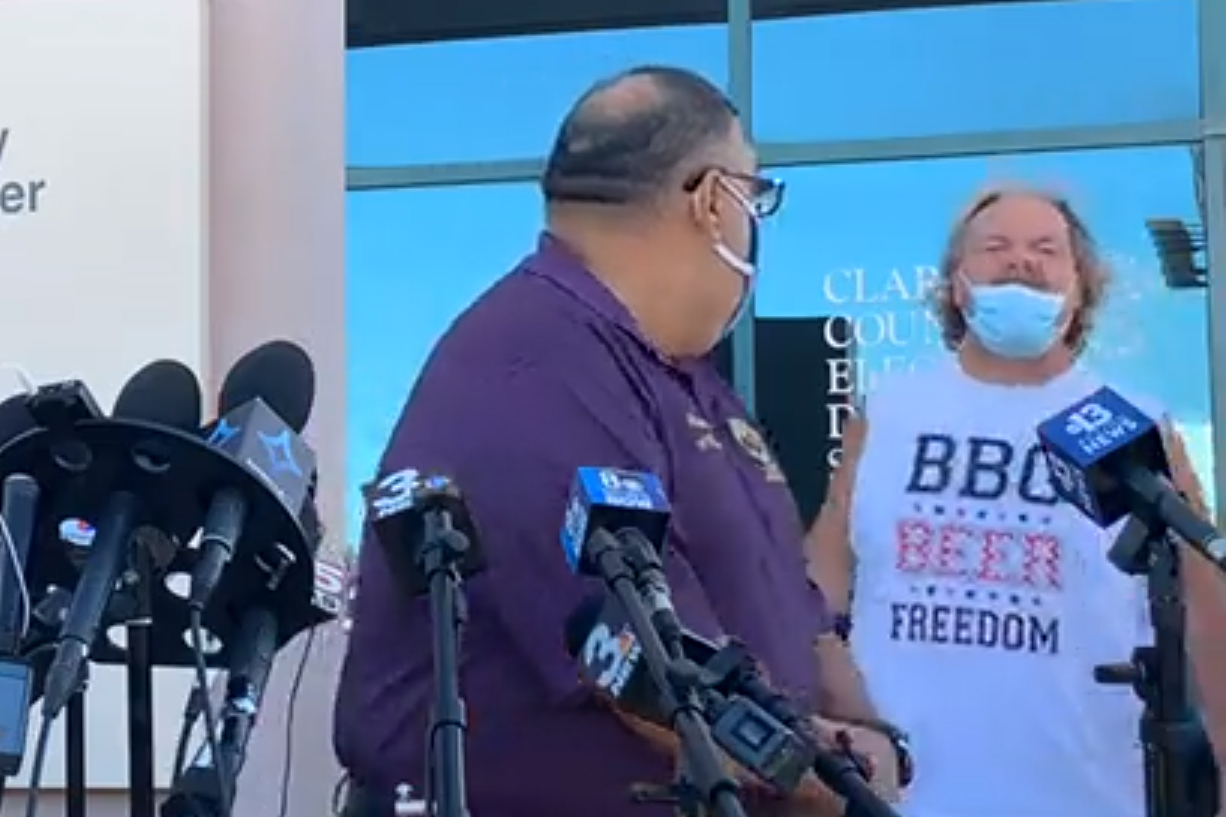 He was quickly escorted away, though he could still be heard shouting in the background.

“Where were we?” Gloria said after the interruption was over.

Nevada has voted Democrat in the last three presidential elections, but the state remained too close to call on Wednesday. Biden held a razor-thin lead in the state and a stronger one in Clark County, with more ballots still to be counted.

There is no evidence to support any of the protester’s claims, though they have been circulating among far-right circles for months.

U.S. President Donald Trump has also pushed a wide range of falsehoods in the wake of election day, including baseless claims that the Democrats are trying to “steal” the result.

Trump appeared to be on the verge of losing the popular vote for a second time on Thursday, when he trailed Biden by more than three million votes.

Protests have erupted at many polling sites across the country amid concern about the result.

The election remained undecided on Thursday morning as several states had not yet been called. Nevada was among them.

—With files from The Associated Press

A United Nations commission voted on Wednesday to remove cannabis for medical use from a category of the world’s most dangerous drugs, such as heroin,…