A MAN has been injured after being sprayed in the face with a corrosive substance by a mugger in central London today.

The victim in his 30s was doused in the eyes after being targeted in posh Bloomsbury Place this morning. 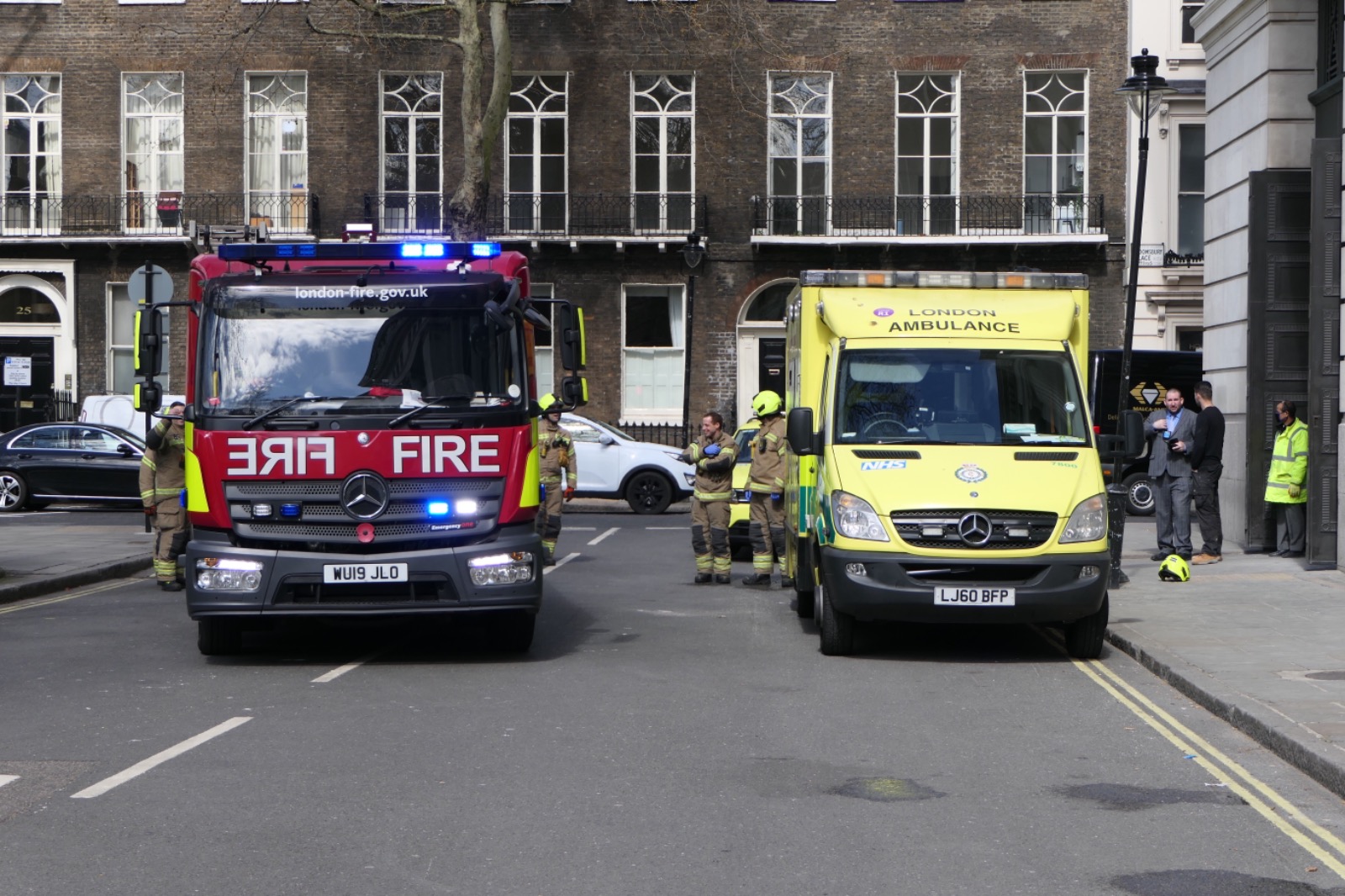 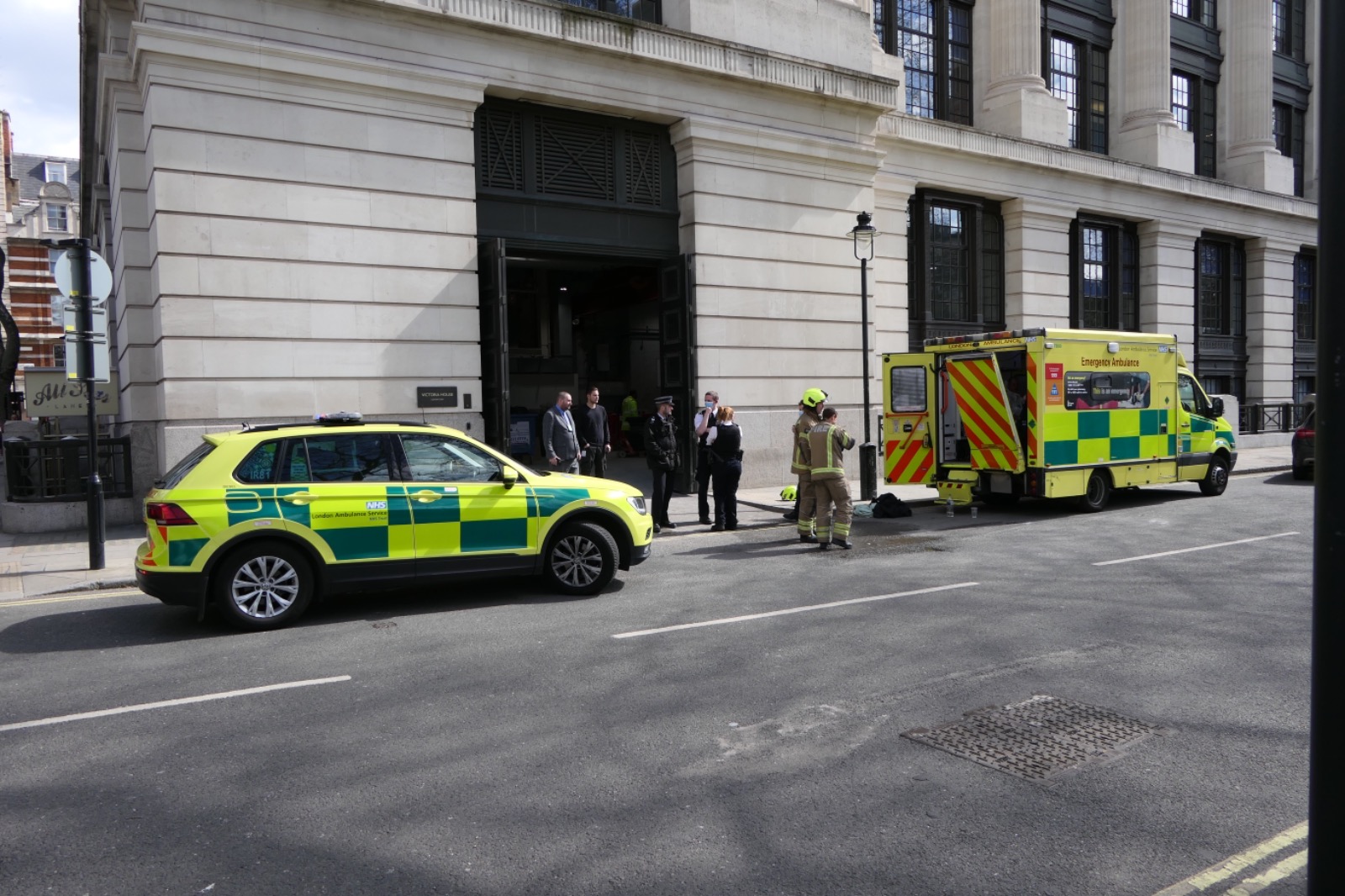 The man suffered irritation and inflammation to his eyes and was treated by paramedics and firefighters at the scene.

Police cordoned off the area after today's horror attack in Holborn after being called around 11.18am.

The Met has launched a probe into the sickening daylight attack.

No arrests have yet been made as police hunt the thug who pounced during the robbery close to Bloomsbury Square.

A Met Police spokesman said: "Police were called at 11:18hrs on Tuesday, 13 April to reports of a corrosive substance attack at Bloomsbury Place, WCI.

"At the scene a male, aged 30s, had been sprayed in the face with a substance that had inflamed/irritated his eyes.

"At this early stage detectives believe that the attack was sustained during a personal robbery.

"The victim was treated by medics and London Fire Brigade at the scene. We await further updates.

"There have been no arrests.A crime scene remains in place."

Anyone who witnessed this incident or captured moving footage is asked to contact police on 101 or Tweet @MetCC quoting 2507/13APR. 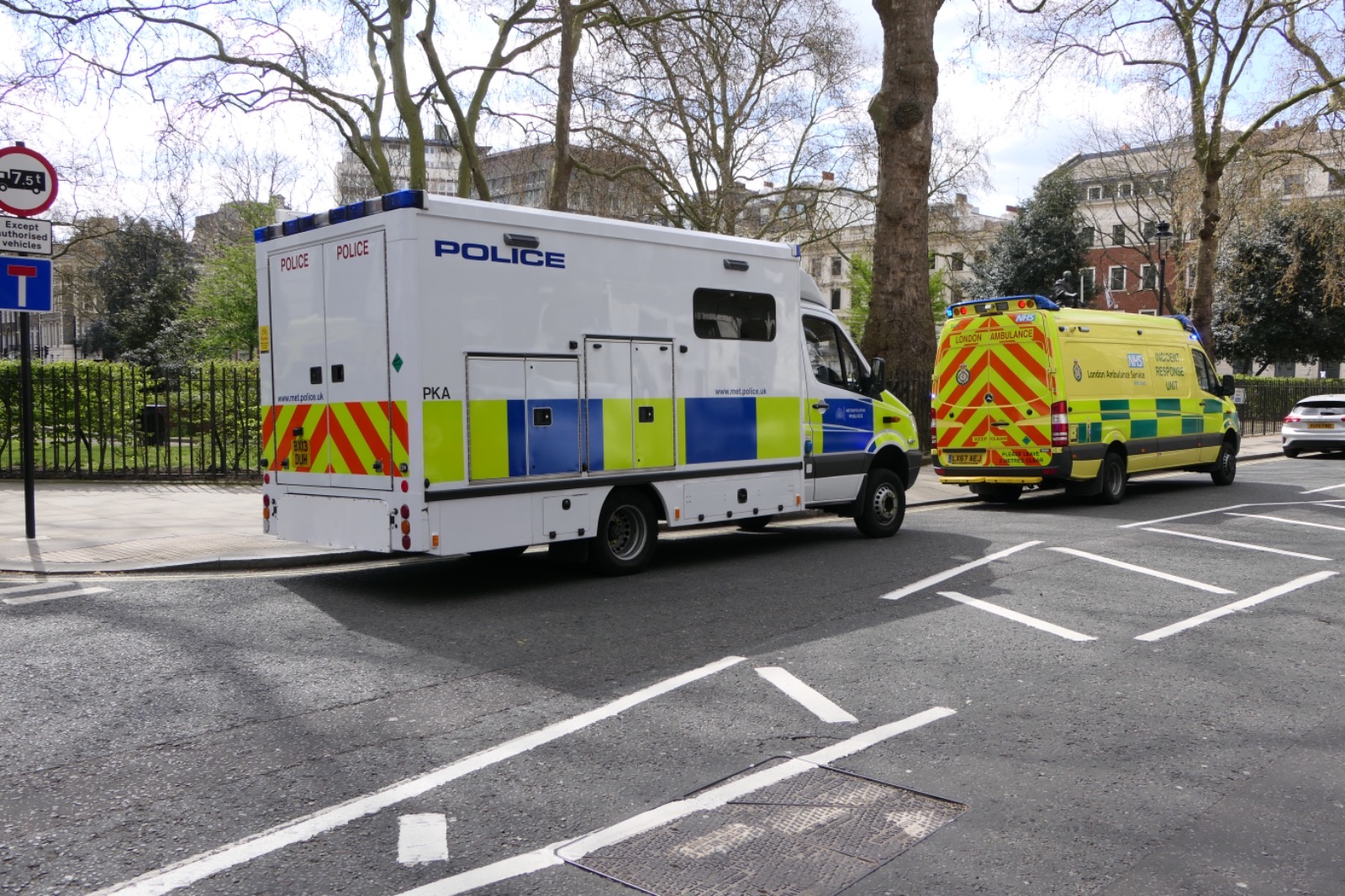