Greenkeeper, 61, killed himself after losing his job when his Covid-hit golf club made job cuts

A veteran greenkeeper killed himself after being made redundant by the golf club where he had worked for 33 years after they made financial cuts because of the effects of the pandemic, an inquest heard.

Dave Everett ‘s family said the 61 year old was left ‘completely broken’ when he was made redundant from the Lyme Regis golf club in Dorset.

An inquest heard that he had worked for 33 years as one of five greenkeepers employed at the club which was founded in 1893 and described as one of the finest in the South West of England – and has been a former head greenkeeper.

His widow Julie told the inquest in Taunton, Somerset, that the club’s committee members said it was suffering ‘severe financial hardship with costs exceeding income’ due to Covid and ‘needed a radical overhaul to reduce costs’.

She said Dave was offered a ‘financial exit’ and members wrongly thought he had taken early retirement.

She said one of the five greenkeepers had to go and the others had financial commitments with mortgages or children.

Dave, from Chard, Somerset, offered to work a couple of hours a week on a basic wage but was told the club could not even afford that.

She said: ‘He did not want to leave the place he loved.’

She added that he was left in tears when he went back to the club and found it had spent money when it said it was broke and had employed a new member of the greenkeepers’ team.

She said: ‘He felt broken. He had worked most of his life at the golf club and it had destroyed him.’ 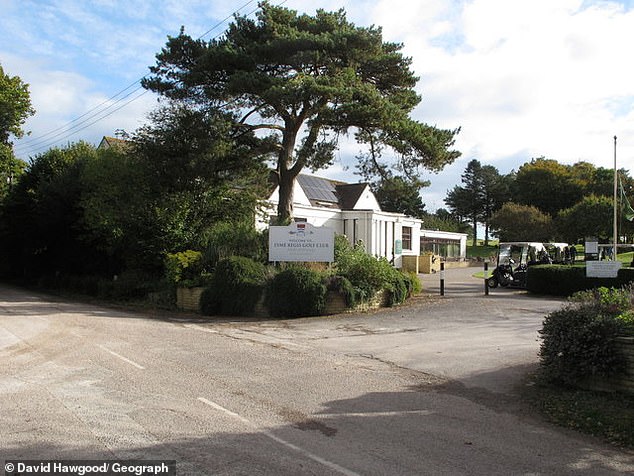 His son Scott said: ‘He put his heart and soul into Lyme Regis golf club. He was completely broken when he was made redundant.’

He added that he ‘was loved by everyone, had a fantastic network of friends’ and ‘that job was everything’ to him.

He was found hanged in woods near Staple Hill car park at Neroche, Taunton, one morning in October by walkers.

For confidential support call the Samaritans on 116123 or go to samaritans.org