A Florida construction company owner could face charges after he pulled out an assault rifle during an argument with a black landscaper who was blocking his driveway.

Shocking footage revealed the moment David Berry, 44, appeared with an assault rifle and yelled at Jeremy Lee, 46, of J&S Outdoor Maintenance, for partially blocking his driveway with a trailer ramp while working on a neighbor’s lawn.

‘This is is my property,’ Berry, of Fat Finger Construction, yells while armed after Lee’s vehicle has already been moved.

Clearwater Police said they will be presenting the case to the Pinellas-Pasco State Attorney’s Office on possible charges of aggravated assault with a firearm against Berry, WFLA reported. 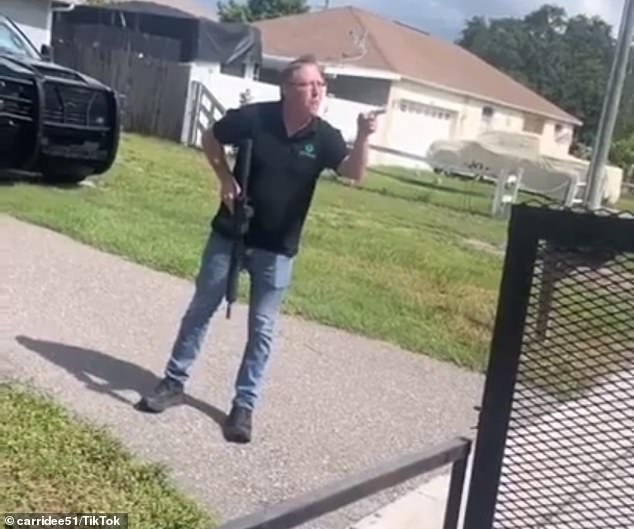 David Berry, 44, of Fat Finger Construction, brought out a rifle when yelling at landscaper Jeremy Lee after his driveway was partially blocked by Lee’s trailer ramp 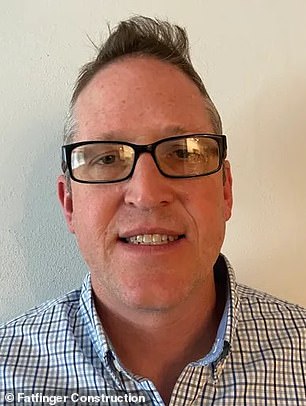 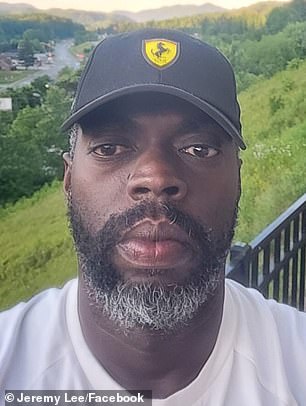 Lee (right) said he moved his car and apologized after Berry confronted him in Clearwater, Florida, on Thursday, but claimed Berry continued to yell at him with a rifle in hand 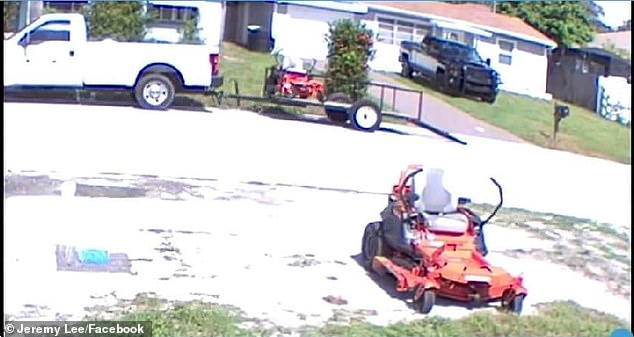 The neighbor who hired Lee to mow his lawn took a photo of Berry’s driveway, which was only partially blocked by the ramp after Lee unloaded a lawnmower

Lee said he and his daughter – Carrie, 22, who filmed the encounter – were left traumatized by the incident, which began on Thursday after the father-and-daughter duo arrived to do some yardwork on Boylan Avenue.

Lee said Berry had come out of his house, angry that the trailer ramp was blocking part of his driveway.

‘I immediately moved,’ Lee told WFLA. ‘I stopped what I was doing and I moved up, and like I said, just wasn’t good enough for him and I apologized to him.’

Lee said Berry returned, now armed with a rifle, as his daughter pulled out her phone and recorded the tense moment.

‘You think I’m playing,’ Berry yelled at them. ‘Punk ass. You’re daughter better take record of how stupid her father is.’

‘Keep recording,’ he then warned Carrie. ‘If it goes online, your a** will be sued, too.’

‘I’ll blast your f**king head off because you’re a dumba***,’ Berry added by the end of the video.’

Lee, who called Berry a ‘dumb motherf****r’ for pointing the gun at him, said he was worried for his daughter’s safety.

‘I was stunned,’ Lee said. ‘I think I said, ‘You’re going to kill me in front of my daughter?’

Carrie told WFLA that she also feared the worst. 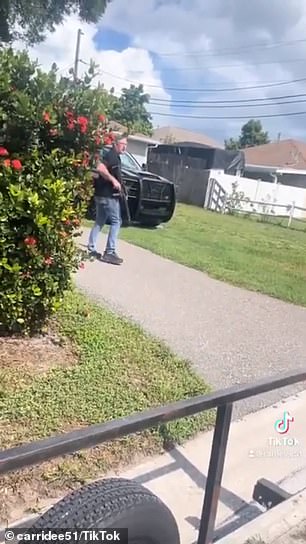 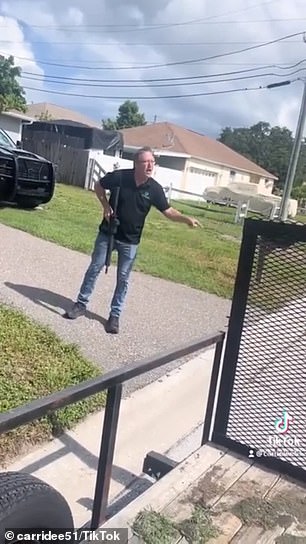 During the argument, Berry, who has faced several charges in the past, yelled that he would shoot Lee ‘because you’re a dumba**’ 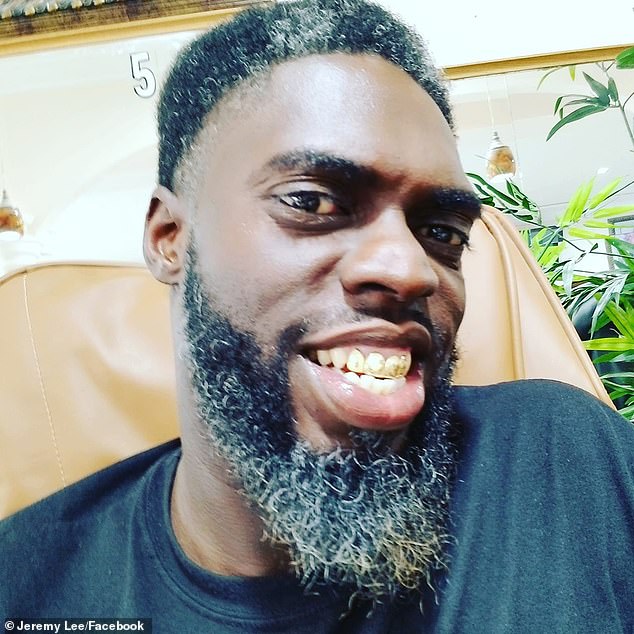 Lee, pictured, has called on authorities to not only file charges against Berry, but to also remove his weapons given his past charges of battery, burglary and petit theft

Lee said he and his daughter then called for Clearwater Police, who condemned the incident.

‘The bottom line is a dispute over parking should never have escalated to something like this,’ Clearwater Police Chief Dan Slaughter said in a statement.

‘If you have a problem with someone partially blocking the driveway, you call the police. You don’t grab a gun like some vigilante.’

This is not Berry’s first run in with the law as the construction company owner has been previously charged with battery, burglary and petit theft charges in the past, which were all pled down to misdemeanors, according to Pinellas County Court records.

Given his previous charges and anger during their confrontation, Lee has called for police to take away Berry’s guns.

‘I don’t think he ought to have the rights to bear arms,’ Lee told WFLA.

He added that several family members would be speaking with his city council leaders later this month to push for gun law reform.