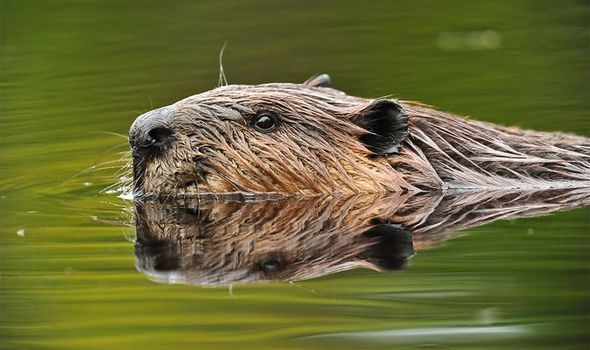 The North American beaver has expanded its range in recent years and is now colonising Arctic territory, researchers have found.

More than 12,000 beaver ponds have been mapped in western Alaska – double the amount found in the region 20 years ago.

And, between 1949-55, no beaver ponds were present – as shown by aerial photography.

The US National Oceanic and Atmospheric Administration’s (NOAA) Arctic Report Card 2021 has highlighted the changes.

Authored by members of the Arctic Beaver Observation Network (A-BON), including Dr Helen Wheeler of Anglia Ruskin University (ARU), the report details how scientists are using satellite imagery to plot the beavers’ march into the Arctic tundra.

Beavers are capable of changing landscapes by creating ponds and diverting river flow.

Ponds created by beaver dams increase surface water, which in the Arctic is causing permafrost to melt, in turn releasing the greenhouse gases methane and carbon dioxide.

As a result, research in western Alaska has shown beavers are the dominant factor in almost two thirds (66 percent) of cases where surface water has increased.

These new ponds can also lead to the introduction of other new species, including fish and invertebrates.

Dr Wheeler, senior lecturer in Zoology at Anglia Ruskin University (ARU), is now mapping the impact of beavers in the Northwest

He said: “The true impact of the spread of beavers into the Arctic on the environment and the Indigenous communities who live there, is not yet fully known.

“However, we do know that that people are concerned about the impact beaver dams are having on water quality, the numbers of fish downstream of the dams, and access for their boats.

“The abundance of vegetation, particularly trees and woody shrubs, appears to help beavers to thrive in previously inhospitable terrain, and we are also finding beaver lodges at ever higher elevations, including above the treeline.

“Whether their expansion northwards is entirely due to climate change or increased populations following historical reductions in the trapping of beavers for fur and food, or a combination of the two, is not entirely clear, but we do know that beavers are having a significant impact on the ecosystems they are colonising.”

It comes after beavers were released into the wild in England in August.

The creatures were given legal protections in England, making it an offence to deliberately capture, kill, disturb or injure them – or damage their breeding sites or resting places, as part of efforts to support their recovery.

The Department for Environment, Food and Rural Affairs launching a 12-week consultation on further re-introductions of beavers into the wild and management of existing wild populations in England.

Environment Secretary George Eustice said: “We are committed to providing opportunities to reintroduce formerly native species, such as beavers, where the benefits for the environment, people and the economy are clear.

“But we also understand that there are implications for landowners, so we are taking a cautious approach to ensure that all potential impacts are carefully considered.”

Rob Stoneman from the Wildlife Trusts hailed the news.

He said: “There’s an impressive body of evidence to show how beavers can help to improve the quality of rivers and wetlands and the wildlife they support, improve water quality, and reduce flood risk, as well as contributing to carbon storage.

“Beavers are fabulous – they can do all of this free of charge.”

However he also added: “Beavers are wild animals – and as their populations expand their activities will need managing.”

He said the trusts would continue to play a pivotal role in the return of beavers in a responsible manner.