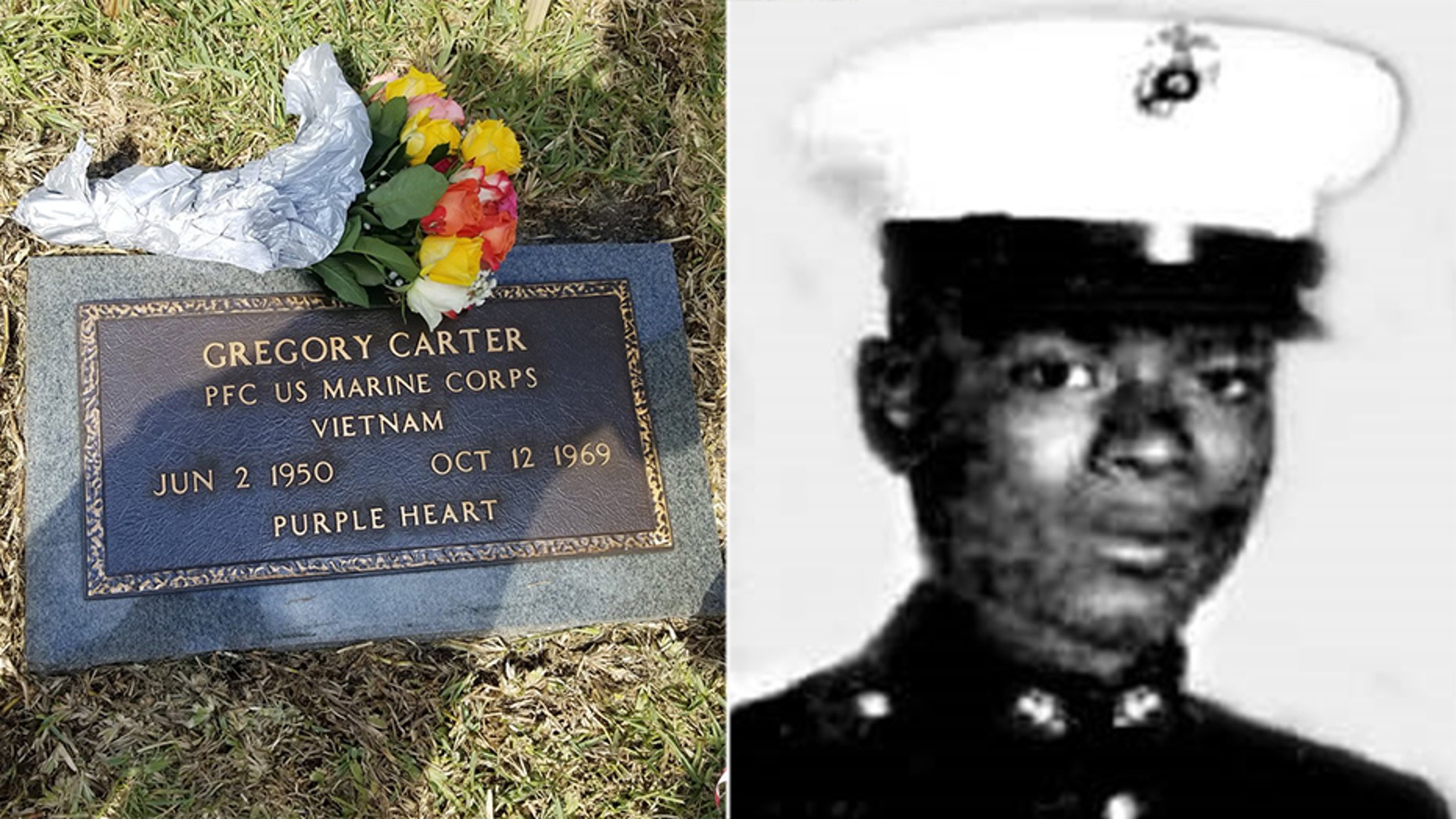 Fort Lauderdale dedicated a bronze grave marker Saturday for native son Gregory Carter who was killed in action in Vietnam after joining the Marines and whose burial spot was unmarked for 50 years.
(City of Fort Lauderdale)

A Florida city dedicated a bronze grave marker Saturday memorializing a native son who was killed in action in Vietnam and whose burial spot was unmarked for 50 years.

An unexpected crowd of 200 attended the dedication at Sunset Memorial Gardens Cemetery in Fort Lauderdale for Marine Pfc. Gregory Carter, who was 19 when he was killed by enemy fire in Vietnam’s Quang Ngai province in 1969.

Anthony Owens told the Florida Sun-Sentinel that after his brother was buried there was no more memory of him “until today.”

“It’s like he woke up to the world again,” Owens said. “His life is meaningful. It means something."

He told the paper he didn’t expect so many people to show up to honor his brother.

“It raised our spirits, big time,” he said.

The dedication featured a Marine color guard, a rifle salute and the playing of "Taps."

“PFC Gregory Carter made the ultimate sacrifice in the name of freedom,” Fort Lauderdale Mayor Dean Trantils told the crowd.

Carter graduated high school and in January 1969 enlisted in the Marines.

His tour of duty in Vietnam was cut short after just three months.

The Vietnam Veterans of America discovered Carter was buried in an unmarked grave while tracking down photographs of Vietnam vets for the black granite Wall of Faces in Washington, the Sun-Sentinel reported.

Ft. Lauderdale officials said the grave was unmarked for 50 years for unknown reasons.

“If you die you’re just lost until somebody thinks of you again,” Owens told the paper. “So his spirit is probably all around us right now. It’s a good thing. He’s doing good.”