ANTI-Amazon protests have broken out during Jeff Bezos’ visit to India with demonstrators slamming him for “crippling businesses”.

The online shopping supremo is in the country to promote his company – promising to invest $1billion (£770million) there to bring small businesses online. 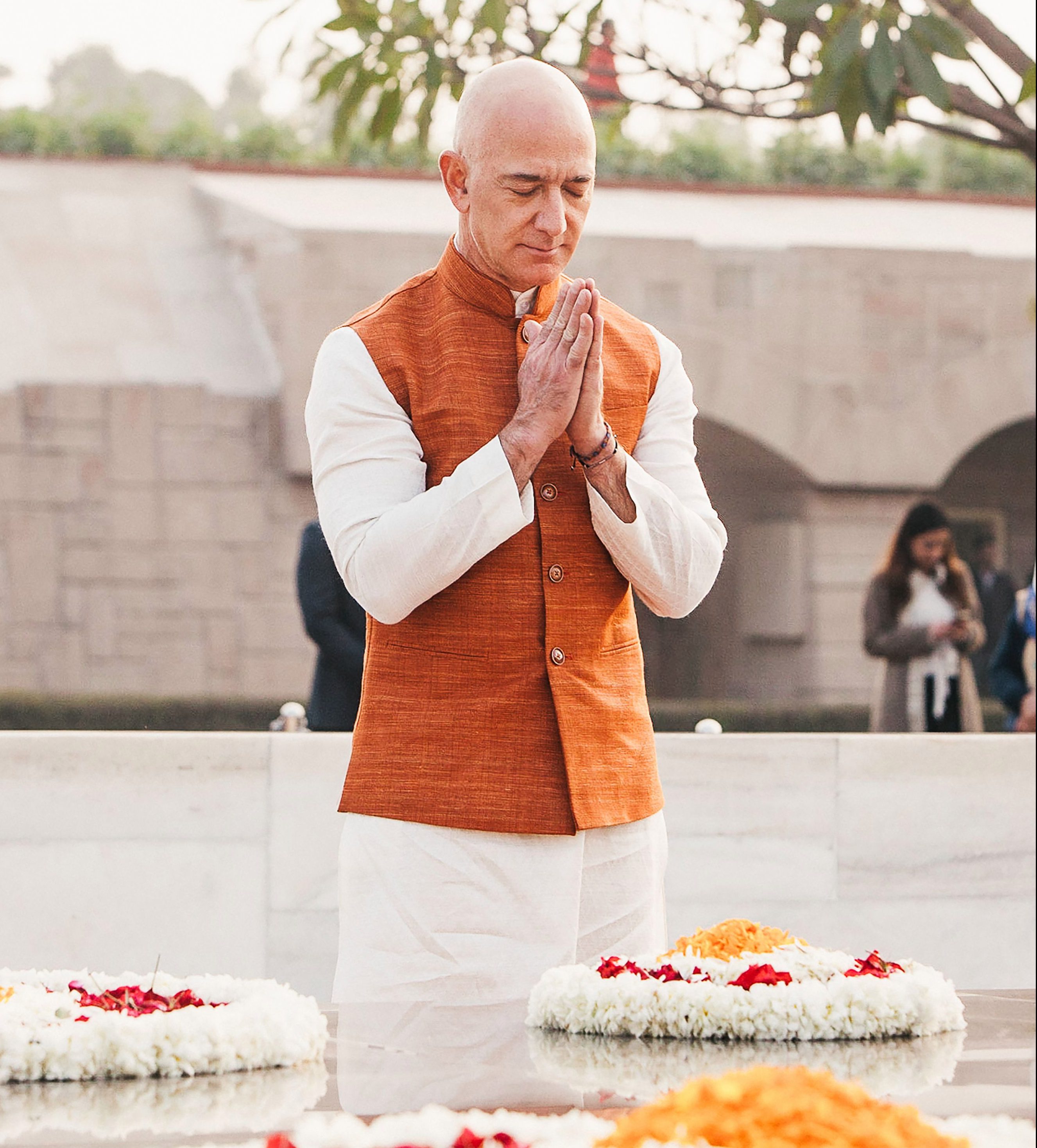 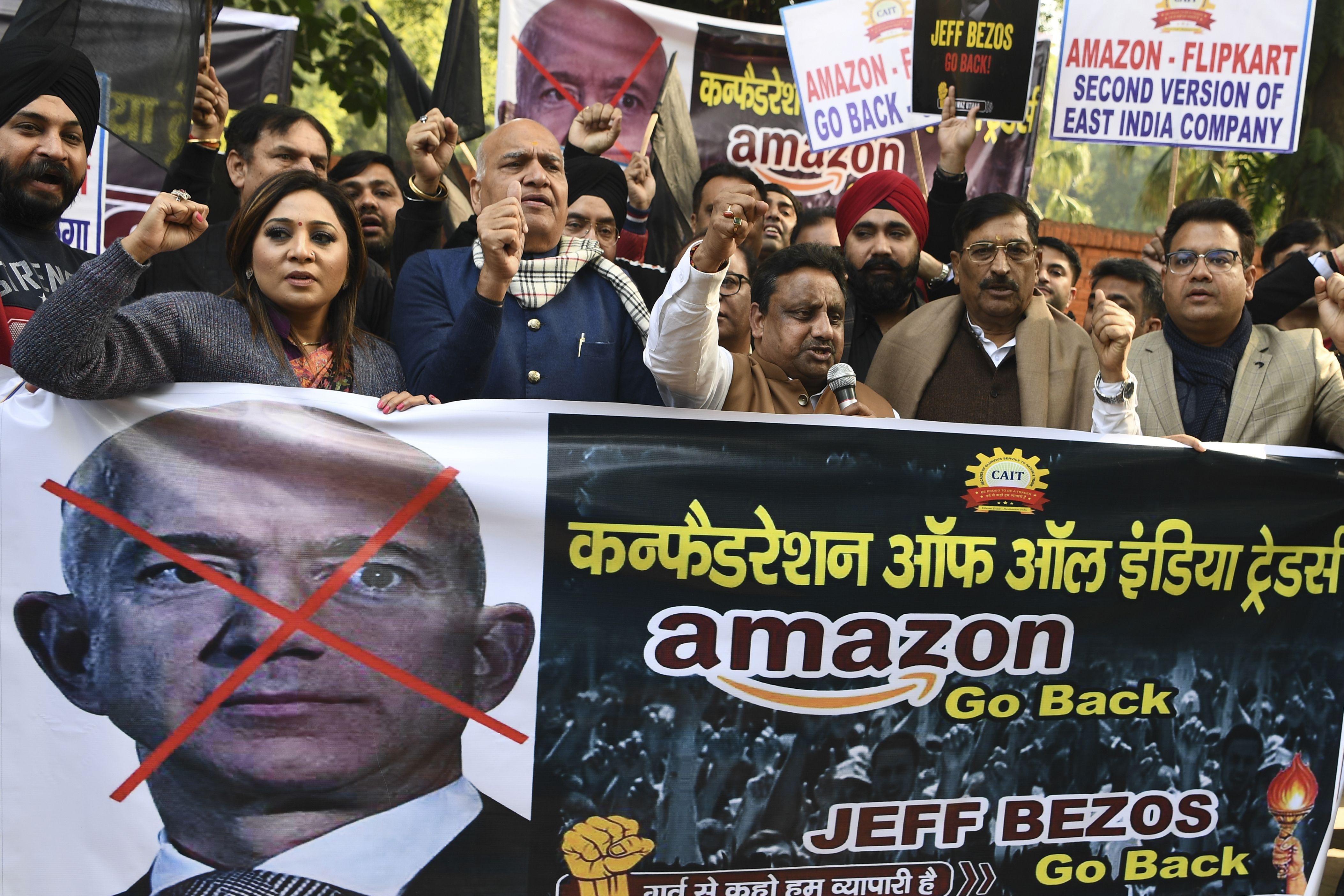 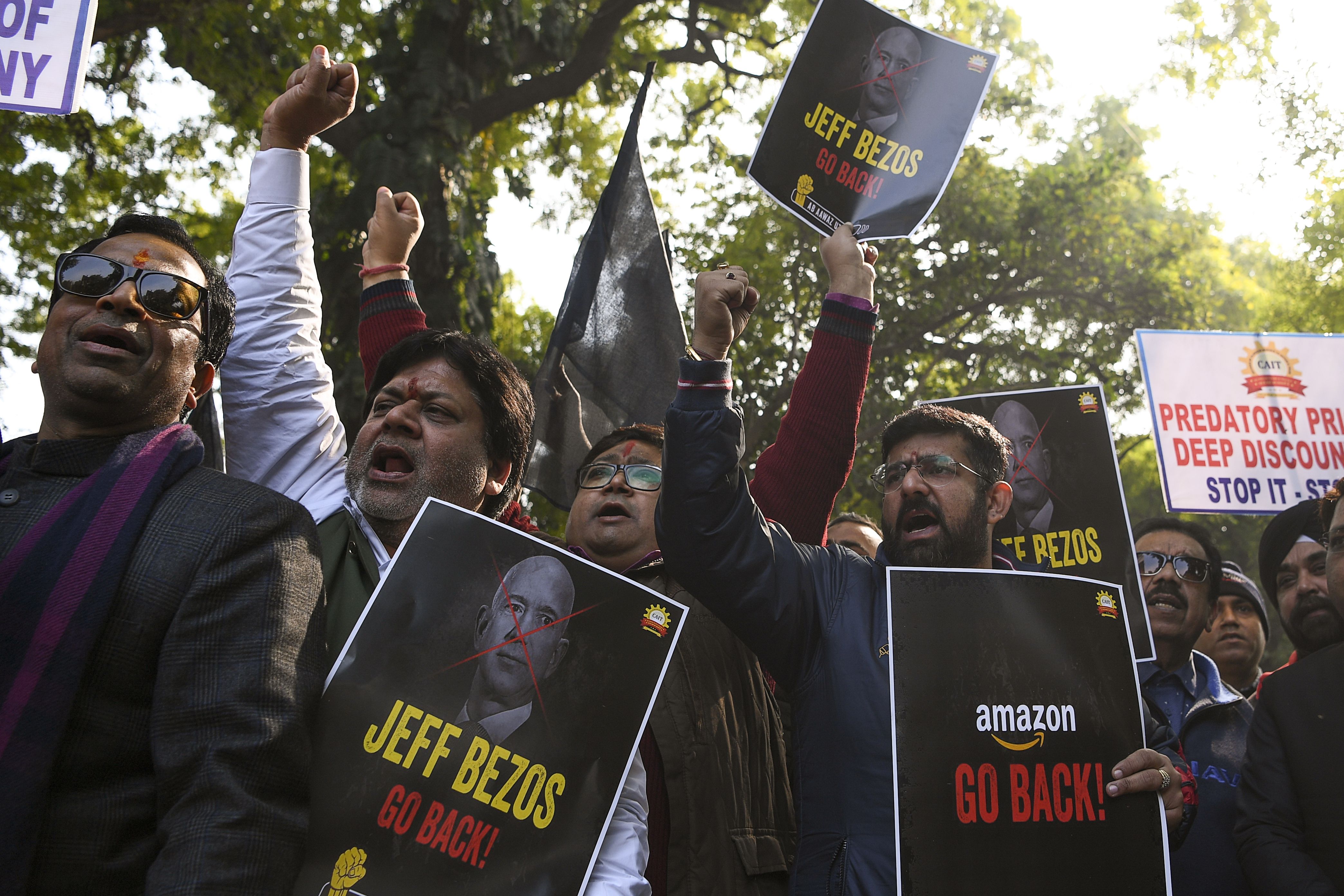 But his visit was met with protests from furious brick-and-mortar retailers who fear Amazon will put them out of business.

Demonstrators in New Delhi – where Bezos was visiting today – chanted slogans and waved placards with a big red cross through his face.

And the Confederation of All India Traders, a group representing 70million businesses, vowed to protest in 300 cities during his trip.

They accuse the e-commerce giant of violating Indian law with deep discounts and discriminating against small sellers by promoting select big ones.

The company denies the allegations.

But the country’s competition watchdog this week launched a probe to look into the allegations.

And protest organiser Praveen Khandelwa says Amazon's "sinister game and evil designs" have "already destroyed the business of tens of thousands of small traders" in India.

Fuming demonstrator Girish Prasad Ratha said he had lost 15 per cent of his sales in the last two years because customers were going online.

He said: “We are not able to compete. There is an unhealthy competition.”

Amazon maintains it provides opportunities to more than 550,000 sellers on its platform to grow their business in India.

The company said it will setup digital centres in 100 Indian cities and villages to help businesses get online to sell their goods and will offer support in marketing and logistics.

The £770million investment will help bring more than 10million Indian businesses online and enable exports of India-made goods worth £7.7billion by 2025, it added.

Speaking at a company event at a New Delhi stadium which Amazon described as "a first-of-its-kind mega summit" bringing together more than 3,000 small businesses, Bezos praised India and said Amazon was committed to being its long-term partner.

Bezos told the cheering audience: “The dynamism, the energy … the growth. This country has something special.”

Most read in news

Other events in India have included Bezos paying his respects to a memorial dedicated to Mahatma Gandhi.

He has also sought a meeting with PM Narendra Modi and other government officials, sources say.

Bezos, who arrived on Tuesday, is due to fly out on Saturday. 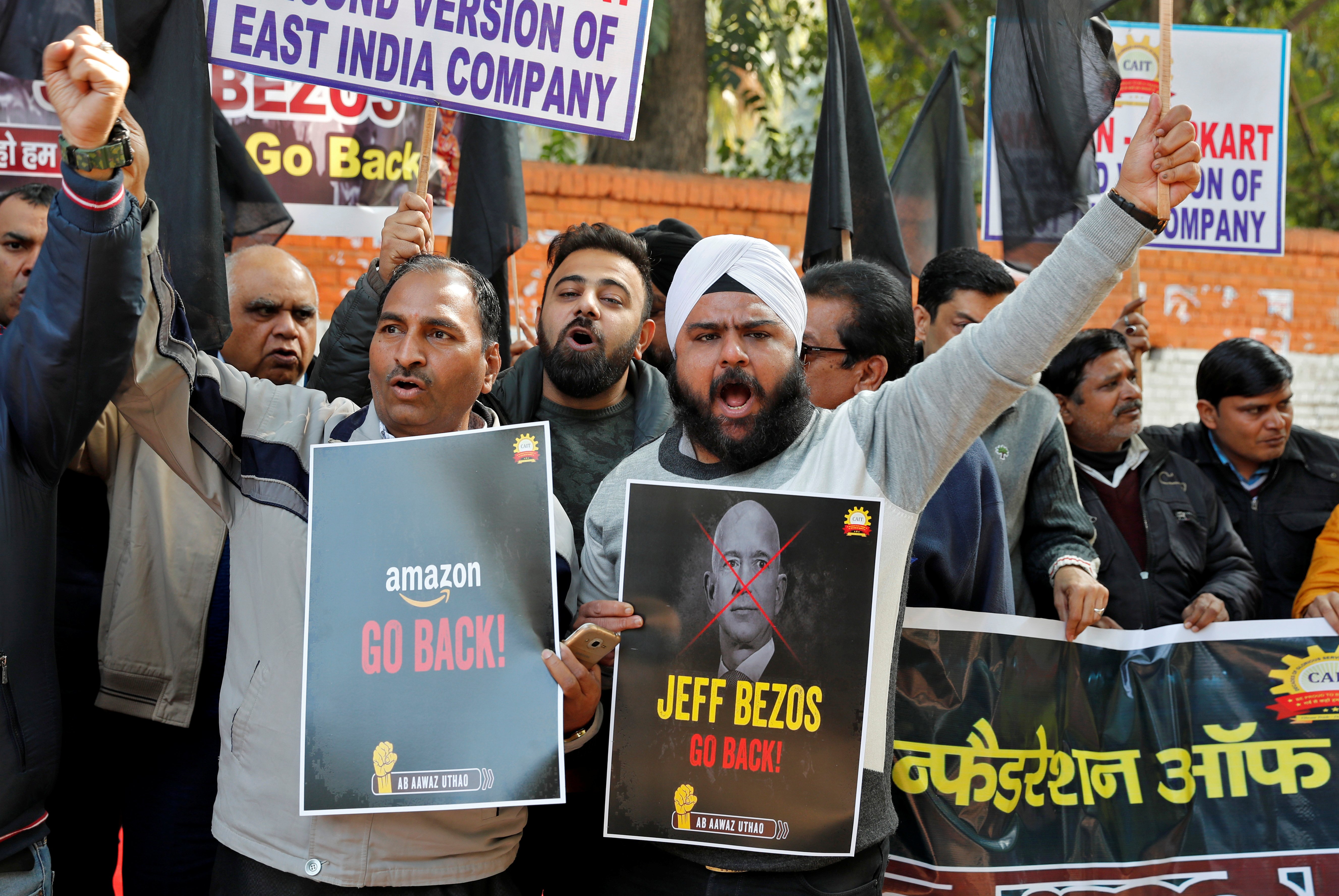 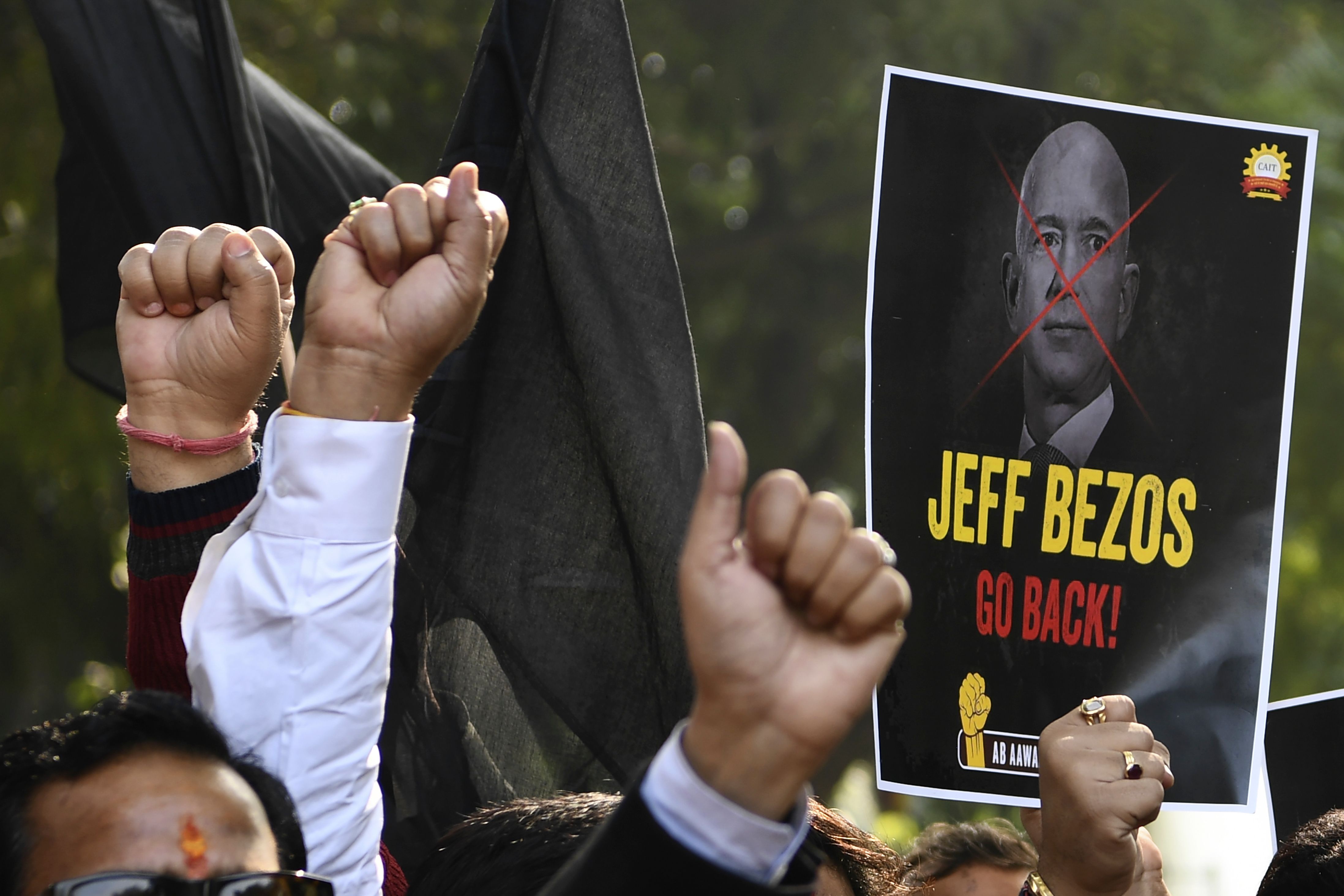 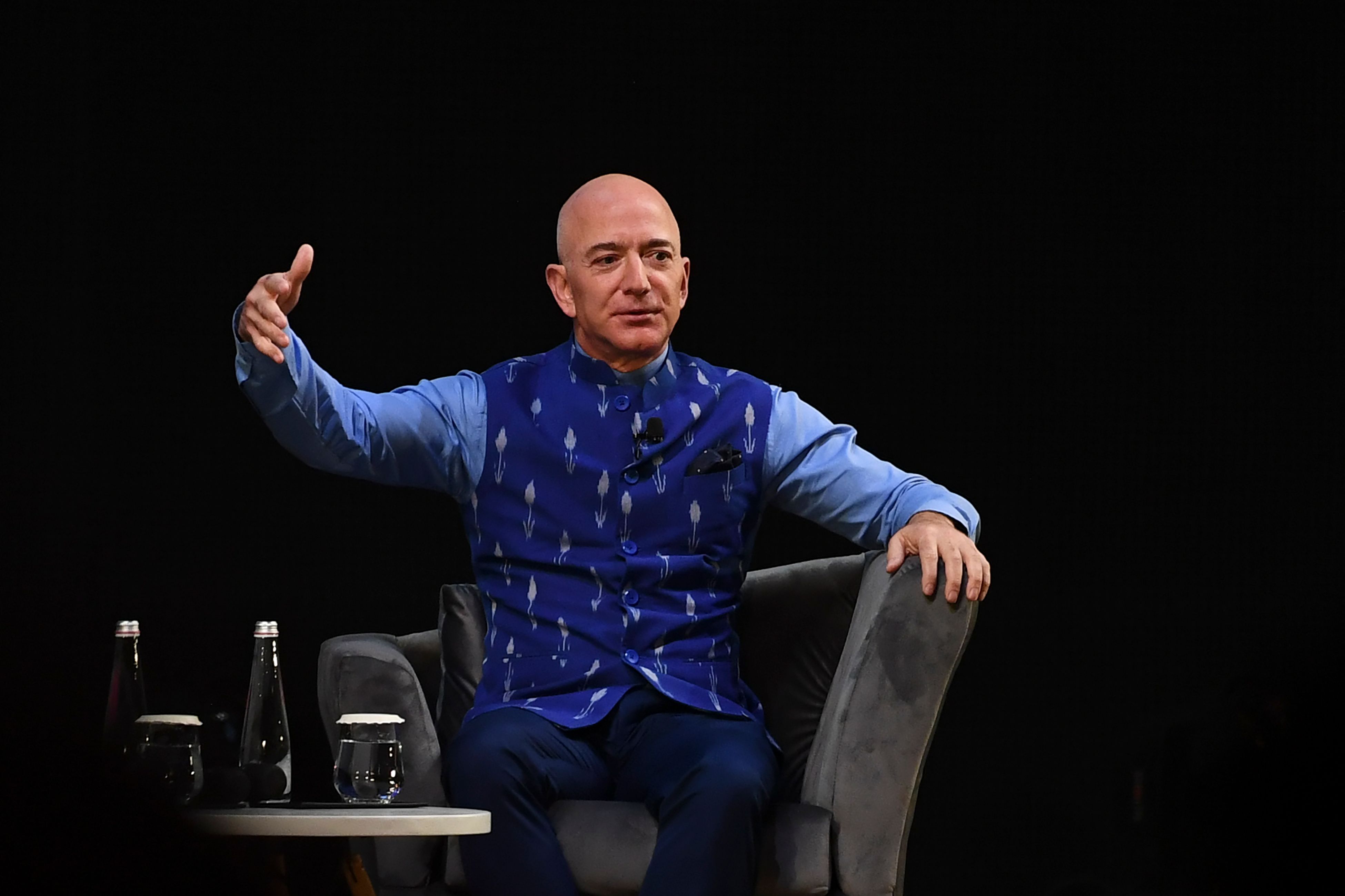