Three hundred million years ago, the largest insect ever known to humankind hunted in fern jungles and terrorised other creatures.

The Meganeura has earned the title “prehistoric griffinfly” from scientists and was only one of many massive prehistoric creatures roaming the Earth at the time. 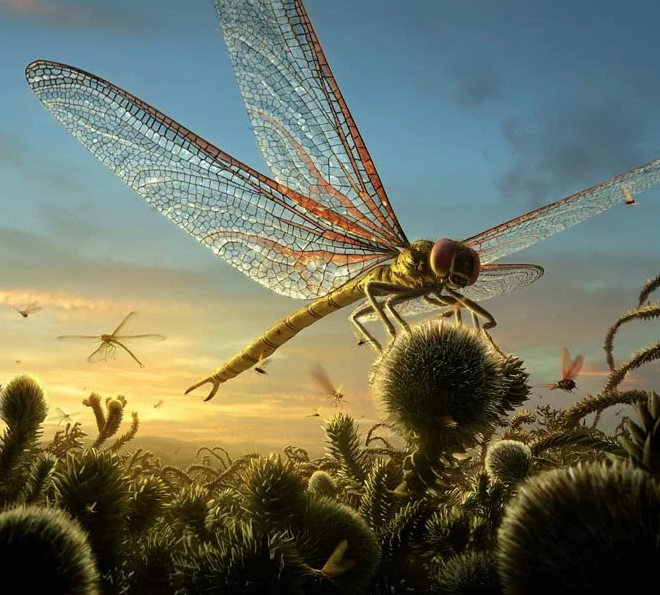 Unlike the other terrifying giant creatures, Meganeura ruled the skies for millions of years due to lucky mix of atmospheric differences and a lack of flying predators

Meganeura hunted in an time before birds and bats existed.

They grew strong mandibles that gripped and carried prey.

These appendages were toothed, making them even more intimidating. 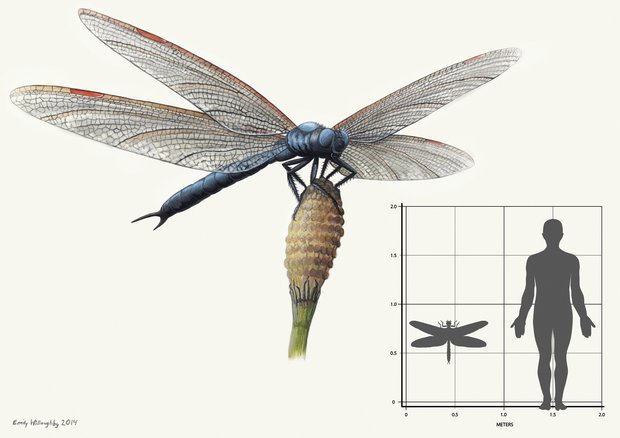 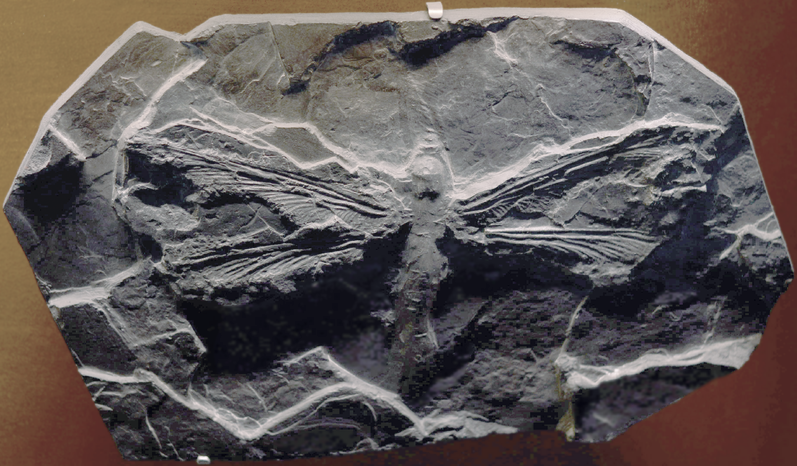 The giant prehistoric dragonfly hunted similarly to modern dragonflies, but it was large enough to prey on much bigger creatures.

The first Meganeura fossil, discovered in 1880, eventually led researchers to a group of mega-insects, including Meganeuropsis permiana and other massive dragonflies.

But scientists disagree on why the enormous beasts went extinct.

Some believe a higher concentration of oxygen in the atmosphere let insects grow larger, but a drop in oxygen levels in The Permian Extinction saw 90% of species on Earth get wiped out. 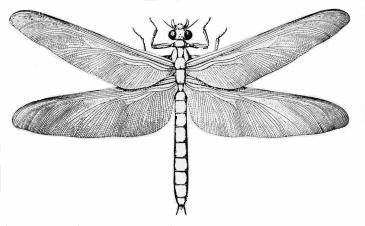 One study suggested Meganeura might have been sluggish and underperforming in the thinner air; newer, faster species might have driven it to its end.

Others think the large insects may have survived the Permian Extinction but were wiped out by flying dinosaurs.

The first dino-birds hybrid preyed on large insects and competed with them for food sources.