Two hundred babies might have survived had better care been provided, a landmark report into the NHS’s worst ever maternity scandal is expected to reveal today.

Dozens more suffered life-changing injuries as a result of the poor care provided by Shrewsbury and Telford NHS Trust over almost two decades. At least 12 mothers died while giving birth.

Today’s report is expected to confirm that the Shropshire trust’s failings were unprecedented in the history of NHS maternity care. 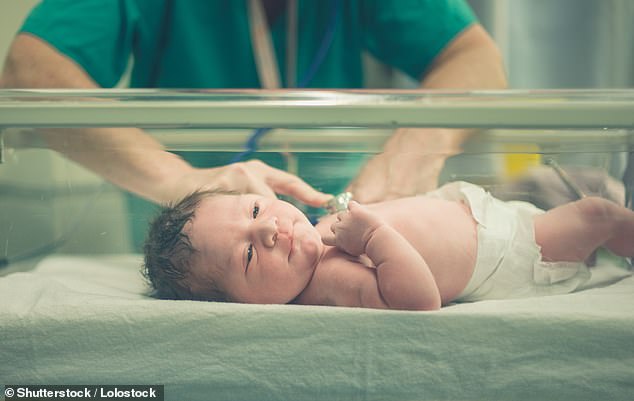 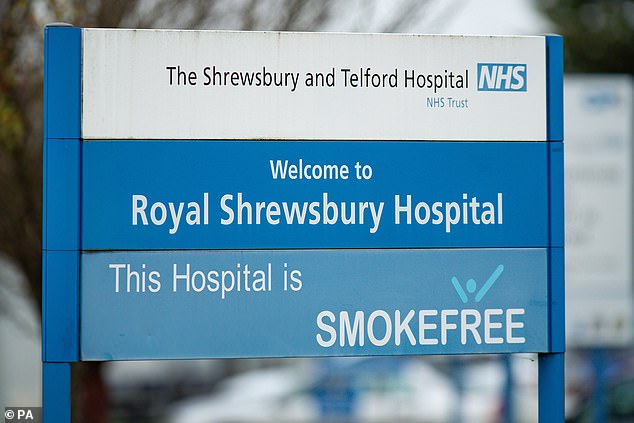 The report is set to reveal that three hundred babies died or were left brain damaged because the hospital trust was fixated on encouraging ‘natural’ deliveries (pictured: the Royal Shrewsbury Hospital)

The devastating independent report comes after the trust has paid out more than £58million in clinical negligence damages and costs since 2000. Midwife Donna Ockenden, who led the five-year inquiry into maternity services at the trust, has already revealed that there were ‘numerous opportunities for the system to wake up and realise that there was a problem’.

She has described her report as ‘a blueprint for safe maternity care’. It will conclude that 201 babies might have survived had better maternity care been provided, the BBC reported. Of those, 131 were stillbirths and 70 ‘neonatal deaths’, when a baby dies in the first 28 days of life. Most happened between 2000 and 2019.

Her inquiry revealed that many babies were left with fractured skulls or broken bones. 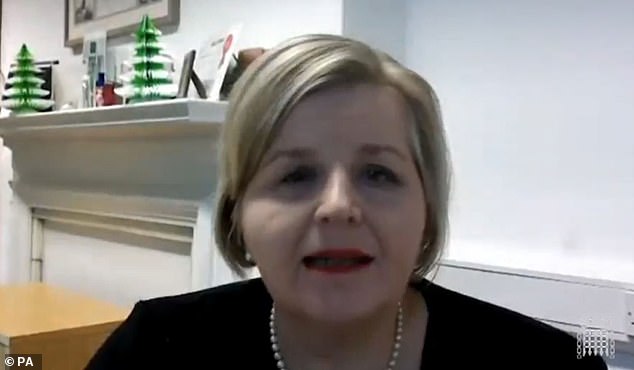 Donna Ockenden (pictured), is the former senior midwife who has lead the independent inquiry into baby deaths at scandal-hit Shrewsbury and Telford Hospital NHS Trust

Others were starved of oxygen and suffered life-changing brain injuries as mothers endured traumatic births after being denied caesarean sections. By 2002 the trust had the lowest caesarean rate in the country at 11 per cent. An interim report into the first 250 cases was published 15 months ago. It found that staff sometimes blamed the mothers for their babies’ deaths.

Among those taking legal action is the Reverend Charlotte Cheshire, 44, from Newport, Shropshire. Her son Adam looked unwell after his birth in 2011, but her concerns were dismissed by staff at the trust, she alleges. After it was finally discovered that he had Group B Strep infection, he spent almost a month in intensive care. Adam, now 11, has been left with multiple health problems.

The trust – which is ranked as inadequate by regulators – has accepted responsibility for the failings and apologised for the hurt it caused. It says most of the changes recommended in the interim report had already been made.