A MCDONALD's worker was sacked after pouring sweet and sour sauce instead of caramel sauce onto a "rude" customer's Mcflurry.

Posting anonymously to TikTok, the former fast-food employee revealed how he got revenge on the unsuspecting diner. 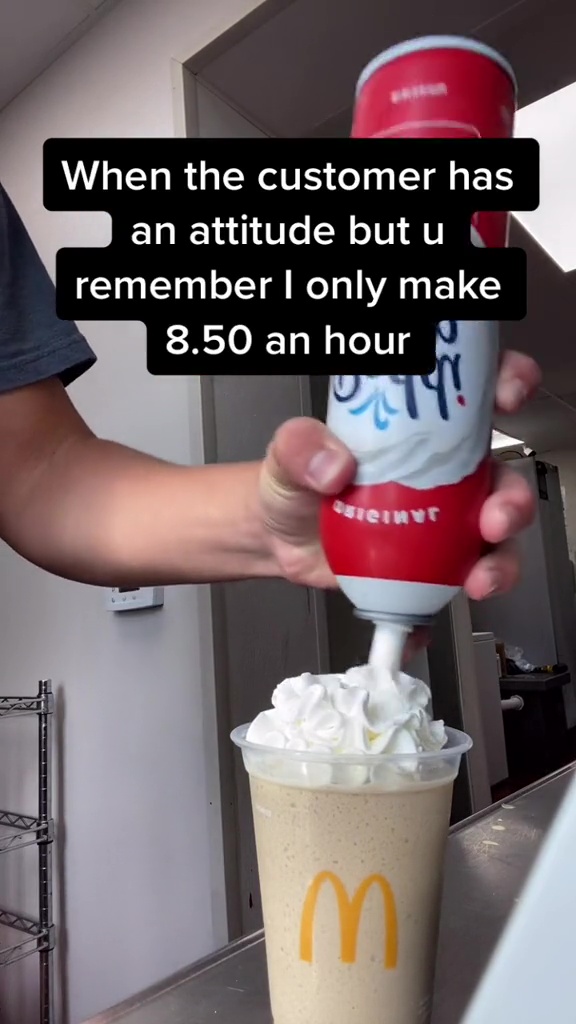 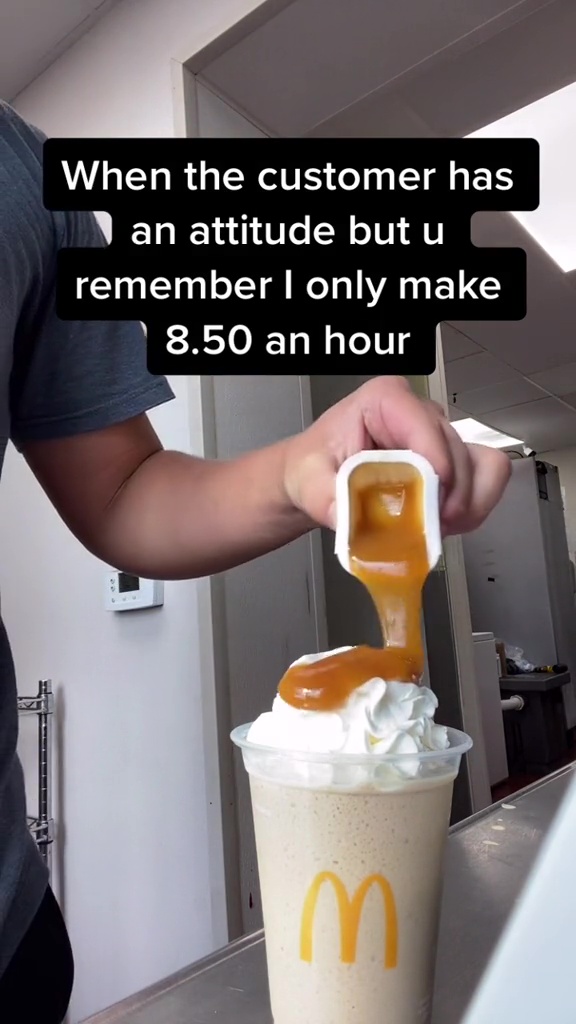 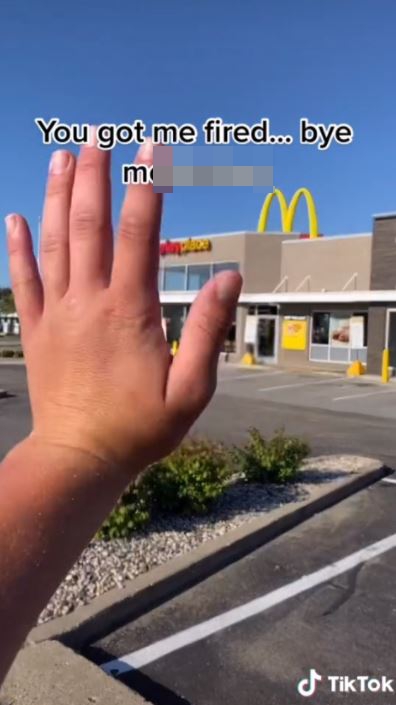 In the first viral clip, the McDonald's worker can be seen putting whipped cream on the customer's order before drizzling a packet of sweet and sour sauce over the drink.

"When the customer has an attitude but you remember you only make 8.50 an hour," they wrote.

But it wasn't long but the fast-food worker's act of revenge backfired.

Just 13 days, the fast-food worker posted a video of himself waving at the McDonald's were he supposedly worked.

"Ladies and gentlemen you did it…," he wrote referring to his previous TikTok going viral.

The two clips have gone viral with his announcement of being fired having been viewed more than 400,000 times.

But there was little sympathy for the former McDonald's employee in the comment section.

"You got yourself fired dude…," one person said.

"The second I saw the video of you putting sweet &’ sour sauce on a caramel frappe I knew you was gonna get fired instantly," another TikTok-user said.

McDonald's has been a hot topic on TikTok with workers and others posting "secrets" about the business anonymously.

Earlier in the month, one TikToker claimed to know the reason why the Mcflurry machines are always broken.

Johnny Harris published a video on TikTok that explains his theory on why it's so hard to order an ice cream at the iconic fast-food chain, and it's not because employees are too lazy to deal with the machines, as many believe.

One of the main issues with the machines is they are handled by an outside company, Taylor Company, and employees are unable to do anything but wait for a certified technician to fix them if they break, as Harris says on the @behindthebrands TikTok account.

Harris also says the machines self-clean every day, but this process takes about four hours, and if there is any glitch during the process, a whole new cleaning cycle begins, taking the machines out of commission for even longer.

Moreover, because these machines are so expensive, most McDonald's locations only have one, and they can easily overheat if they are processing too many orders at once.

These claims come as the Federal Trade Commission are investigating the McFlurry machines, and why they seem to not be working so often.

The probe is part of an effort to protect franchise owners, who have complained the machines give their businesses a bad reputation.

“We are tired of being the butt of late-night jokes. So are our customers and crews,” the National Owners Association said, according to Wall Street Journal.

“Nothing is more important to us than delivering on our high standards for food quality and safety, which is why we work with fully vetted partners that can reliably provide safe solutions at scale," the company has previously said about the investigation.