FOR years he was a champion greyhound but now, instead of chasing down hares, he is hunting GHOSTS.

His name is Bond — Longrange Bond — and he is on a mission to sniff out the supernatural as a real-life Scooby-Doo. 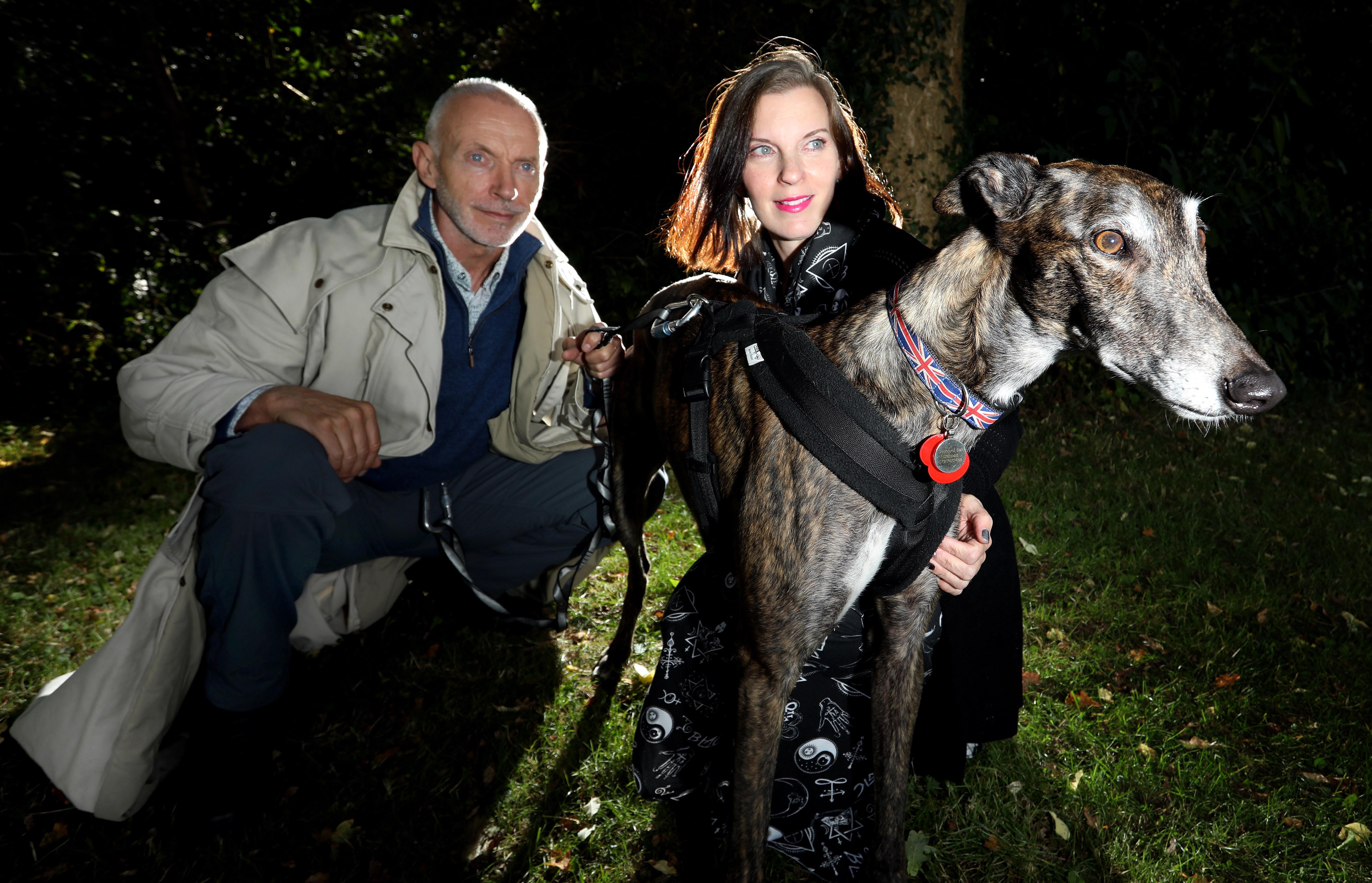 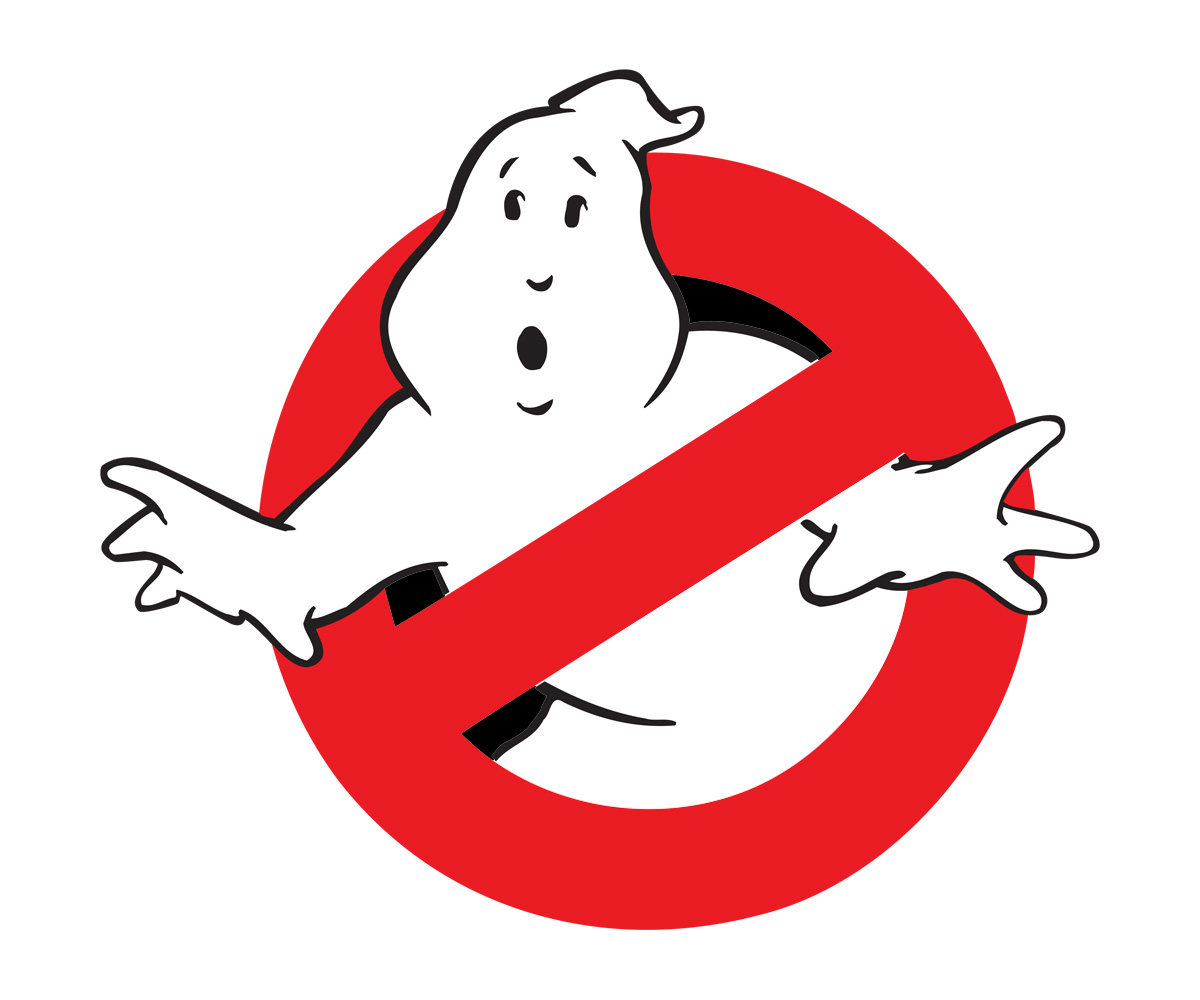 His cases, working for Manchester-based investigators Paranormal Rescue, have taken him to numerous “haunted” houses and even a former police station with spooky goings-on.

Owners Brian Sterling-Vete, 61, and partner Helen Wuorio, 50, originally from the US city of Minneapolis, got Bond from a rescue centre and he is now a star player on their team.

Brian says: “Bond is frequently an incredible asset to our investigations, more accurate at detection than some of our equipment. He responds more logically, in many ways, than humans.

"He responds to sensory input so is incapable of believing everything is paranormal simply because we’re hoping it might be. Humans can generate irrational fear of the unknown. Dogs do not.”

Brian adds: “Compared to humans, dogs see five times better at night and since Bond is a sighthound (meaning he hunts primarily by sight), his vision is even better.

“They can see a rabbit or hare a mile away. They also have a phenomenal sense of smell, between 10,000 and 100,000 times more acute than that of humans. And they possess a wider, much more sensitive audible range than humans, enabling them to detect the faintest sounds from great distances. Bond is our own Scooby-Doo.”

Here we look at some of the cases Bond has worked on . . .

Now a business training institute, this was once Bolton County Police Court, built in 1876, then Castle Street police station and jail. Paranormal Rescue was called in last year to see if the site, which has several cells and an old courtroom, was haunted.

Brian says: “Bond immediately detected something visually, down a dimly lit corridor. None of the humans with him could see any-thing except shadows and eerie darkness. At the time, Helen and the team did not know this corridor led to the old jail cells.

“But Bond was on a mission, pulling at his harness as if he had seen a cat or a fox. He was dragging Helen along behind him, the others in their wake. He led them through the old cells area and it was there where he began growling, as if he had detected a threat.

“He stood there transfixed, growling, as he stared through the open door of a very dark cell. Suddenly, he began to gasp and appeared to be choking. His choking became so severe we had to get him outdoors.

But Bond was on a mission, pulling at his harness as if he had seen a cat or a fox. He was dragging Helen along behind him, the others in their wake.

“Thankfully, out of the building his breathing became better. After about ten minutes it had more or less returned to normal. Emergency over, the building’s manager told us something quite remarkable about the cell where Bond had begun to choke so violently.

"In the 1930s, a particularly nasty prisoner confined there had taken his life by hanging himself above the spot where Bond’s choking had begun.”

Shadowy figure by an apple tree, at a Scottish farmhouse

In early January, 2019, Brian and Helen visited a close friend living alone in a remote farmhouse in Easter Arboll, near Portmahomack in the Scottish Highlands. Their pal was convinced it was haunted.

Brian says: “She had just lost her husband to an untimely tragic death and was grieving. Upon arrival, Bond took an immediate interest in a small apple tree growing just outside the kitchen.

“He stood at the low-level lounge window and stared at the tree. Our friend explained that where Bond was staring was where she had seen a distinct ‘shadow figure’ on several occasions since her husband had died. Before we retired to bed, Helen took Bond out for a walk, when he started barking loudly and she shouted for help.

“Helen explained that while they were in the old barn everything had been fine until Bond was suddenly stopped in his tracks. It was then Helen saw the shadow figure clearly for herself.

Bond took an immediate interest in a small apple tree growing just outside the kitchen.

"To her surprise, as soon as she saw it the figure moved quickly out of the barn and across the courtyard with Bond and her in pursuit. The chase ended at the mysterious apple tree we had been told so much about.

“Bond simply stood by the tree and stared towards it.”

In the late autumn of 2019, Paranormal Rescue was contacted by the single mum of a ten-year-old boy who lived in a small, fairly new housing development near the village of Sandbach.

Brian says: “One evening, about an hour after her son had gone to bed and she was in the lounge watching TV, she suddenly heard her son scream. So she jumped off the sofa and ran upstairs to see what was wrong.

“He was sitting in bed quaking with fear and crying as he talked about the ‘bogeyman’ he had seen next to his bed, and how he had been woken by what felt like a tapping on his shoulder.

“He described the bogeyman as tall and like a shadow — but at the same time not because it was somewhat solid. It had red, piercing eyes that glared down at him.

“Having calmed her son and convinced him it was all just a nightmare, she let him sleep in her bed that night and thought nothing more about it. But a few days later, there was another incident with her son and the bogeyman while he was getting changed after school. About three days after that, she saw the bogeyman for herself.

“As soon as we entered the house Bond sprang into action. He could clearly see something we could not. His hackles raised and his very large teeth bared, he followed what-ever it was around the house for about 15 minutes.

As soon as we entered the house Bond sprang into action. He could clearly see something we could not.

“There is no doubt that Bond was on a mission and would not stop in his pursuit. He finally cornered whatever it was in a cupboard under the stairs.

“We stood our ground in the room and commanded whatever it was to leave, with an absolutely resolute conviction.

“It took somewhere between five and ten minutes for this to happen. The home had been cleansed and the evil banished.” 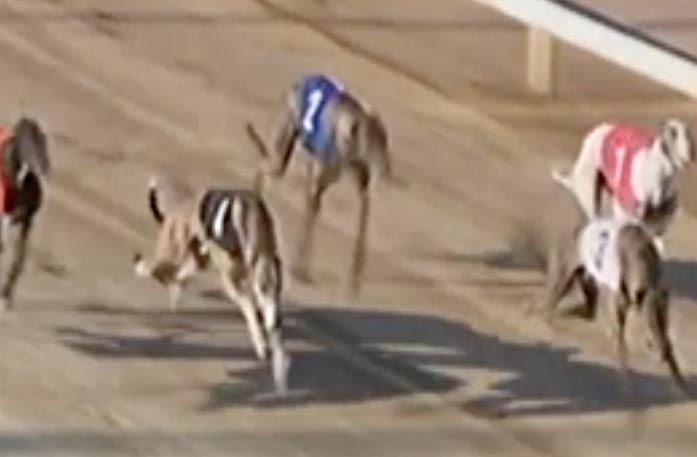 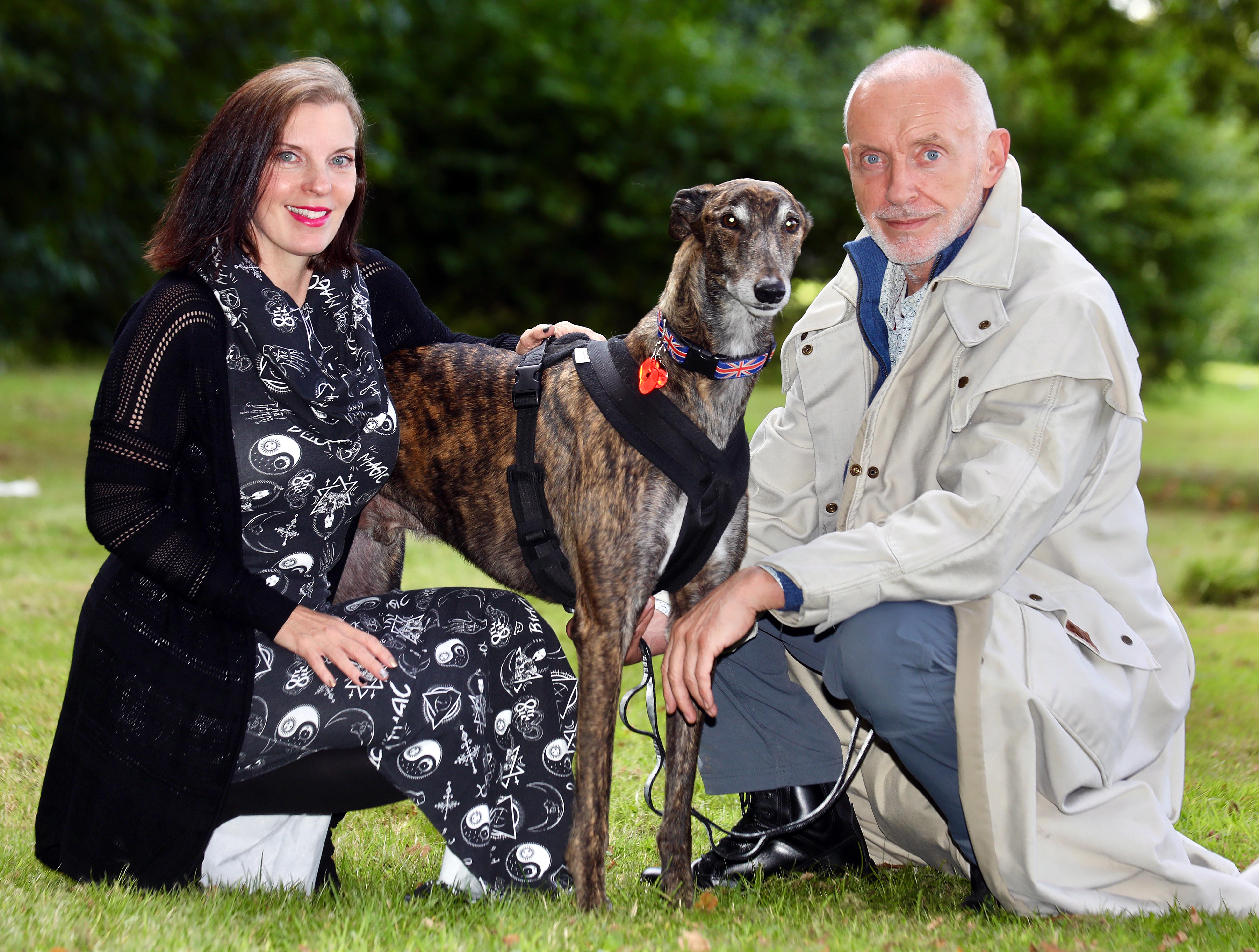 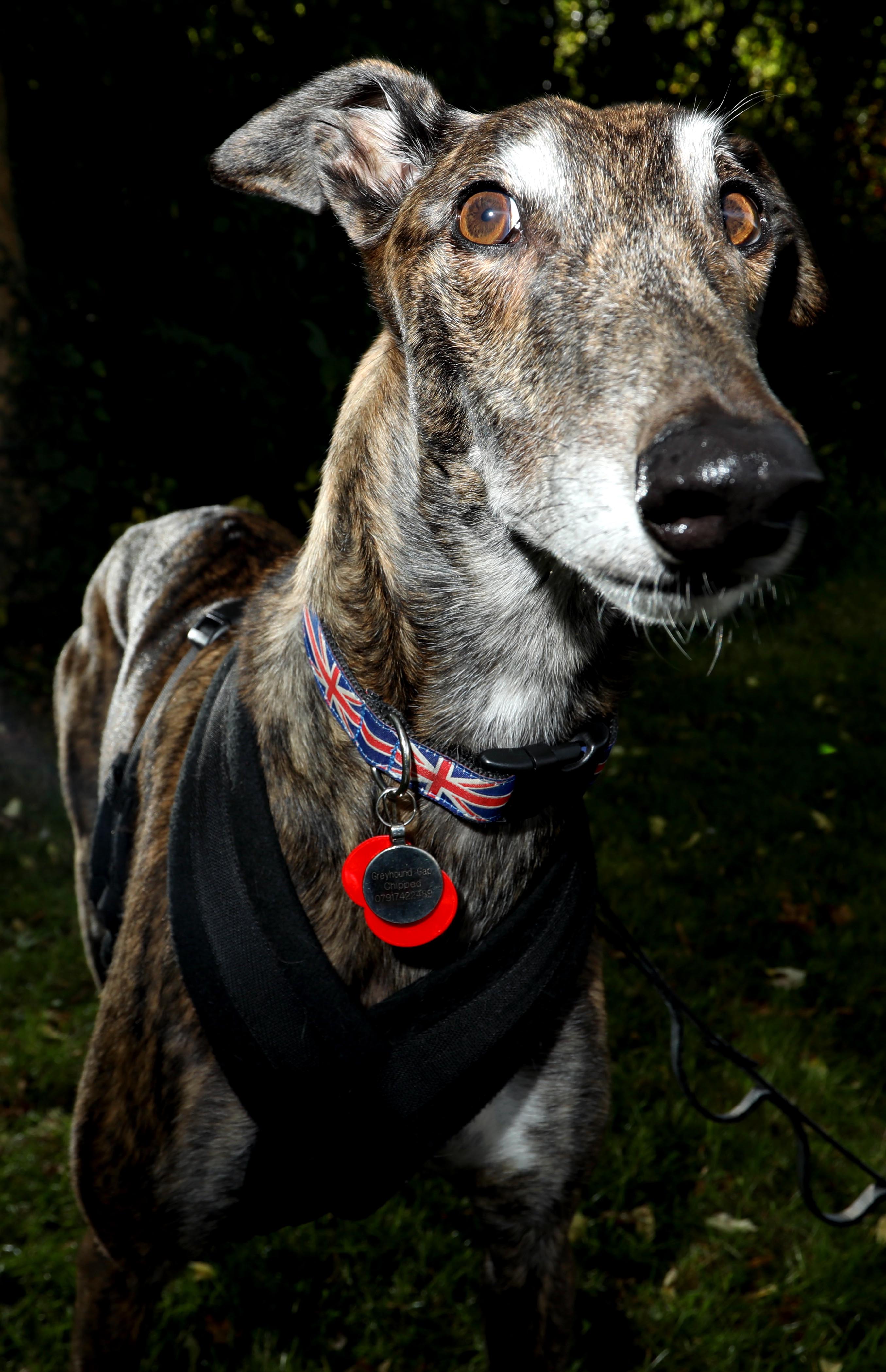