Pamela Karlan, who will now serve a key role in the civil division, made a joke about the teenager during Donald Trump’s first impeachment, sparking fury from the then-First Lady. Today, the Senate will vote on whether to prosecute Mr Trump for allegedly inciting the riot at Capitol Hill last month, but it is not expected to pass. A two-thirds majority is required to impeach a President, but the Democrats hold just half of the seats, and do not expect enough Republicans to vote with them.

Just over a year ago, Mr Trump was facing his first impeachment in the House of Representatives over the Ukraine scandal.

Professor Karlan, who was co-director of Stanford’s Supreme Court litigation clinic, was an outspoken witness during the inquiry, but faced backlash after she poked fun at Barron’s name.

While testifying before the House Judiciary Committee, Professor Karlan made a play on words around monarchical barons, but her comments were branded “mean” by a Republican congressman.

Barron was just 13 years old at the time and Melania quickly responded on social media, claiming the law professor “should be ashamed”.

Professor Karlan said: “The Constitution says there can be no titles of nobility. 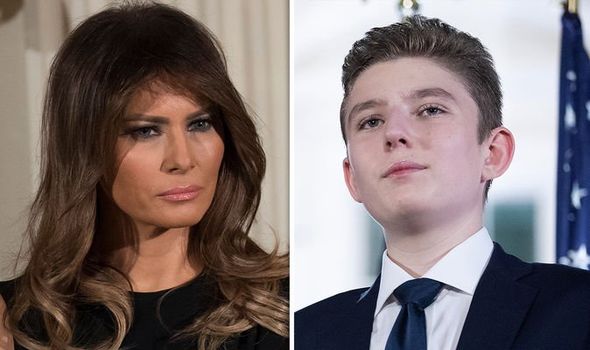 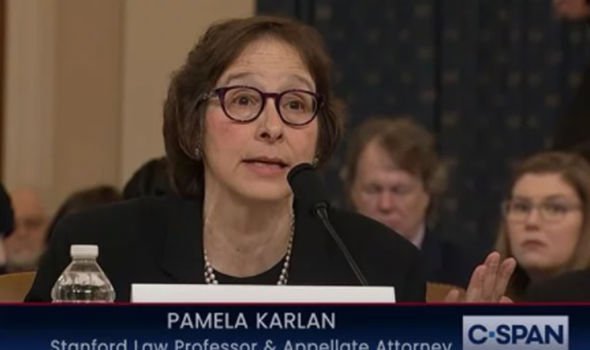 “So while the President can name his son Barron, he can’t make him a baron.”

There was a smattering of laughter from some in attendance.

She was criticised by Matthew Gaetz, a Republican representative for Florida’s 1st congressional district, who took issue with the joke.

He said: “Let me suggest that when you invoke the President’s son’s name here, when you try to make a little joke out of referencing Barron Trump, that does not lend credibility to your argument. 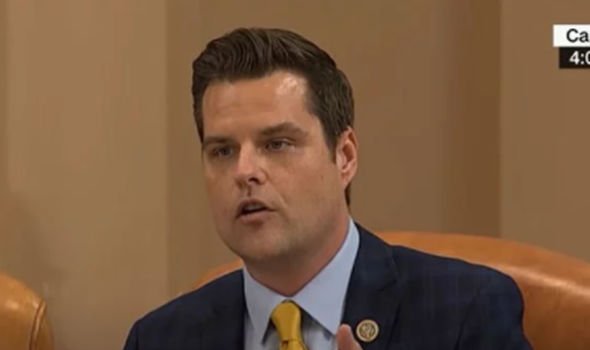 Melania quickly jumped into protective mother mode and took to Twitter to say she thinks children should be left alone.

She wrote: “A minor child deserves privacy and should be kept out of politics.

“Pamela Karlan, you should be ashamed of your very angry and obviously biased public pandering and using a child to do it.”

She said: “I want to apologise for what I said earlier about the President’s son. 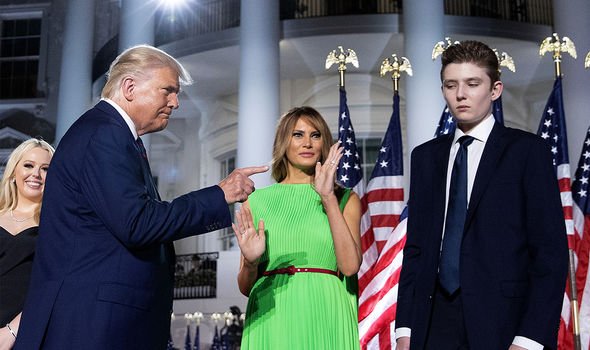 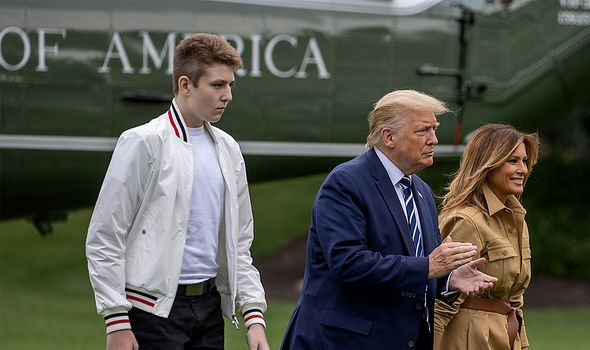 “It was wrong of me to do that. I wish the President would apologise, obviously, for the things that he’s done that’s wrong, but I do regret having said that.”

She also previously served on Facebook’s Oversight Board, which the social media giant says “uses its independent judgement to support people’s right to free expression and ensure those rights are being adequately respected”.

The board released its first five decisions in January, overturning four decisions in which Facebook had taken down posts

While Barron, now 14, was on the wrong end of this particular ill-judged quip, this incident was just one in a string of examples in which the children of Presidents are often talked about or made fun of to make points about their parents.

Chelsea Clinton says she would 'defend' Barron Trump in 2019

In fact, Barron had an unlikely defender in Hillary Clinton’s daughter Chelsea, who was the target of mockery herself when she was young.

Chelsea was just 12 years old when her father Bill Clinton was elected President, just a year older than Barron was when his father took office in 2017.

Chelsea, now 40, has been an outspoken opponent of President Trump’s administration, but she insisted that Barron is entitled to privacy

While on The Graham Norton Show in November 2019, TV chat show host Graham Norton asked Chelsea about her experience of this, noting that at the time her father entered the White House it appeared to be “open season on Chelsea Clinton jokes”.

She said that, even as a child, she understood that it was “insane” adults were ruthlessly making fun of a child.

She said “It was not about me, it was all about them.”

However, Chelsea added that she takes it very personally when people attack other Presidents’ children, especially when Democrats attack Barron.

She said: “I do take it very personally when people attack Sasha and Malia Obama, and even Barron Trump. 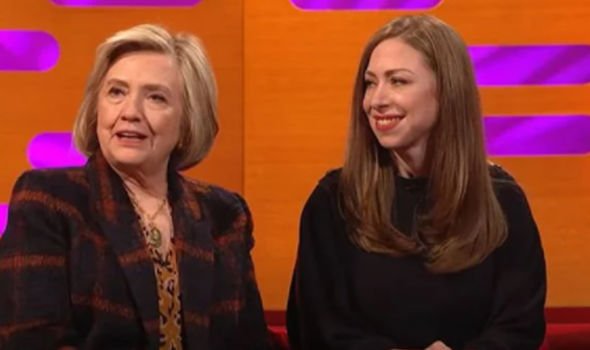 “And I find it just abhorrent that people who are arguably on the same side of the political spectrum as I am think it’s OK to make whatever point they’re trying to make about his father through making fun of his kid.

However, the author does make a distinction between Barron, a minor who had no choice in being associated with his father, and Ivanka Trump, an adult who had chosen to actually work in his administration.

In an interview with The Guardian in 2018, she said: “[Ivanka]’s an adult. She can make choices for herself. I mean, she’s 36. We are responsible for our actions.”