Brad Downey, the artist who commissioned the sculpture, said it was torched on July 4. The damaged statue of the First Lady was removed the next day.

The American artist said he wanted to know why the sculpture was targeted.

He added that he had hoped the statue would start a dialogue about the political situation in the US.

Police said an investigation has been launched into the incident.

The life-sized sculpture was carved out of a tree trunk. 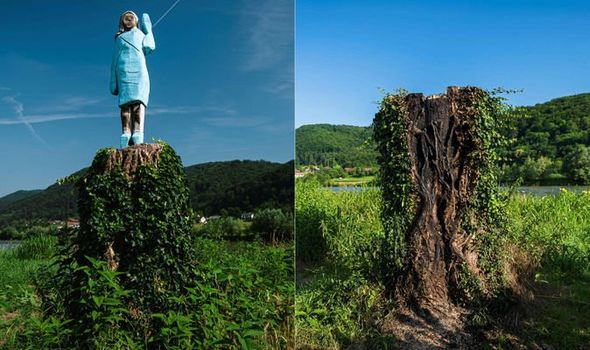 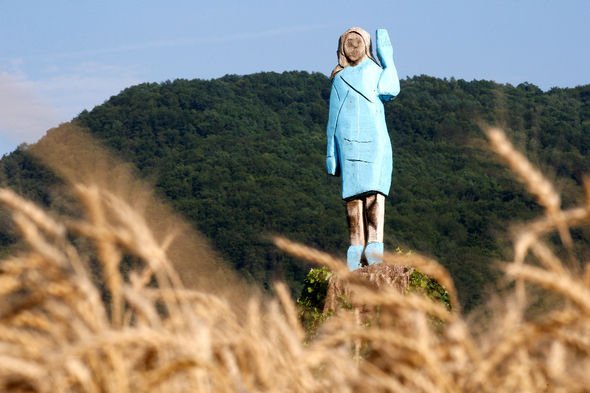 The statue showed the First Lady in a blue outfit similar to the one she wore at Donald Trump’s inauguration in 2017.

Pictures after it was torched show just the empty remains of the stump.

It comes as Mr Trump has pledged to take a hard line against anyone vandalising US monuments.

Anti-racism protests have led to some statues of of US leaders with links to slavery being targeted. 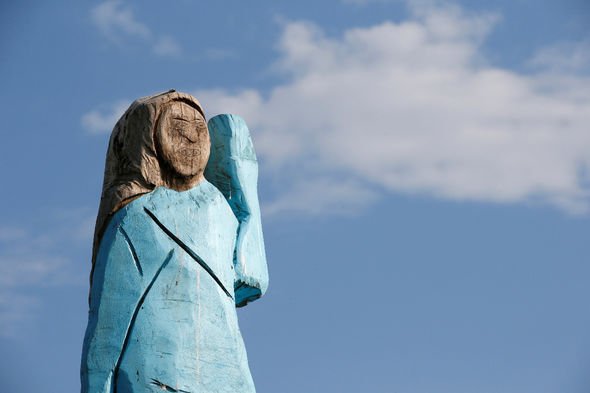 Speaking at the White House on July 4, Mr Trump said: “There have always been those who seek to lie about the past in order to gain power in the present, those that are lying about our history, those who want us to be ashamed of who we are. Their goal is demolition.”

In another speech on July 3, the US President accused “angry mobs” of trying to erase history.

He said: “There is a new far-left fascism that demands absolute allegiance.

“If you do not speak its language, perform its rituals, recite its mantras, and follow its commandments then you will be censored, banished, blacklisted, persecuted, and punished.

“Not gonna happen to us. Make no mistake, this left wing cultural revolution is designed to overthrow the American revolution.

“Our children are taught in school to hate their own country.

“Angry mobs are trying to tear down statues of our founders, deface our most sacred memorials, and unleash a wave of violent crime in our cities.”