Voluminous tufts of dry grass dislodged by gale force winds have buried a housing estate beneath a torrent of tangled strands in Melbourne’s north-west.

Residents in a housing estate in Hillside, around 24 kilometres north-west of Melbourne, helplessly watched as Saturday afternoon’s gale force winds inundated their estate with the dry grass, a pheonmenon widely known as a "hairy weed invasion". 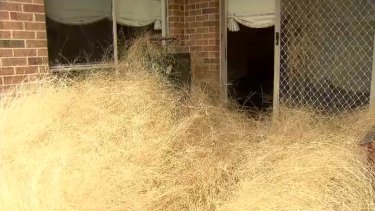 One of the residents, Margaret Persico, said the grass was a "complete disaster" and a result of lax maintenance of empty paddocks that sit near her property.

"It's definitely a hazard … there is no regular cutting of the grass," she told Nine News.

The Bureau of Meteorology said in a statement that very strong winds and dry recent weather had brought about the phenomenon, which is also known as "hairy panic".

Residents said they believed much of the grass came from a private paddock adjacent to the suburb and that they had contacted the local council but not heard back. 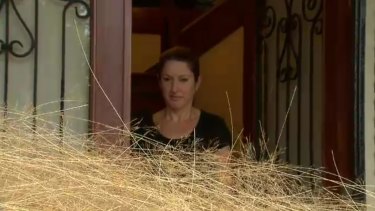 A resident of a Melbourne housing estate surveys her yard which has been engulfed by tumbleweeds.Credit:Nine News

The phenomenon isn't completely unheard of. 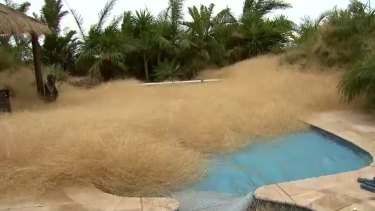 Tumbleweeds spill into a pool in Melbourne’s northwest.Credit:Nine News

In that situation it was similar conditions – little moisture and strong winds – that covered some houses in regional city in tumbleweed.

A leading virologist who said one of two Brazilian COVID-19 variants has been detected in the UK has rowed back on her comments. Speaking at…

NEW YORK (AFP) – Bitcoin has recovered most of the eye-popping losses registered at the start of the week, proving naysayers were too quick again…