The mother of three shared a message on Twitter marking Mother’s Day with a personal message to other mums. In the post, featuring a photograph of her with her children, Melinda wrote: “I love being their mother.

“Whatever Mother’s Day means to you — a day to celebrate a mom, honor a memory, or reflect on your own resilience — I hope your day is a meaningful one.”

Melinda and the Microsoft founder, who set up The Bill and Melinda Gates Foundation together, announced earlier this month they were planning to divorce after 27 years of marriage.

Last week, they released a joint statement on Twitter confirming the news and that they “no longer believe” they can “grow together”.

They wrote: “After a great deal of thought and a lot of work on our relationship, we have made the decision to end our marriage. 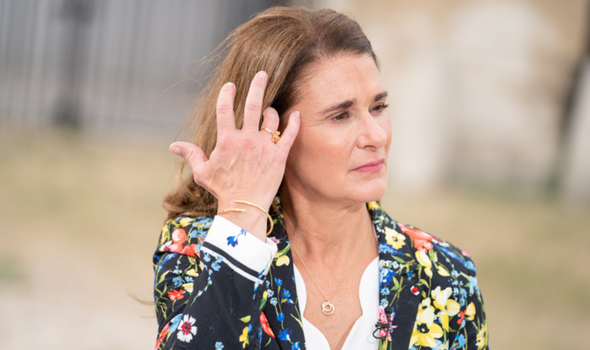 “Over the last 27 years, we have raised three incredible children and built a foundation that works all over the world to enable all people to lead healthy, productive lives.

“We continue to share a belief in that mission and will continue our work together at the foundation, but we no longer believe we can grow together as a couple in the next phase of our lives.

“We ask for space and privacy for our family as we begin to navigate this new life.”

Their daughter, Jennifer Gates, 25, spoke out about her parents’ divorce in an Instagram story.

She said it was a “challenging stretch of time” and that she was “still learning how to best support my own process and emotions as well as my family members”.

Bill and Melinda Gates, who met when Melinda joined Microsoft in the 1980s, signed their divorce filing on May 3.

According to the Wall Street Journal, Melinda spoke with divorce lawyers around two years before she filed for divorce from Mr Gates, stating their marriage was “irretrievably broken.”

Sources say there was no specific incident that triggered their separation, but the break-up was a result of a “combo of things.”