Brussels backtracked on its desperate attempt to override part of the Brexit agreement on Northern Ireland to control shipments of UK jabs, which risked a hard border with the Republic. The move came as the bloc ramped up its row with pharmaceutical giant AstraZeneca over shortfalls in the delivery of jabs. France has delivered only 1.3 million jabs and Germany 2.2 million doses so far.

The UK has soared ahead of EU countries as it has vaccinated 8.8 million, just weeks after officially cutting ties with the bloc.

Now the leaders of Germany and France have been warned over their citizens losing faith in the EU over the debacle and potentially looking to back new leaders who will not be such prominent figures within the bloc.

It comes as the German general election will be held in September, while the French Presidential election takes place in April next year.

Conservative MP Peter Bone said: “The EU has long-term problems partly due to its undemocratic nature. 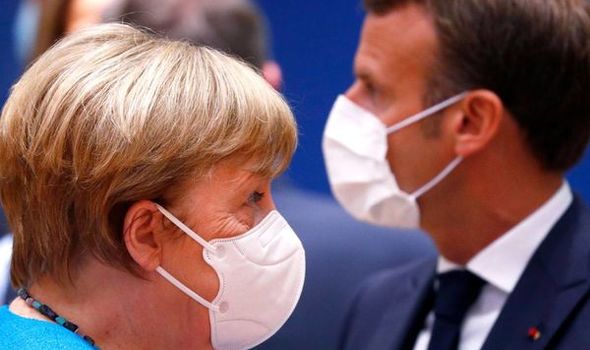 “It’s clear that they are not serving the nations.

“It’s breakdown will depend on Germany and France and what the people in those countries think.

“Will what has happened with the vaccine encourage people not to be in the EU? I think so.

“The organisation is bound to fail in the end because of what it is. 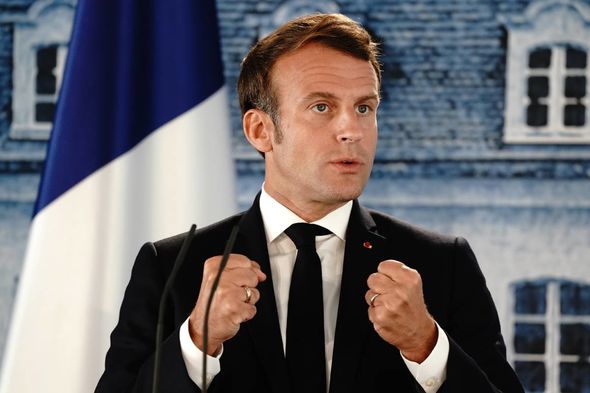 “It’s undemocratic and out of touch.

“This is just a classic case.”

Bavarian Premier Markus Söder, who is the leader of the Christian Social Union and a possible successor of Mrs Merkel, blamed Brussels for the failure.

He said: “The situation is more than unsatisfactory. Operational responsibility lay in Europe. 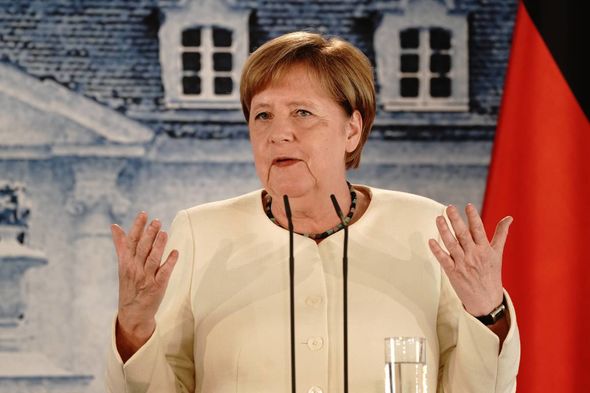 “The fundamental importance of this situation has been completely underestimated.”

German newspaper Bild also lashed the EU as columnist Peter Tiede claimed the contract signed with AstraZeneca was “a declaration of bankruptcy for Brussels, an indictment of the 27 member states. An insult to Europe and all of us”.

Over in France, Mr Macron faced more backlash after he incorrectly said the AstraZeneca vaccine was ineffective for people over 65

Newspaper Le Figaro pointed out the UK’s success as it ran with the headline: “Vaccination: Brexit 1, Brussels 0”. 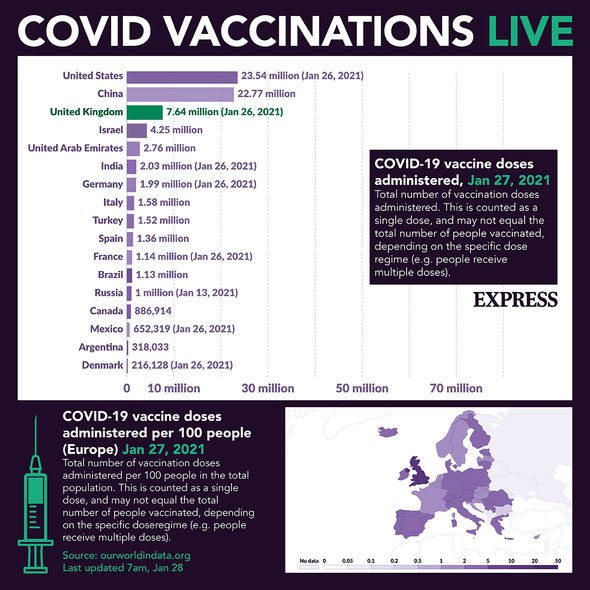 The story underneath added: “Unfortunately, the doses are arriving in drops in Europe since other countries of the world have better locked in their supply.

“Our only way out of the health crisis is thus several months away.”

German newspaper Spiegel reported she was trying to get out of the firing line as anger grows over the EU’s error.

Jörg Meuthen, the co-leader of Germany’s biggest opposition party, also called for her resignation as she needed to “take responsibility”.

He said: “The EU failed across the board in getting the vaccine.

“While other countries such as Great Britain ordered larger quantities of vaccine months earlier, the EU under Ursula von der Leyen’s leadership failed to take action in good time and then got bogged down hopelessly in contractual clauses with the pharmaceutical companies.”

“Being responsible also means taking responsibility. And this is what Frau von der Leyen should do now. She has caused great damage, not only for Germany and its citizens, but also for the entire EU. 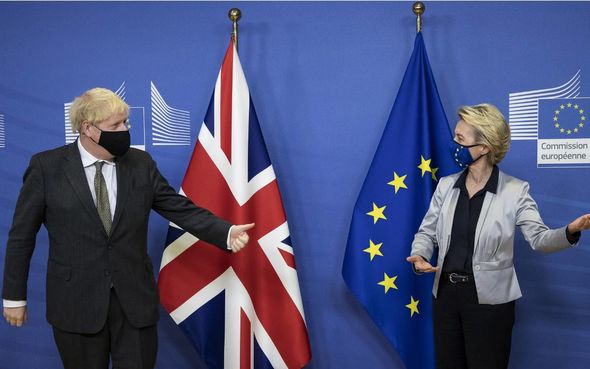 “Admitting this, taking responsibility for one’s own failure and stepping back, would be the only right thing the EU Commission President can do now.”

She added she had held “constructive talks” with Mr Johnson, as she said: “We agreed on the principle that there should not be restrictions on the export of vaccines by companies where they are fulfilling contractual responsibilities.”