Angela Merkel urged Europe to defend “democracy and freedom, human rights and tolerance” at a ceremony to celebrate the occasion. Ms Merkel told political leaders and European guests such values “must always be lived out and defended anew” and warned they could never be taken for granted. Speaking in the Reconciliation Chapel on the former “death strip” that ran alongside the Wall, the chancellor said the barrier that once divided communist East from democratic West was now “history”.

She paid tribute to those who were killed or imprisoned for trying to flee from East to West Germany and insisted that the fight for freedom worldwide was not over.

She said: “The Berlin Wall, ladies and gentlemen, is history and it teaches us: No wall that keeps people out and restricts freedom is so high or so wide that it can’t be broken down.

“The values on which Europe is founded – freedom, democracy, equality, the rule of law, respect for human rights – are anything but self-evident.

“And they have to be filled with life and must be defended again and again.” 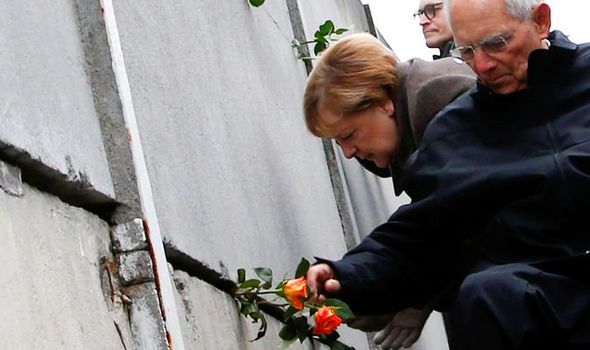 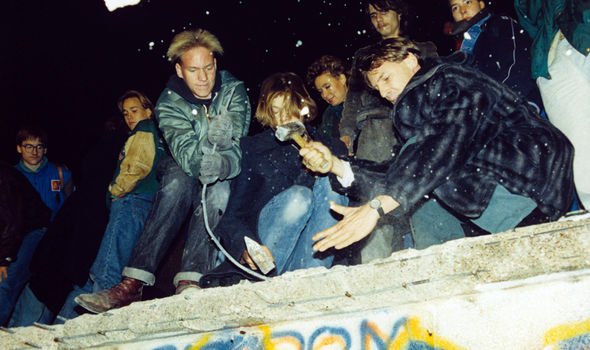 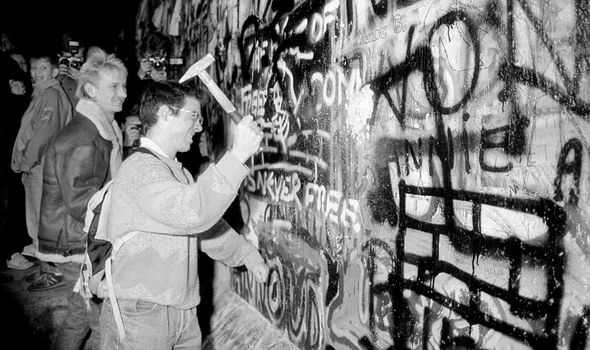 Ms Merkel, who grew up in East Germany, greeted members of the public as she arrived at Bernauer Strasse where she and fellow leaders from Poland, Hungary, Slovakia and the Czech Republic placed roses at a section of the Wall left standing.

He said: ”Together with our friends, we remember with deep gratitude the events 30 years ago.

“Without the courage and the will to freedom of the Poles and Hungarians, the Czechs and Slovaks, the peaceful revolutions in Eastern Europe and Germany’s reunification would not have been possible.”

Axel Klausmeier, the head of the Berlin Wall memorial site, recalled the images of delirious Berliners from East and West crying tears of joy as they hugged each other on the evening of November 9 1989.

Mr Klausmeier paid tribute to the peaceful protesters in East Germany and neighbouring Warsaw Pact countries who took to the streets demanding freedom and democracy, and to then-Soviet leader Mikhail Gorbachev’s policy of reforms.

The protests and a stream of people fleeing East Germany piled pressure on the country’s Communist government to open its borders to the West and ultimately end the nation’s post-war division. 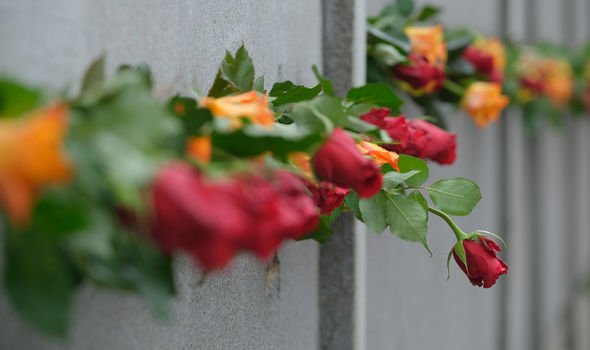 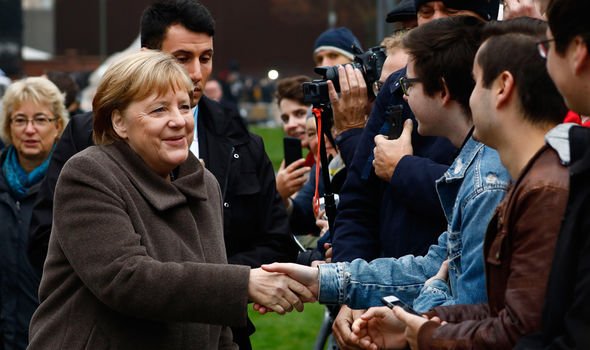 Light installations, concerts and public debates are planned throughout the city and other parts of Germany to mark the fall of the Wall.