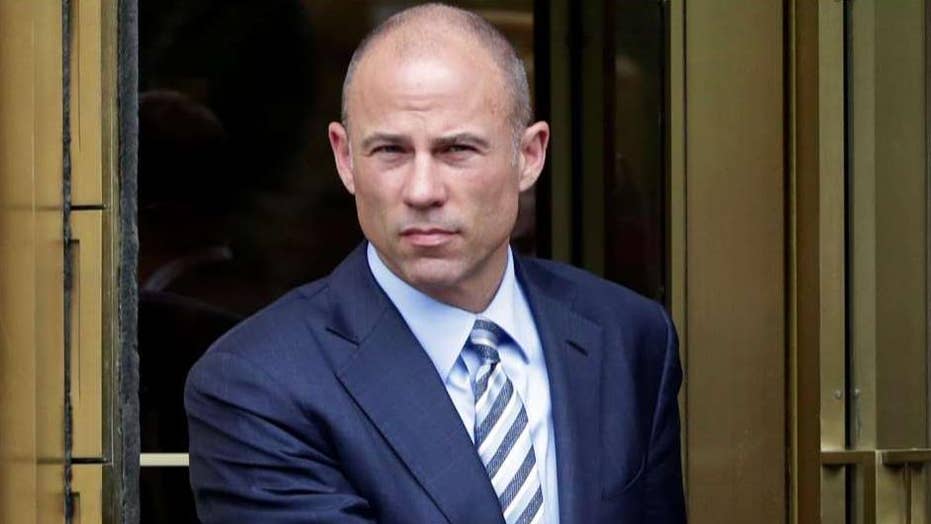 The United States attorney for the Southern District of New York charges attorney Michael Avenatti with attempting to extract more than $20 million in payments from Nike.

Avenatti, who Fox News confirmed was taken into custody Monday, allegedly tried to extort the massive sports apparel company "by threatening to use his ability to garner publicity to inflict substantial financial and reputational harm on the company if his demands were not met," prosecutors alleged.

The counts against him include conspiracy to transmit interstate communications with intent to extort, conspiracy to commit extortion and more.

A press conference in New York is scheduled for later Monday to discuss the charges against Avenatti. Meanwhile, a second press conference is set in California, where federal authorities are set to announce additional criminal charges against the lawyer for a separate matter. In that case, Avenatti is alleged to have embezzled money from a client to pay expenses for himself and his business ventures.

Earlier Monday, Avenatti tweeted he would be holding a press conference Tuesday to "disclose a major high school/college basketball scandal perpetrated by @Nike that we have uncovered. This criminal conduct reaches the highest levels of Nike and involves some of the biggest names in college basketball."

Before Avenatti began representing Daniels in February 2018, he was virtually unknown outside of the California legal community. But in a matter of months, he had become known as a no-holds-barred lawyer with a media style — and a penchant for tweeting — similar to Trump's.

Avenatti had toyed with a 2020 presidential run as a Democrat — he even visited Iowa at one point — but ultimately ruled that out. He also was involved in another high profile case, representing dozens of parents whose children were separated from them at the U.S. border as a result of the Trump administration's immigration policies. More recently, he's been representing women who said they were sexually abused by R&B star R. Kelly.

The sale of convicted murderer Graham Dwyer’s former family home in south Dublin home has been agreed. The three-bedroom house was first put on the…