Atlanta: Former New York Mayor Michael Bloomberg is giving about $US100 million ($137 million) to four historically black medical schools over the next four years, with students getting up to $US100,000 apiece.

Bloomberg, a billionaire who made his fortune with the news and financial media organisation that he owns, said he wants to increase the number of African American doctors by reducing the debt burden of students. 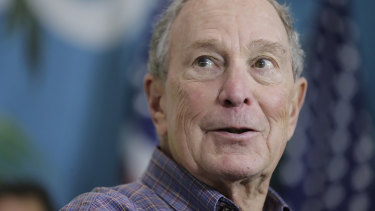 Students currently in years two, three and four of medical school will get retroactive scholarships of up to $US25,000 a year, the schools said. Morehouse, Drew and the Howard medical schools said the amount is their largest-ever gift.

Morehouse School of Medicine President Dr. Valerie Montgomery Rice said the gift will “lift the crushing burden of student debt,” while Meharry Medical College President Dr. James E.K. Hildreth said the money will help students choose to practice primary care medicine instead of higher-paying specialties, "allowing them to make decisions about where and how they practice based on their passion, not a paycheck.”

Bloomberg says its the first gift from his philanthropy arm's Greenwood Initiative, named for the African American neighbourhood in Tulsa, Oklahoma, that was the site of the 1921 Tulsa Race Massacre. The initiative seeks to build generational wealth for black families and increase investment in black communities and institutions.