There were times when Jenny Mikakos would have felt like the hapless protagonist in Franz Kafka’s The Trial.

Unlike Joseph K., Kafka’s fictional banker, Jenny M. at least understood why she was being questioned. More than 750 people have died in Victoria’s second wave of the pandemic, which broke out of quarantine hotels on her government’s watch. 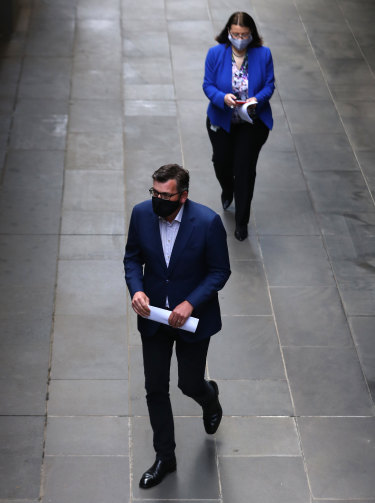 Called before the hotel quarantine inquiry, she did her best to explain the part she played, as Minister for Health and Human Services, in decisions which affected this public health disaster.

The trouble is, she played almost none.

If her evidence is to be believed, and there is no reason to think she would make this up, she didn’t even know private security guards were being used at quarantine hotels until after the virus had leapt its containment lines.

If only someone had thought to show her the Operation Soteria plan that clearly sets out her department’s responsibilities and those of other departments involved in the hotel quarantine program. If only she had asked.

Alas, no one did until security guards working at two hotels were confirmed as COVID-19 cases. By then, the virus was on a tear through Melbourne’s northern and western suburbs.

“That is when the risks became apparent,’’ Mikakos said.

Arthur Moses, SC, a barrister briefed by Unified Security, one of the companies contracted to provide guards to the quarantine hotels, was incredulous.

“Do you accept that as a minister of the Crown, you would have no way of knowing whether the Department of Health and Human Services was actually executing its role pursuant to the Operation Soteria plan unless you actually had access to the plan?"

“I think you're misconstruing what a minister's role is,’’ Mikakos replied.

Apparently, we all have.

Much has been said in this inquiry about shared accountability. This is the notion, most forcibly argued by Mikakos and her departmental secretary, Kym Peake, that hotel quarantine was a multi-agency response with no single department or minister in charge.

The Operation Soteria plan puts it differently. It states: "DHHS, as the control agency for the COVID-19 pandemic Class 2 health emergency, has responsibility for the oversight and co-ordination of Operation Soteria."

This is also the evidence of Martin Pakula and Lisa Neville, two other senior ministers whose departments or agencies were involved in the quarantine program.

If the inquiry accepts this, then Jenny M. was the minister responsible for hotel quarantine.

If only she knew at the time. 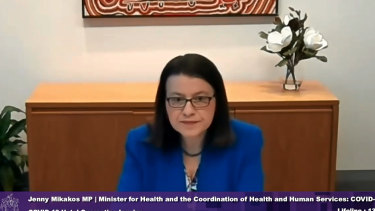 It is to Mikakos’ credit that once the virus had escaped from a second hotel, she identified the security guards as a vulnerability and directed her department to find a replacement workforce. "I was, you could say, exasperated and absolutely determined to replace the security guards," she said.

As part of an overhaul of the program, responsibility for Operation Soteria was shifted to the Justice Department. In her statement, Mikakos said she supported the change. "I formed the view that the multi-agency response to the hotel quarantine program meant there were too many cooks spoiling the broth."

A more accurate description is that no government ministers set foot in the kitchen, much less thought to pick up a spoon.

Neither Mikakos, Pakula nor Neville was involved in the design of the hotel quarantine program or the decision to use private security guards. To this day, all say they don’t know who made that fateful call.

For all his love of the absurd, Kafka would have thought it too silly for words.

If only it weren’t so serious.