Military drivers will double in Wales to help 999 crews amid Covid crisis: MoD is sending extra 184 soldiers to ease ‘extreme pressure’ on NHS in New Year

The number of military personnel supporting the Welsh Ambulance Service as drivers will be more than doubled in the new year in response to ‘extreme pressure’.

The Ministry of Defence (MoD) said an additional 184 armed forces personnel will be made available as drivers to support the Welsh Ambulance Service NHS Trust from January 4.

Since October there have been 129 personnel supporting the service as drivers, and Thursday’s announcement will take the total number to 313.

The deployment has also been extended until the end of March, the MoD said.

The chief executive of the Welsh Ambulance Service, Jason Killens, said: ‘Having our armed forces colleagues will help us put more ambulances on duty so we can get to more patients, more quickly, while the extreme pressure continues.’

It follows 98 military personnel being made available to support the Welsh vaccine booster programme last week, which in addition to drivers brings the total number of armed forces personnel assisting with pandemic-related support in Wales to 411, according to the MoD. 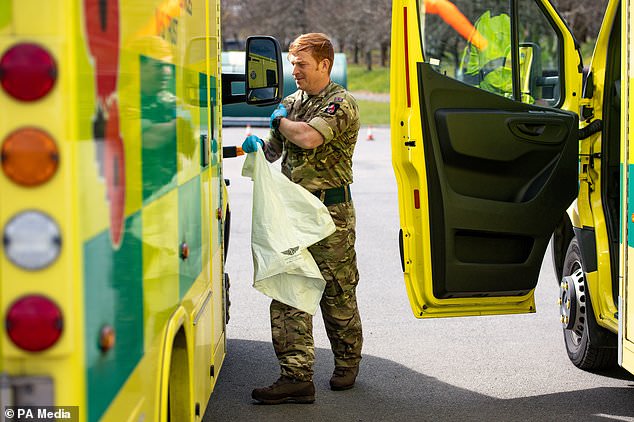 Secretary of State for Wales Simon Hart said the armed forces ‘continue to play a key role in the fight against Covid-19 in Wales’.

Defence Secretary Ben Wallace said: ‘Over the festive period our servicemen and women will continue to provide vital support to our dedicated emergency services across the UK to help keep communities safe.

‘The uplift of 184 extra personnel to support the ambulance service in Wales will ensure they can continue to provide life-saving services to those most in need.’

Mr Killens said: ‘We’re very grateful to have the continued support of the military who did a superb job of assisting us on two occasions previously.’

He added: ‘The winter period is our busiest time and having military support will bolster our capacity and put us in the best possible position to provide a safe service to the people of Wales.’ 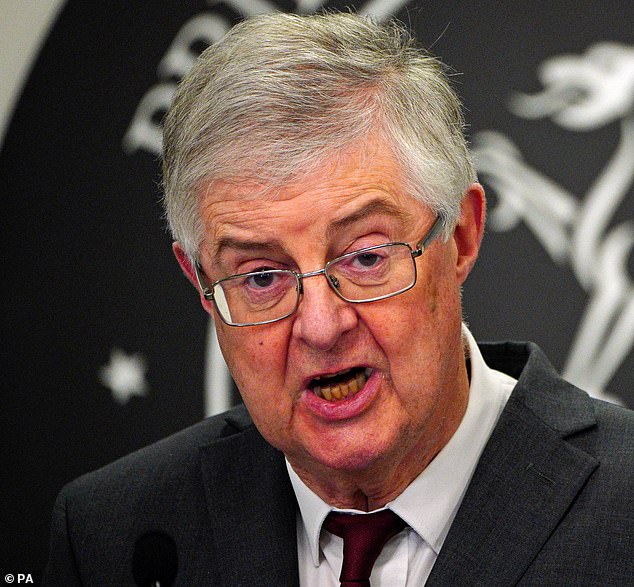 People who catch the Omicron variant of Covid may be less likely to end up in hospital, studies have suggested, amid rising case rates and new restrictions across the UK nations.

Meanwhile, new measures are to be introduced in Wales from 6am on Boxing Day to tackle rising rates of the Omicron variant, ministers have announced.

First Minister Mark Drakeford said the measures are a revised version of alert level two and are designed to help keep businesses open and trading.

The regulations bring back protections in hospitality businesses, including licensed premises, and in cinemas and theatres when they reopen after the festive period.

Strengthened guidance will be issued to help people stay safe in their own homes and when meeting others.

‘We are facing a very serious situation in Wales. A wave of infections caused by the new, fast-moving and very-infectious Omicron variant is headed our way,’ Mr Drakeford said.

‘This new form of coronavirus could infect large numbers of people in Wales, disrupting daily lives and businesses, and could cause an increase in the number of people who need hospital care in the coming weeks.

‘We will do everything we can to protect people’s health and livelihoods in Wales – this means taking early action to try and control its spread.

‘We are changing the rules for businesses and some public spaces, where lots of different people mix daily, and issuing strong and clear advice to help people stay safe in their own private homes and when meeting others.’

From Boxing Day, the alert level two measures will mean:

Last week, new measures were announced for workplaces and retail – these will now come into force on Boxing Day. Nightclubs will also close on Boxing Day.

The Welsh Government will not be making new rules about mixing in people’s private homes, including gardens, in holiday accommodation or meeting outdoors. 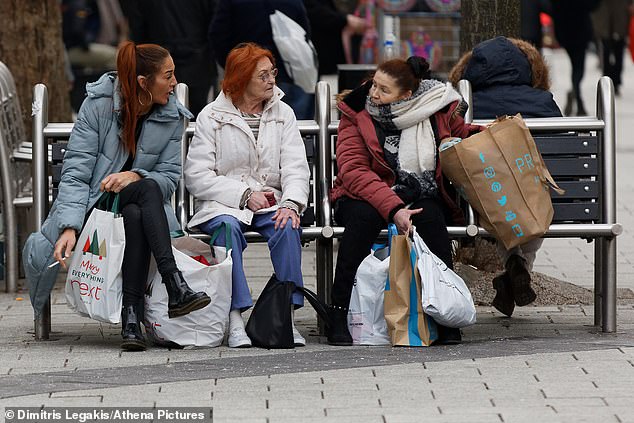 Christmas shoppers in Queen Street in Cardiff, Wales. New measures have been introduced from 6am on Boxing Day

Instead, guidance will be issued to help people stay safe, which includes limiting the number of visitors, taking a lateral flow test before the visit and meet outdoors, if possible.

There will be a separate offence for large gatherings – more than 30 people indoors or 50 people outdoors – in private homes and gardens.

Mr Drakeford added: ‘The most important thing we can all do to protect ourselves against Omicron is to be fully vaccinated – that means also having the booster. If you are eligible for a booster then please make getting it a priority in the coming weeks.

‘As we enter our second winter of the pandemic, we have high vaccination coverage and tens of thousands of extra boosters are being given every day.

‘We also have access to the rapid lateral flow tests to help us all identify signs of infection without symptoms.

‘Both of these, together with everything we have learned over the last two years, will help to keep us safe at home without the need for new rules and regulations about mixing at home.’

The Senedd has been recalled and Mr Drakeford will make a virtual statement from 1.30pm and members will then have the opportunity to ask questions.

It comes as the number of identified Omicron cases in Wales grew by 204 on Tuesday to 640.

Meanwhile, workers in Wales could be fined £60 for going to their office under new coronavirus laws if they are able to work from home.

The Welsh Government has amended legislation to make attending a workplace unnecessarily a criminal offence, amid the spread of the Omicron variant.

England is now left as an outlier when it comes to post-Christmas restrictions, as in Scotland, First Minister Nicola Sturgeon has already introduced new curbs on hospitality while live sports will be ‘effectively spectator-free’ for three weeks from Boxing Day.