A possible military explosive training device was discovered Sunday on the shore of a Florida beach, according to authorities.

A deputy discovered the device, believed to be a sea mine, at a beach in Lauderdale-By-The-Sea– about 30 miles north of Miami, according to the Broward County Sheriff’s Office (BSO).

The bomb squad and U.S. Air Force were called “out of an abundance of caution” after BSO determined it was a “possible military explosive device,” the sheriff’s office said in a statement. 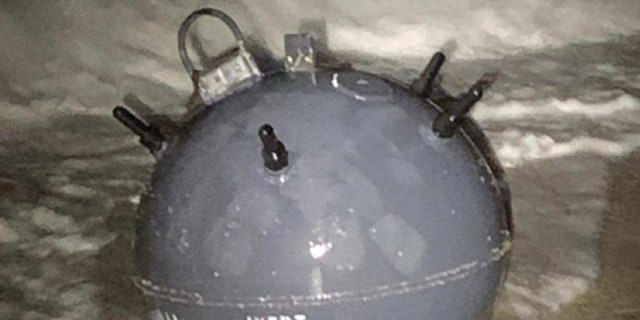 Authorities said the device had “property of US Navy” and “INERT” written on it, which meant it might have been used as a dummy device for training purposes, the Miami Herald reported.

Naval mines are typically used in the ocean as an explosive device to damage surface ships or submarines.

Parts of the beach where the device was found were temporarily closed off Sunday. It was later determined to be safe and was removed from the beach, the sheriff’s office said.

The beach has since reopened, authorities added, according to FOX 5 of Atlanta.