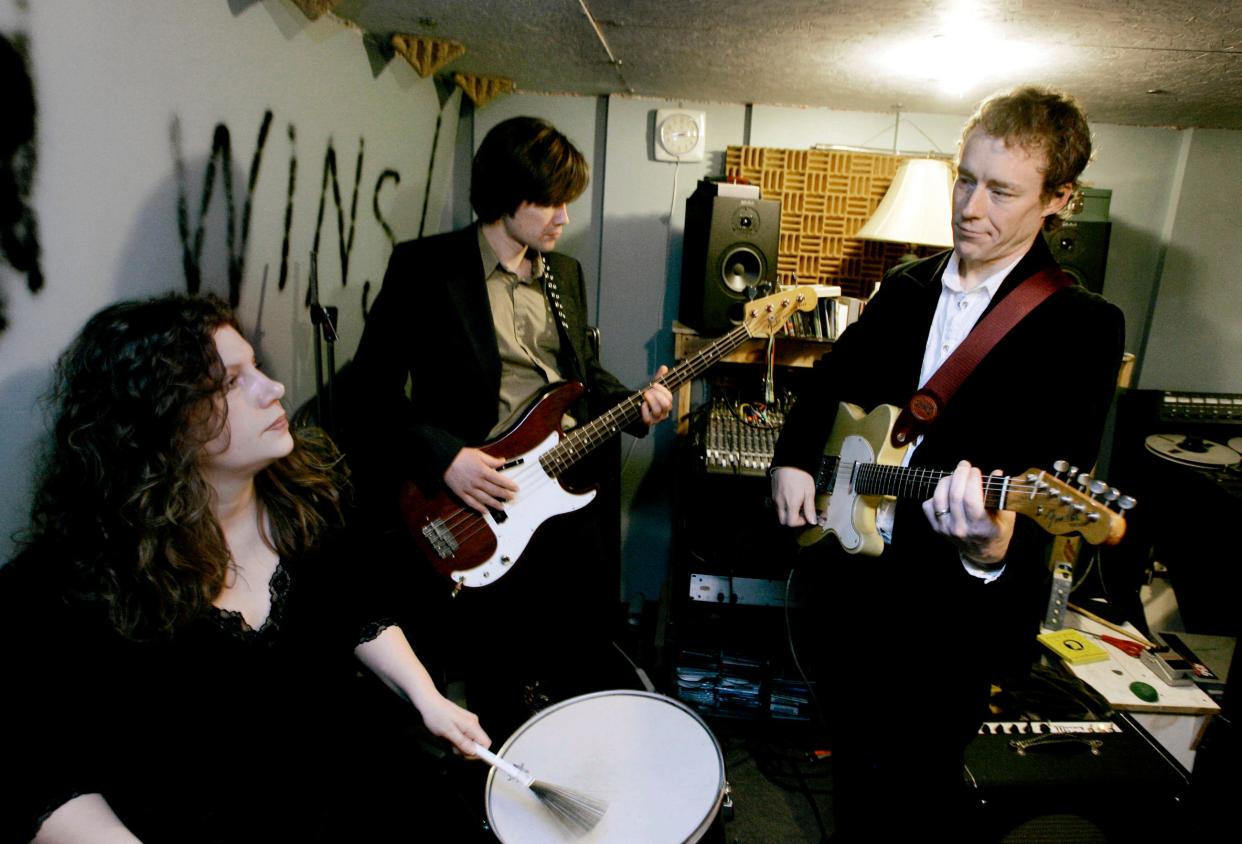 Mimi Parker, best known as the drummer and vocalist of the indie rock band Low, has died following a battle with ovarian cancer. She was 55.

“Friends, it’s hard to put the universe into language and into a short message,” the band wrote. “She passed away last night, surrounded by family and love, including yours. Keep her name close and sacred.

“Share this moment with someone who needs you. Love is indeed the most important thing.”

Friends, it’s hard to put the universe into language and into a short message, but

She passed away last night, surrounded by family and love, including yours. Keep her name close and sacred. Share this moment with someone who needs you. Love is indeed the most important thing.

Parker shared that she was diagnosed with advanced ovarian cancer in December 2020 during an interview on the Sheroes Radio podcast in January. She said the experience had “changed my perspective completely.”

“I think it’s important to — when people get a diagnosis — some people have a tendency to ask ‘Why?,’ ‘Why me?’ ” Parker said at the time. “I never had that. It was always, ‘Why not?’ We’re all subject to whatever random this and that that happens.”

She continued: “Our time can be cut short, and what do we do with that time that we have? We try to make each day mean something.”

Parker’s declining health forced the band to scrap its tour of the U.K. and Europe, which was set to kick off in November.

“There have been difficult days but your love has sustained us and will continue to lift us through this time,” wrote Alan Sparhawk, Low guitarist and Parker’s husband, in an October Instagram post. “Our hearts go out immediately to others in similar situations but who don’t have as many people sending such love and healing wishes.”

Emerging from a musical family – her mother was a former aspiring country singer and her sister played the guitar – Parker played the drums throughout middle and high school, she previously told Chickfactor. She formed Low with her musician husband in Duluth, Minnesota, in 1993, becoming the band’s drummer and songwriter.

Parker met Sparhawk in grade school in the small town of Clearbrook in northern Minnesota. Their faith as Mormons was often found in their song lyrics, which alluded to end times, morality and redemption.

“I guess (music) was always kind of a dream, not something I ever thought I’d do, but every once in a while I’d have the thought that playing music would be fun,” Parker told Chickfactor. “So Alan and I talked about it and then he and (bassist) John Nichols got together and came up with the idea of the band — slow and quiet.”

John Nichols served as the group’s original bassist and was followed by other rotating members throughout the years.

With the release of their critically-acclaimed debut album “I Could Live in Hope” in 1994, Low’s beautifully simple instrumentals and harmonious vocals solidified their place in the slowcore movement, an atmospheric subgenre of alternative and indie rock characterized by its lengthy melodies and lurching rhythms.

The band has released 13 studio albums to date, with the group’s latest album “Hey What” earning them a nomination for best engineered album (non-classical) at the 64th annual Grammy Awards.

“We’ve been drawn to the music of the great duo Low from Duluth, Minnesota, and sadly tonight we know that unfortunately we’ve lost one of the two people. So we give our songs tonight to Mimi and our love to Alan,” Plant said during a concert in Scotland on Sunday.

Parker is survived by Sparhawk and their two children, Hollis and Cyrus.