A government advert on controlling coronavirus was withdrawn last night following a backlash from women.

The controversial ‘infographic’ urging the public to stay home showed one picture of a woman reclining in a man’s arms followed by three images of women looking after children and doing housework.

The only man depicted was relaxing on a sofa. 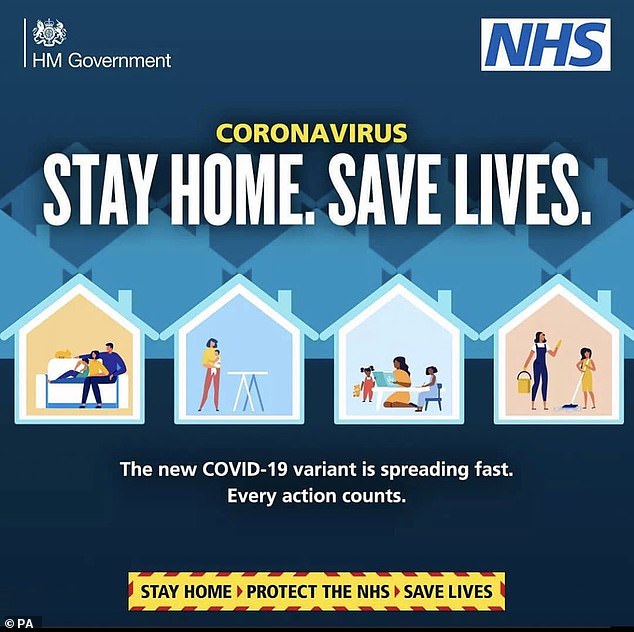 The advert, promoted by the Government, went viral with MPs and magazines condemning it as ‘shocking’

The image, promoted by the Government on Facebook, went viral on social media and attracted a torrent of criticism.

Fellow Labour MP Bridget Phillipson said the message appeared to be trying to put women ‘back in their place’.

She added: ‘How out of touch can this Government get?’

Glamour magazine, which raised concerns over the advert with the Government, described it as ‘shocking’.

The Prime Minister’s official spokesman made no effort to defend the advert.

‘It has been withdrawn and removed from the campaign,’ he told reporters.

‘I will make clear that it does not reflect the Government’s view on women.’

Asked whether the infographic was checked before being produced, the spokesman said: ‘We have provided and have produced information throughout the pandemic to try and ensure that we can communicate our key messages, specifically around the importance of staying at home to protect the NHS and to save lives.’