A Minneapolis police officer was struck in the head with a heavy trash can lid and knocked to the ground during a chaotic night of looting and unrest in the city.

The act played out amid widespread looting and vandalism Wednesday night and was broadcast on Facebook Live.

The video shows the uniformed officer about to get into his marked car when a large metal disc flies through the air and whacks him in the head from behind, knocking him to the ground.

The crowd can then be heard cheering, as the injured officer radios for help.

Riots broke out in the city following false reports of a police-involved shooting of a murder suspect on the Nicollet Mall downtown.

Police quickly released video showing the suspect dying of a self-inflicted gunshot wound as officers closed in — then deleted the post the next day following backlash. 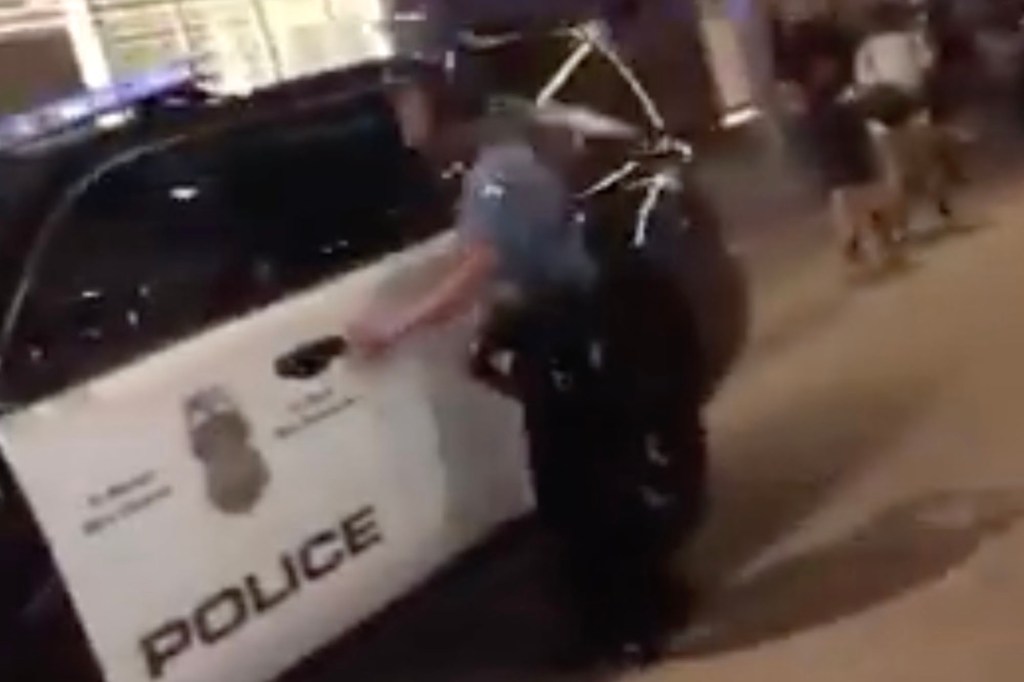 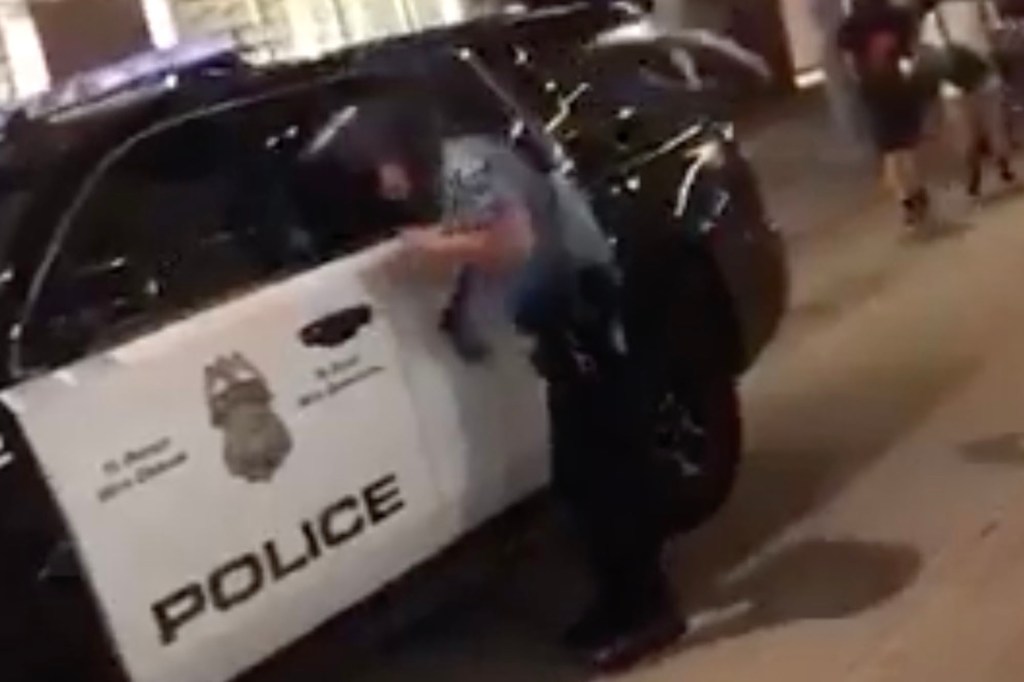 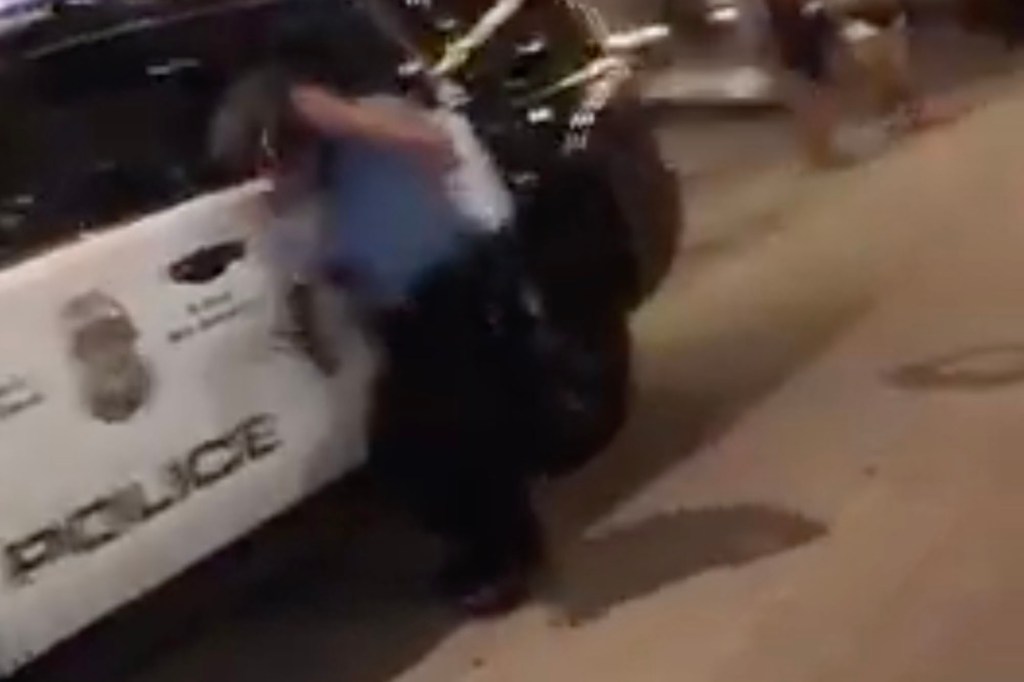 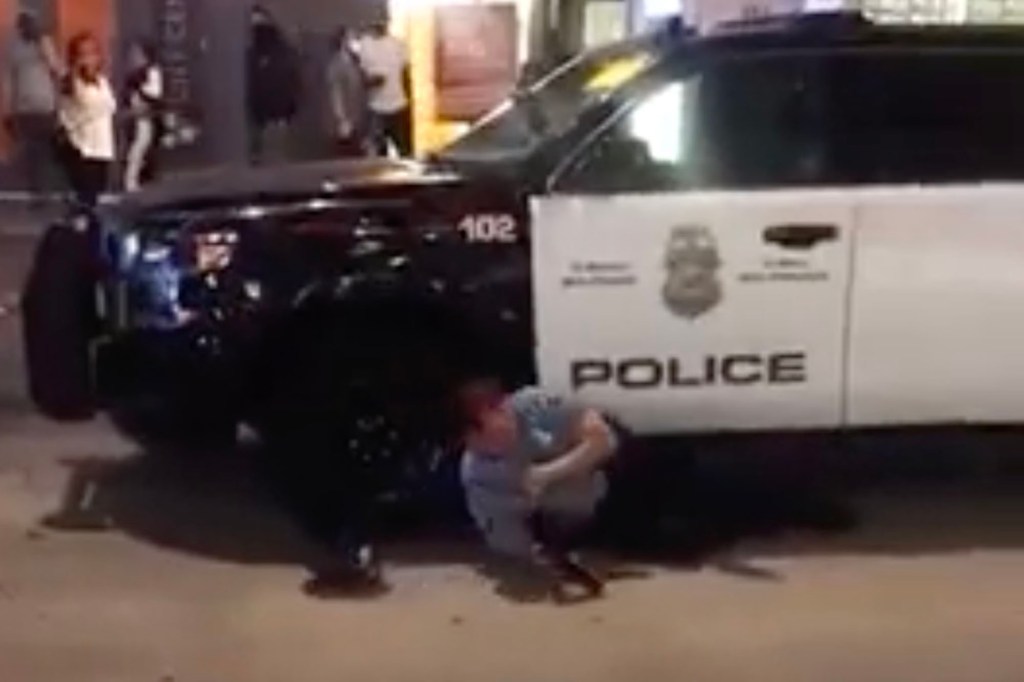