Hundreds of protesters were arrested in Minnesota as two marches converged to shut down a Minneapolis highway — with some apparently trying to signal indifference, or boredom by dancing while waiting hours to be rounded up.

The groups, including the National Alliance Against Racist and Political Regression, converged on Interstate 94 just after 7:30 p.m. Wednesday, snarling traffic in both directions for miles, according to WCCO.

Police in riot gear initially followed the group from a distance — before ordering all of them to sit and wait to be arrested, according to the station.

“You are all under arrest,” police told the group from a loudspeaker — with Minnesota State Patrol estimating the crowd to be at least 200 strong.

WCCO host Jeff Wagner filmed dozens of people as they sat on the highway with police watching over them waiting to make the mass arrests.

Protesters reportedly struck a deal with officers for juveniles as well as protesters with children at home to be the first arrested so they could be quickly processed on the spot and allowed home, Wagner said.

It took more than two hours to arrest everyone — with someone blasting music during the wait and starting a dance party, the Minneapolis Star Tribune said.

“I’ve seen the Electric Slide at weddings and high school dances. But at a protest on an interstate as people await arrest? That’s new,” Wagner wrote alongside one clip of the party. 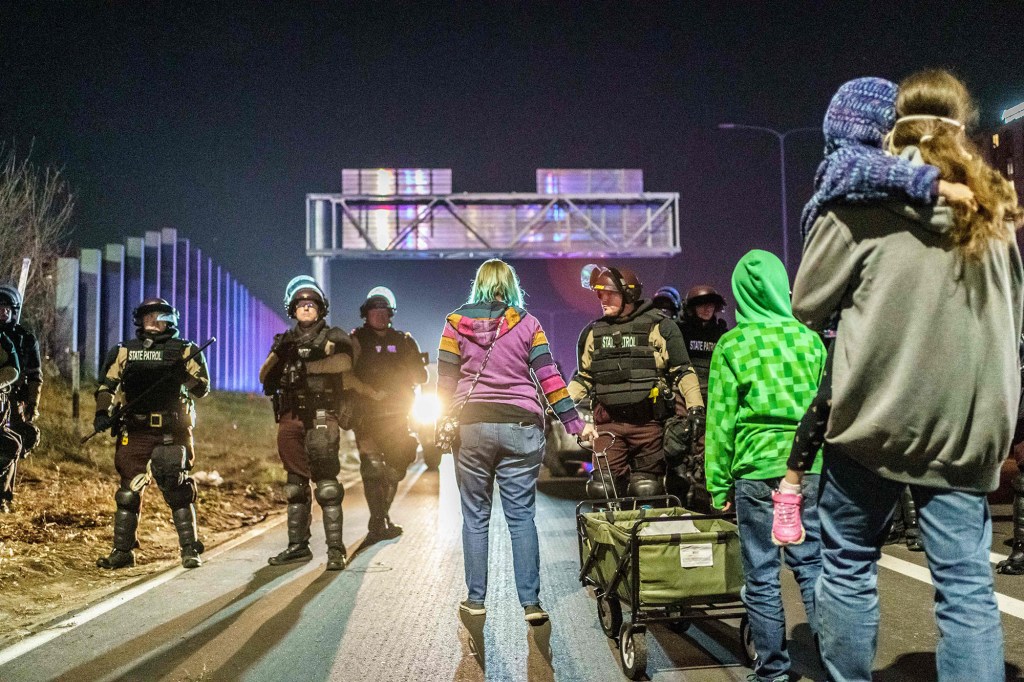 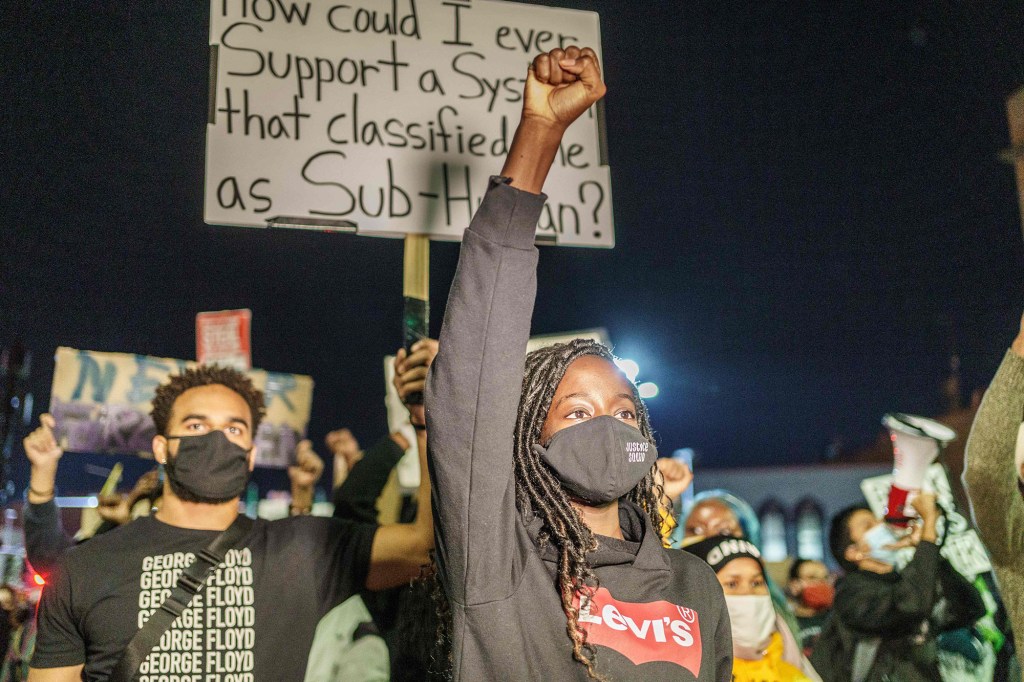 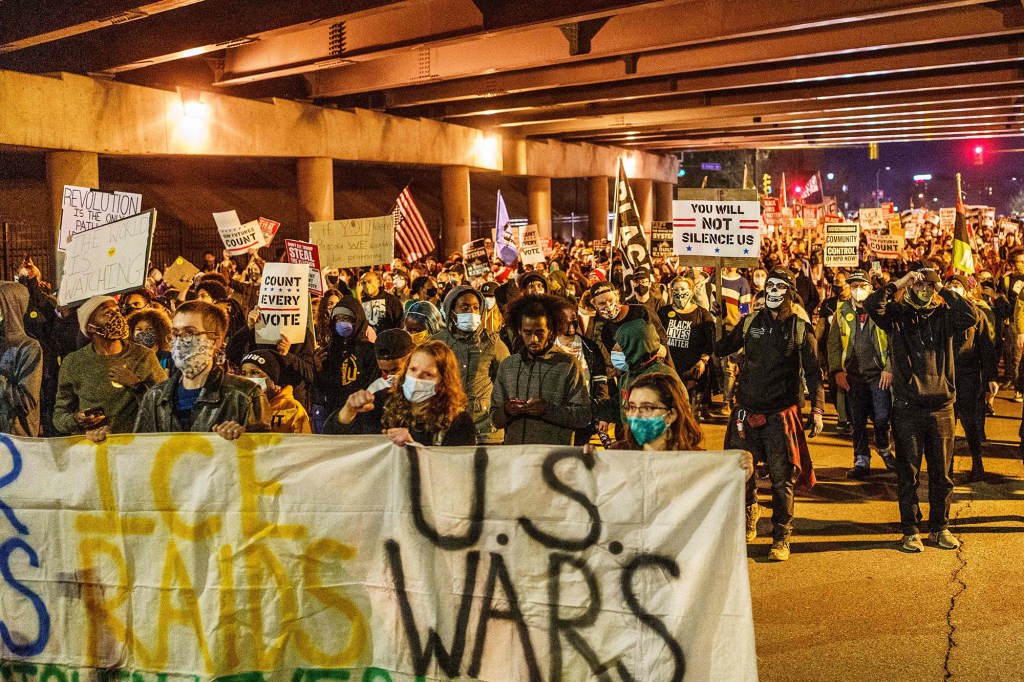 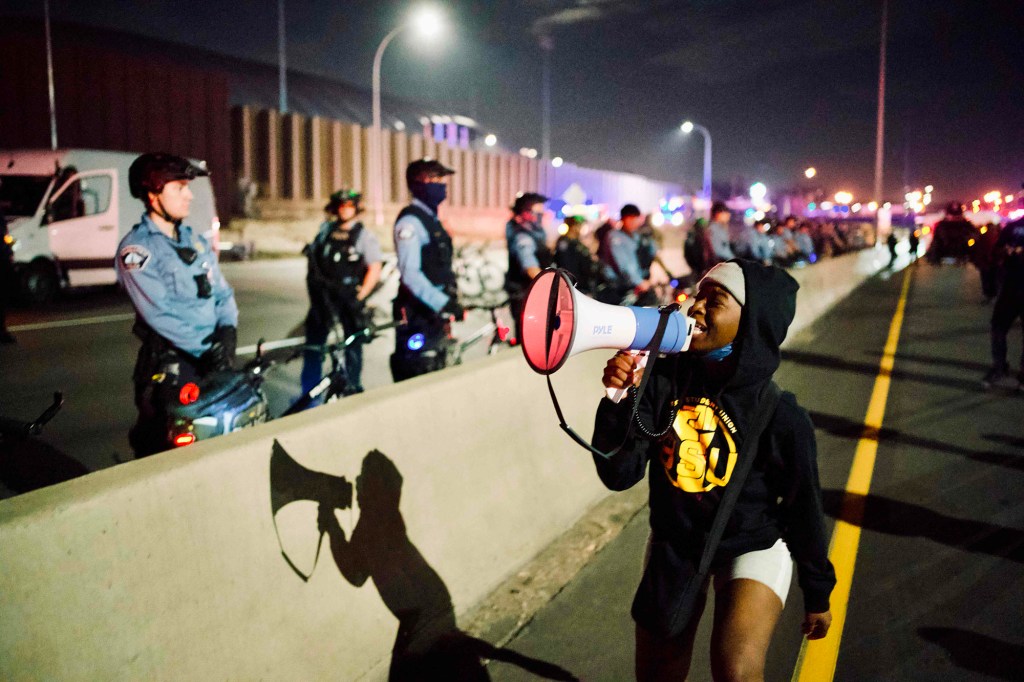 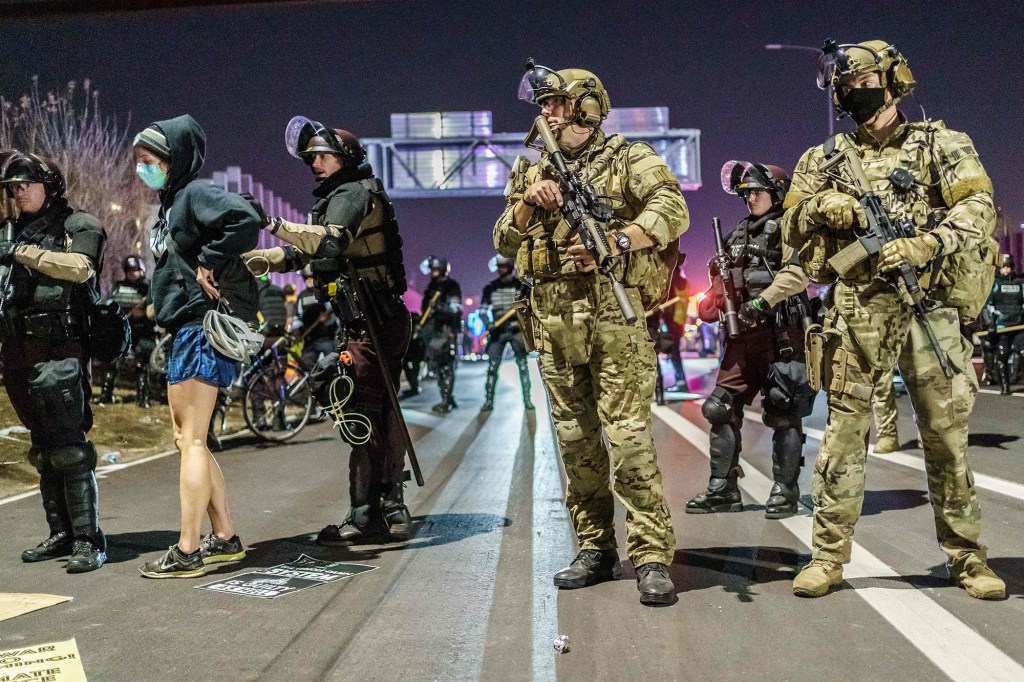 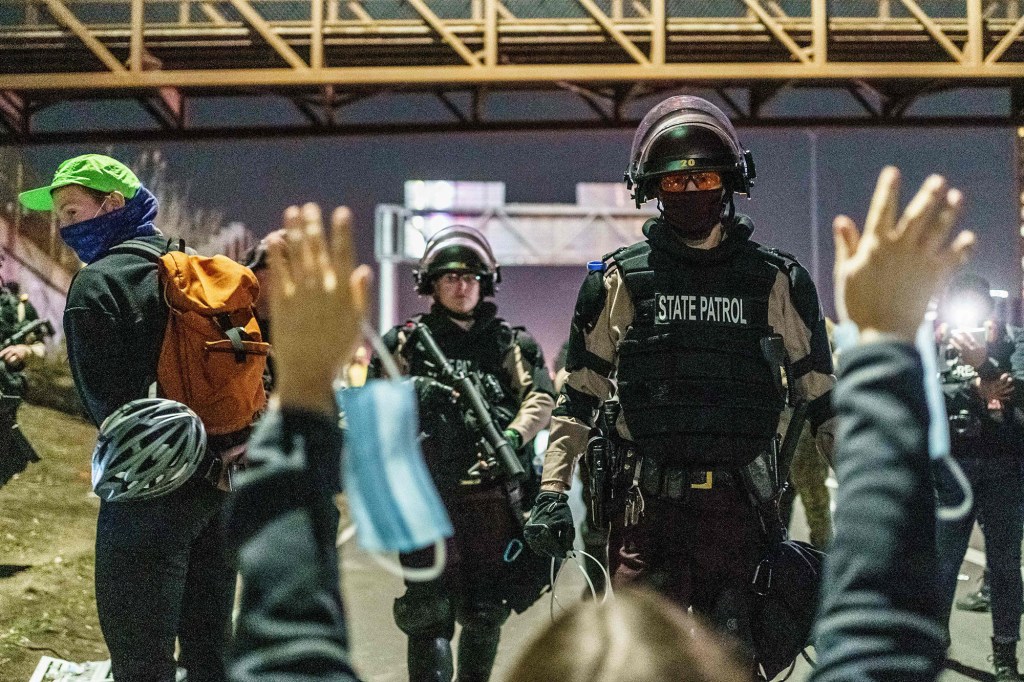 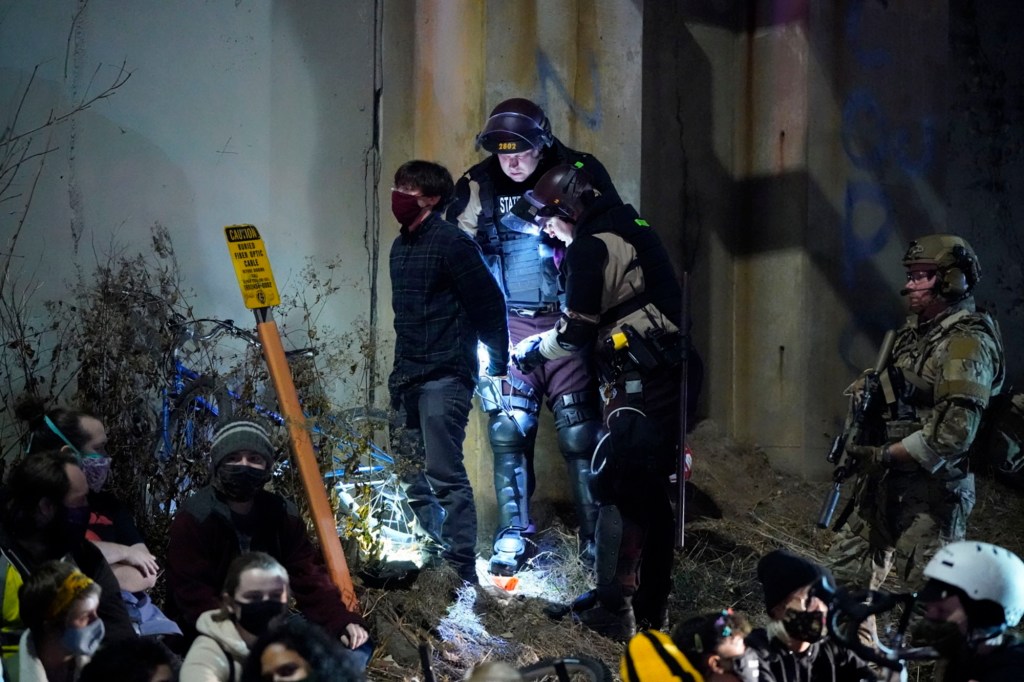 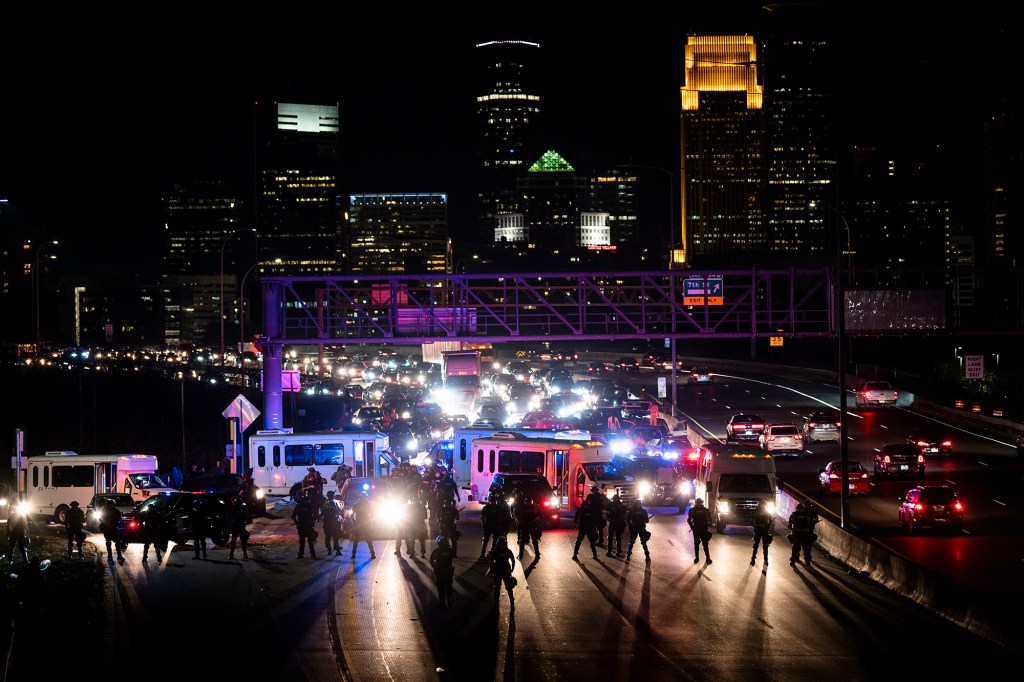 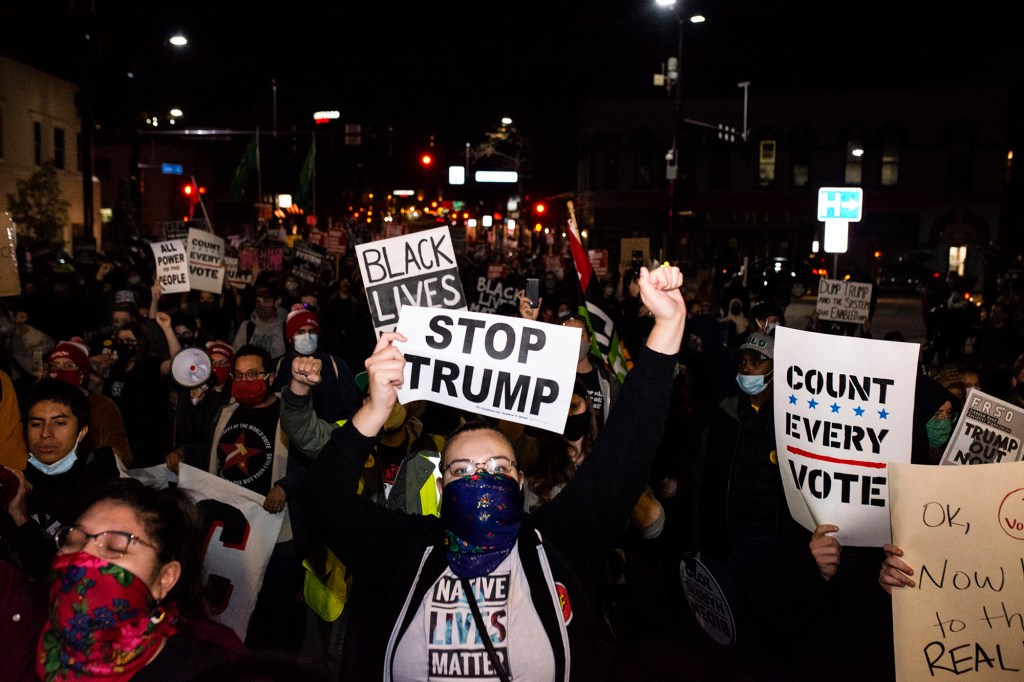 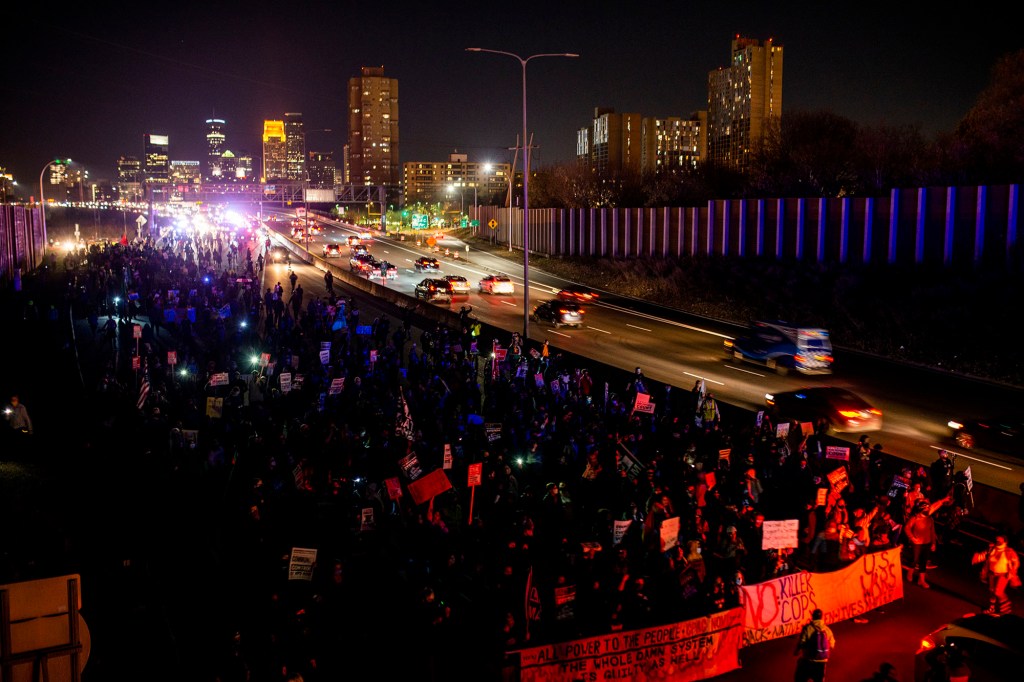 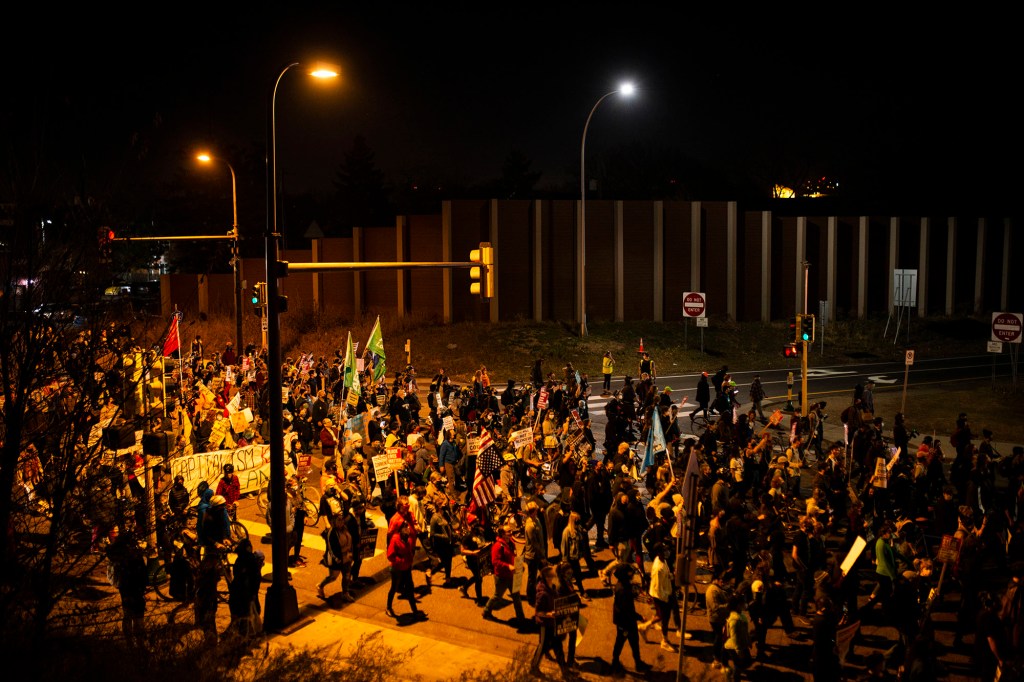 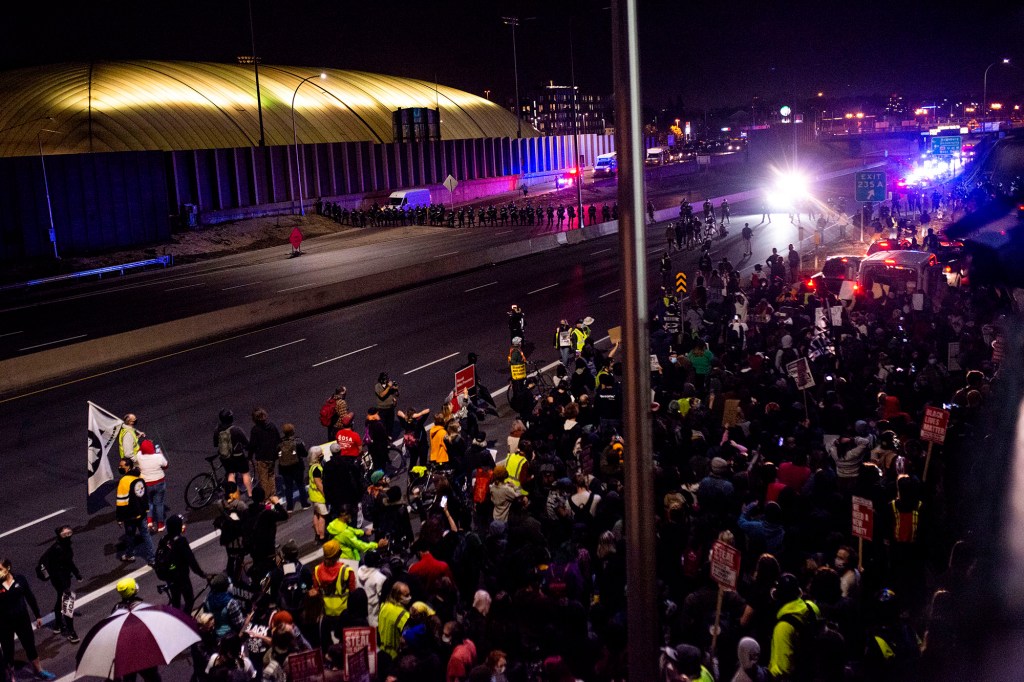