This is the shocking moment four British soldiers appear to use a picture of Labour leader Jeremy Corbyn as target practice.

A video shared on Snapchat shows the uniformed men repeatedly firing weapons at a shooting range in Kabul, Afghanistan, only for the camera to pan around to reveal they were aiming at an image of the MP.

As it zooms in on his face, at least fifteen shots can be seen peppered across the target. It is understood the rounds were paintballs, not bullets.

The video has caused outrage online with many branding the soldiers ‘fascists’ and calling for disciplinary action to be taken against them for ‘making death threats’.

The Ministry of Defence today branded the clip ‘unacceptable’ and said it has launched an investigation while Labour said it was ‘alarming’ and called for action to be taken.

It has been claimed the soldiers are from the 3rd Battalion Parachute Regiment, based at Merville Barracks in Essex, but the MoD has refused to confirm details of their unit.

Some on social media have suggested the footage is fake but the MoD confirmed it is treating it as legitimate. 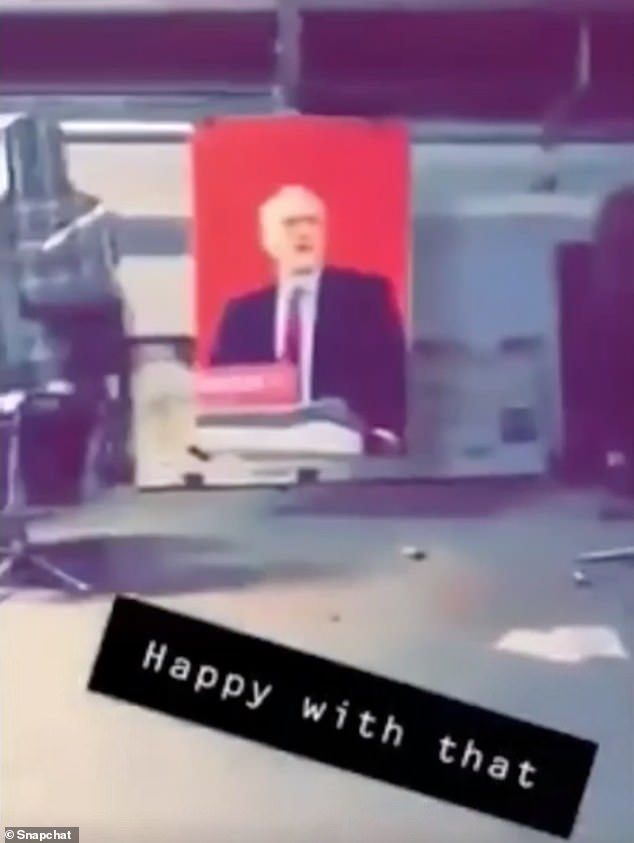 ‘British Army soldiers’ have been filmed using a picture of Jeremy Corbyn as target practice, pictured, in a video shared on social media 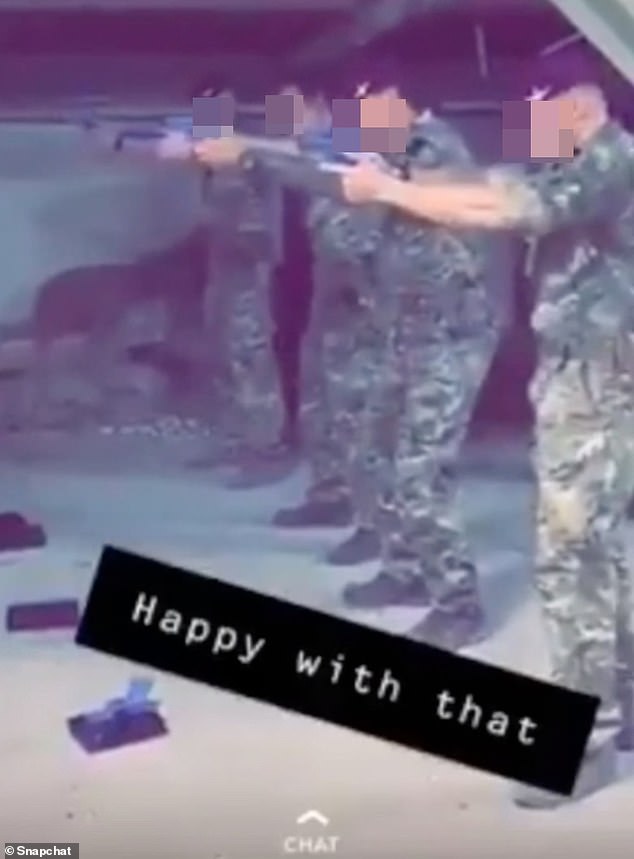 The four soldiers, pictured, were filmed on Snapchat firing paintball rounds at the picture at a shooting range in Kabul, Afghanistan

A Labour Party spokeswoman: ‘This behaviour is alarming and unacceptable. We have confidence in the MoD to investigate and act on this incident.’

The target appears to show the party leader speaking at a podium with the Labour logo in front of him.

The video also includes the caption ‘Happy with that.’

A link to the footage was shared on Twitter by former soldier and Military Cross recipient Trevor Coult, who also wrote ‘Not looking good for a Labour leader’ alongside a laughing emoji on his post.

The link has since been taken down and the footage appears to have been deleted.

The shocking clip has drawn wide criticism on social media, with one person dubbing the video ‘facist.’

Some online have claimed the unknown troops – whose faces can be seen in the footage – belong to the Parachute Regiment.

Many on social media slammed the footage particularly in the wake of the murder of Labour MP Jo Cox by far-right killer Thomas Mair in 2016.

Anthony Lock commented: ‘Not looking good for the Paras either lol. Outrage in the morning you watch.’ 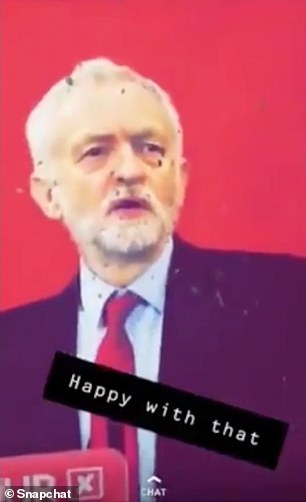 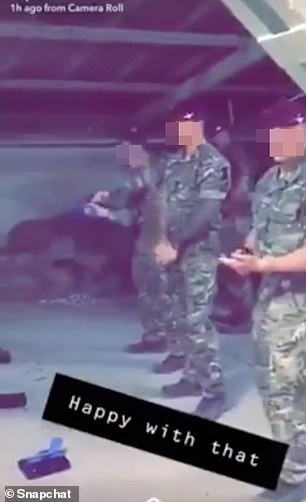 The camera zoomed in on the picture of Mr Corbyn to show several shots hit the target. Although there are claims online that the video is fake, it is understood the Ministry of Defence is treating it as legitimate

Another social media user described it as ‘extremely fascist behaviour’.

Anders Gardberg added:  ‘How deeply unprofessional. The task of any military unit in a democratic country is to defend the nation and its institutions, not even target them as a joke.’

Zach Martin posted: ‘Almost certain this is illegal but even if it isn’t against the law for uniformed military personnel to threaten death [on] a Member of Parliament, it’s undeniably f****** terrifying.

‘Gentle reminder that Jo Cox was murdered by a ‘British Patriot’ less than three years go.’

An Army spokesperson said: ‘We are aware of a video circulating on social media, this behaviour is totally unacceptable and falls well below the high standards the Army expects.

‘A full investigation has been launched.’