China has been ramping up its military drills and presence surrounding neighbouring Taiwan in order to intimidate the small nation. Video footage shows China’s PLA launching back-to-back missiles during an aggressive war rehearsal towards Taiwan, as the world watches on to see if China will try and retake Taiwan. The missiles can be seen and heard from miles away due to the noise they make upon detention and the smoke that trails behind them.

Military experts have been warning of the high chance that China will begin an all-out war with Taiwan, and could begin striking at any time as tensions have reached boiling point.

The video footage shows China’s military launching missiles up into the sky one by one.

Each missile leaves behind a trail of white smoke as they rocket towards its destination.

China’s PLA missile fire can be heard from all around the surrounding areas, as the missiles grumble loudly upon detonation. 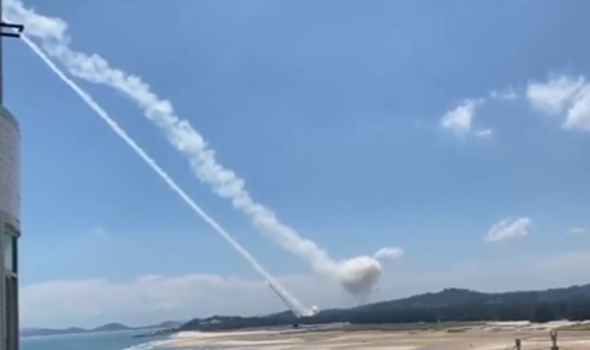 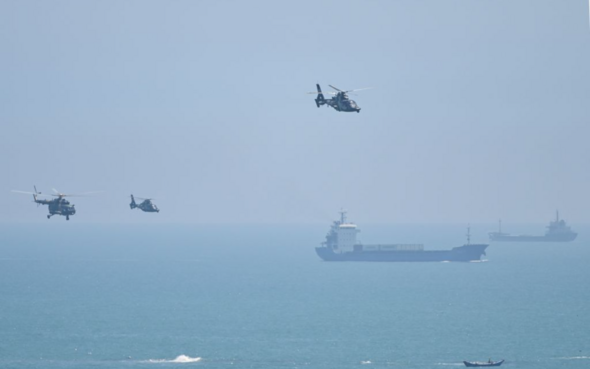 Users on Twitter have been reacting to the video footage.

@Lordeaux577 said: “Who else is tired of wars and of the people that perpetrate them?”

@Nick84883905 said: “The behaviour of nations regresses to being childish.”

@ChrisScott5222 said: “Pointless. China needs the US to keep buying their crap to keep the economy going.”

@Chrxswxxd said: “I dunno they kinda have 1.8bln Chinese and 7.4bln globally to buy what the US doesn’t.”

@DavidEJoseph said: “What happened to Ukraine?”

@Aproudleft2012 said: “Nice of them to celebrate Pelosi’s visit by sending fireworks just for her.”

DON’T MISS:
China vs Taiwan MAPPED: Was Taiwan ever part of China? [MAP]
Ukraine LIVE: ‘Changed into civilian clothes!’ desperate soldiers flee [LIVE]
POLL: Should the US back down in Taiwan after China’s warning? [VOTE] 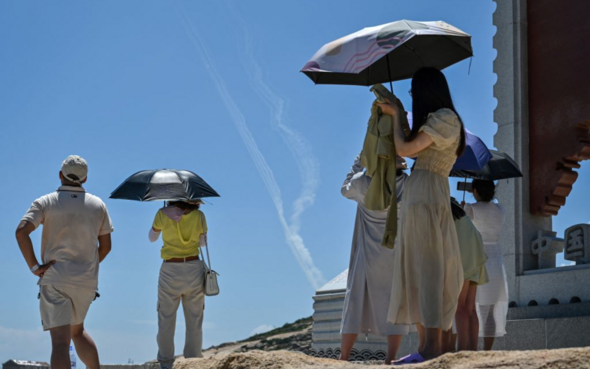 The former Chinese ambassador to the UK warned Taiwan that seeking protection from America would not work.

Liu Xiaoming Tweeted: “The one-China principle is the key stabilising force for peace and stability across the Taiwan Strait, and the three China-US joint communiques are the real ‘guardrails’ for peaceful coexistence between China and the United States.

“Clinging to the United States to seek “independence” is a dead end, and attempts to use the Taiwan question to contain China are doomed to failure.

“In the face of great cause of natl unification, the Chinese people have the gut not to be misled by fallacies, the ambition to never be intimidated or crushed, the determination to unite as one, & the ability to resolutely safeguard national sovereignty and national dignity.”